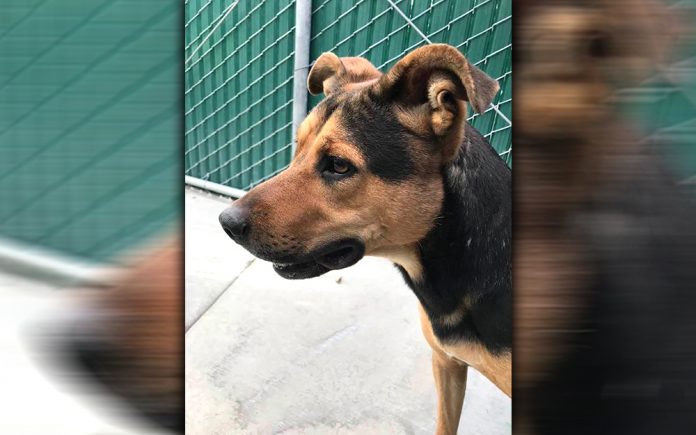 On July 6, 2019, this lovely 2 ½ year old German Shepherd dog was brought in to the San Bernardino county shelter at Devore.  It was a sad but familiar story when her owner explained he was giving her up because of an upcoming move.  The dog came in with no medical or other records, just her name which is Yuma.  Yuma was evaluated by the shelter staff to be a healthy dog, and she had a happy demeanor upon entry in spite of her predicament.

Over 5 months have passed, and Yuma is still in a kennel at the shelter.  How long can a shelter dog wait and still have hope that someone will come for her?  How long can a dog mentally survive without becoming stressed in a shelter kennel?  Yuma has the distinction of being the shelter’s longest resident.  The sadness has crept in, and the lonely dog watches as the neighboring dogs go off to happy homes.  The seasons have passed from a warm summer to a chilly winter, and the cold Santa Ana winds whip through the shelter.  Peaceful sleep is often interrupted when the dogs’ barking echoes through the nearby San Bernardino mountains.  Yuma spends her days alone in a shelter kennel, watching people pass by, and waiting for a home.

Staff report that beautiful Yuma has not been adopted because she no longer warms up to prospective adopters.  Numerous folks met with Yuma in the visiting area, but she was not selected when she did not engage with them.  Her withdrawn demeanor results in prospective adopters selecting another dog.  Most people want to adopt a dog who greets them with a happy wagging tail and joyful kisses.  Most people want a dog that will quickly bond and become a new best “furfriend”. 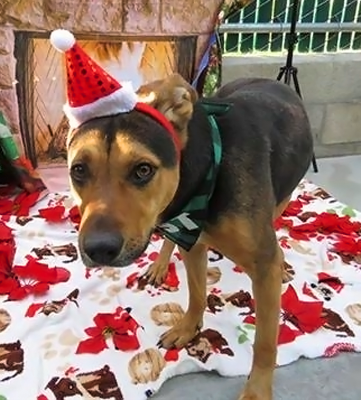 Animal advocate Jen Wyrauch Edson visited Yuma this week, and is networking her on Facebook.  Jen’s video shows a cautious Yuma in the visiting area with Jen.  However, after 10 minutes Yuma approached to sit next to Jen and gave her sweet kisses.  Jen states, “She looks to be in good health, and she wasn’t a barker.  They say she is not dog reactive.  She needs a little silence, good sleep and time to heal from the ordeal of being in a high stress shelter.  She is a GEM!”

The Devore shelter is having a special Home for the Holidays event from December 16 through December 22.  During that time, Animals aRe First Fund (ARFF) will subsidize the spay and neuter fees, so the cost to adopt a dog is only $25 and the cost to adopt a cat is $17 during those dates.  This publicized event will bring in more adopters, and hopefully one for Yuma.

When you go to meet Yuma, she will likely greet you with the same cautious reserve shown to others.  She may even bark at you through the kennel bars.  However, given a second chance, this sweet dog will transform into the dog she was meant to be after a few days in a loving home.  They say good things come to those who wait and we hope that will be true for Yuma.  There is nothing as special as the grateful heart of a rescue dog who instinctively knows you saved her.  Christmas is a time for miracles, and a waiting dog still dreams for the miracle of a loving family.