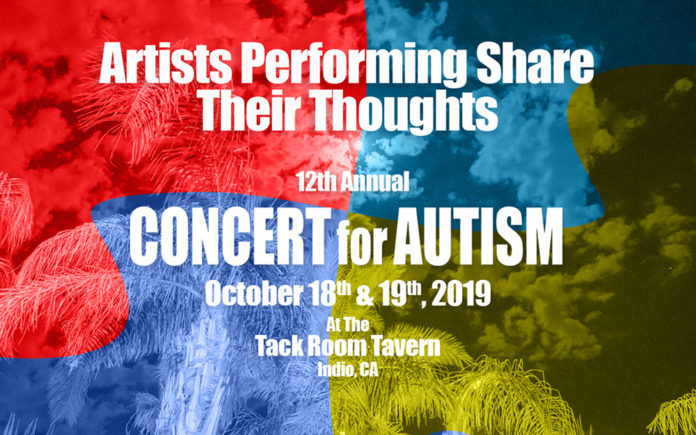 The 12th Annual Concert for Autism will be taking place at Tack Room Tavern at the Empire Polo Grounds at 81-800 51st Ave. Indio, California on Friday 10/18 starting at 5:30 p.m. and Saturday 10/19 at 4:30 p.m. and includes performances from virtually every upper echelon artist and band in the Coachella Valley and High Desert. There is a suggested $10 donation at the door and the event is all-ages until 10 p.m.

For the first time, the Open Mic for the Concert for Autism at The Hood Bar & Pizza will be held on Wednesday 10/16 from 8-10 p.m. and is all-ages. The open mic is free to attend and will be hosted by Matthew Claborn.

The official Concert for Autism Pre-Show Party is also at The Hood and will be held on Thursday 10/17. The line-up includes ORMUS, The After Lashes, Instigator, Plastic Ruby, Desert Roots and Cody White and the Easy Ride. The show starts at 7 p.m. and is all-ages until 10 p.m. with a suggested donation of $5.

Coachella Valley Weekly spoke with several of the artists performing at the multiple events to ask about their participation in the benefit and their connections to Autism. 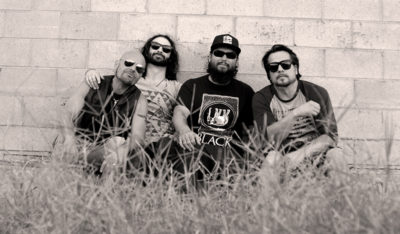 JOHN GARCIA (JOHN GARCIA AND THE BAND OF GOLD): “I’m stoked on doing this benefit for Josh. He’s a real genuine person. When he asked me if I wanted to do this, I said let me make sure the boys are OK with this and I jumped at it. If they weren’t able, I was going to ask Ehren Groban if he wanted to do the acoustic thing. My hat goes off to all the artists performing and donating their time. It’s a testament to how this desert has grown. It’s such a small place that’s given me so much so anytime I get an opportunity to give back and to help a good cause like we did for Idyllwild Strong Benefit Festival and now the Concert for Autism, it’s a good thing. I’m not going anywhere, this is my home. It’s a great place to raise a family. I love this place and it continues to grow. I’ve been going up to Idyllwild, Hurkey Creek and Hemet since before I was my son Marshall’s age. Growing up in Indio to Palm Springs to Morongo Valley to everywhere in between, who wouldn’t want to give back to something like the Concert for Autism? I’ve been blessed, my family has not been directly affected by Autism. It’s something that I’m not an expert on, but I know it affects families. I know Josh’s family is affected by it. It’s important to be aware. My daughter has a little bit of a learning disability and Marshall is a great student. Some of the things he struggles on we address and try and nurture him, so I am truly blessed.”

THE HELLIONS: “We are grateful to be performing for the 12th straight year at the Concert for Autism. As strong proponents for further research and study, we feel this is the least we can do to temper any financial burdens or misinformation that may provide unnecessary obstacles for friends and family struggling with Autism. As long as this event happens, our music family and community can always count on The Hellions to tear up the stage with rawk n’ roll shenanigans and knavery.”

TOM EDWARDS (FEISTY JOE): “Autism has not affected my life directly in my home however, it has affected my heart. I believe in love and people so if I can participate by sharing my talent and donate to something that will benefit others it is an honor. ‘He who climbs highest helps another up!’”

JETTA KING: “I’m so honored to be a part of this benefit. I’ve always wanted to participate and serve. When I was young, I was introduced to my Autistic cousin and I loved him so much. He seemed a little different but he was a genius! He could read perfectly at such a young age and he was/is so intelligent. I was around 9 years old and I would bring stacks of books to Thanksgiving for him to read. It was and still is amazing to know him. He’s a teacher now. I’ve always been fascinated by Autism and although I know it can be difficult sometimes for everyone, it’s also so rewarding and magical. It shifts your perspective in a beautiful way. They help us to see the world in a different way. Every brain is beautiful.” 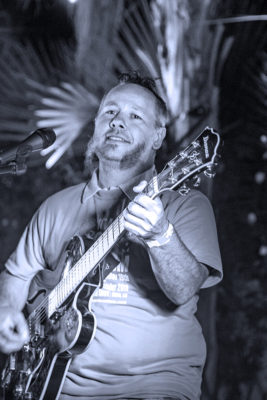 RICHARD FINN: “This will be my 3rd time participating and 4th one I’ve been to. I first met Josh at The Hood Bar & Pizza when I used to run the open mic and had him on my radio show at KCOD talking about the Concert for Autism. I asked to play and he said he would get me on the next year. Autism hasn’t directly affected anyone in my family, but many of my friends’ children have Autism. As an Iraq War veteran and advocate for veterans’ rights, I also know fellow veterans who have children with Autism. My goal is to help raise awareness for veterans and civilians with children who have autism. Until I met Josh, I hadn’t really been involved, but now I am and will also be participating in the Philadelphia Eagles Autism Challenge for the second year in a row and want to ride across the country on a bike raising awareness and money for Autism starting in Philly and ending in Southern California. Being made aware of Autism by Josh has impacted my life, so I donated my time to play, and want to do so much more to help.” 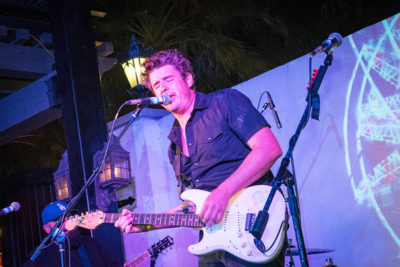 LANCE RIEBSOMER (BLACK WATER GOSPEL): “This is our third year performing at the benefit as a band and my 6th overall. It’s important for me on a personal level having a cousin with Autism and growing up with close friends who had family with it as well. It’s a real amazing feeling to donate your time and talent to a cause that hits this close to home.” 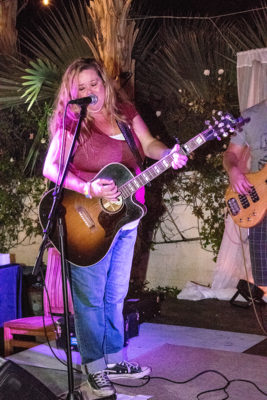 COURTNEY CHAMBERS: “I’ll be performing on Saturday night at Tack Room Tavern at 10:30 p.m. Seeing my friends with children who have Autism and the struggles they go through has given me a greater understanding to the need for help and support for these individuals and their families.”

BRADLEY BURTON (CAPTAIN GHOST): “We’re extremely honored to be donating our time and talents to such an impactful benefit event. I have a close nephew, Ezra, who is growing up with Autism. Although he’s shown much improvement over the years, I know how difficult it can be at times. Being able to help raise money for resources like these is so important for the families.” 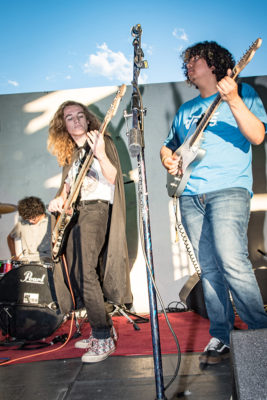 FRANKY ALTAMIRANO (FrankEatsTheFloor): “We’re super-honored to be a part of an event as positively reinforcing as this one. Not only do we get to share the stage with some killer bands, but it’s all for a good cause. As for Autism impacting my life, a handful of my friends and family are on the spectrum. I’ve been surrounded by differently abled people my whole life so it’s great that I get to support them through music.”

DAVAL FEBRA (ORMUS): “We are very honored and excited to be a small part of this event. This is something that we wanted to be a part of for a while but weren’t able due to the genre that we play, which is completely understandable. The fact that we were invited to play at the pre-party was the perfect way to support this awesome cause doing what we do best. We can’t talk about this without thanking Josh Heinz and everyone involved in making this possible. We are but a minuscule part of this whole event, the people who are making all this possible, that’s where the spotlight should be. We have encountered Autism through people in our lives who are Autistic who we are very close to and love very much, cousins and other relatives. While we may not know a lot about the ins and outs of the everyday care needed for someone with Autism, it is quite easy to understand the financial needs that this would entail, in some cases the resources are just not enough and it’s a very harsh reality to digest, but the fact that this is all going to help families out with those financial needs is very admirable. We hope to continue to be a part of this for years to come.” 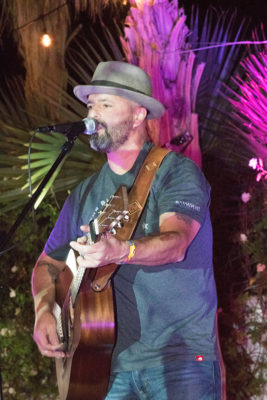 RICK SHELLEY: “I have friends and folks I’ve worked with over the years that have children with Autism. The thing that strikes me most about it is how different the effects seem to be for each of them; the effects on the child and on the family. I can however only imagine or speak about it all second hand, Josh and Linda handle it head-on every day. I’m happy that Josh asks me each year to play, that the musical community he’s such a big part of gets to help the Autism community his family is in. It’s about community, friendships, love and help.”

JOHN MAREK (PLASTIC RUBY): “Plastic Ruby is extremely happy to be supporting a good cause. Although Autism hasn’t personally impacted our lives, we know how important this is to Josh and that if we all do our part, we can make a dent in the statistics. We plan on bringing our brand of Desert Rock to the Tavern and performing songs from our self-titled EP.”

KRYSTOFER DO: “I think that it’s always important to give to your community. Musicians, artists, and entertainers, in general, have the power to raise awareness and collect funds that other people might not have the platform to do so. It’s important to do whatever you can to make the world a better place. I have a few friends who are on the Autism spectrum. I love them and care about their struggles, so doing something like this makes me happy, as I’m sure it does for them, too.” 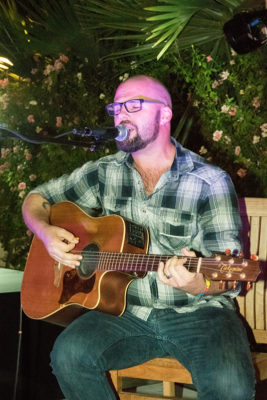 MICHAEL KEETH (DEATH IN PRETTY WRAPPING): “I’m honored to play for the benefit! Though I don’t have any personal experience with Autism, I have several friends who have family members on the spectrum. I’m always happy to help raise money for research and resources that will help to understand and improve the lives of those affected by Autism.”