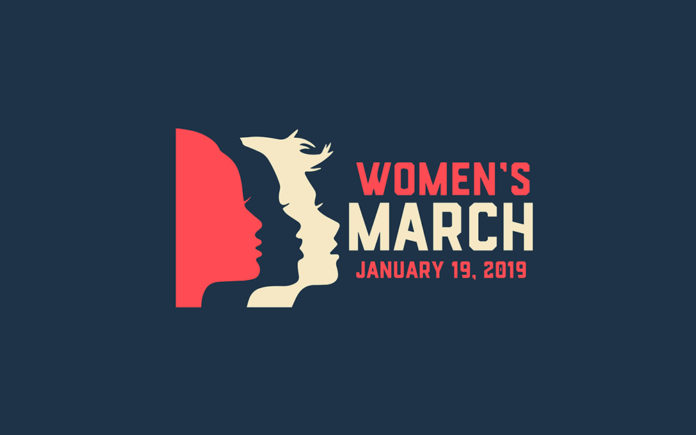 On Saturday, January 19, women from across the Coachella Valley and others who cannot sit idle while the president and his administration advance policies harming women, ignore laws protecting minorities, and erode the norms of our democracy, will march in solidarity with millions of people around the world.

The 2019 Coachella Valley Women’s March comes two years after the historic worldwide protest the day after Donald Trump’s inauguration. Since then, the movement has inspired thousands of women to speak out, vote, and run for office. And today the US Congress has more women members than at any point in history.

Yes, there are reasons to be hopeful, but 2019 is no time to slouch off. This year you can keep celebrating by staying involved, volunteering for your favorite nonprofits, giving to women support services, or signing petitions to stop harmful legislation.

“We want the big takeaway for participants in this year’s Women’s March to be that the Coachella Valley needs to use 2019 to prepare for the Census and the presidential election in 2020,” said Karen Borja, Director of Community Affairs in Riverside County for Planned Parenthood of the Pacific Southwest and one of the valley residents organizing the event. “The speakers at this year’s rally are prepared to be more than inspiring. They are prepared to talk about their own participation in their places or work, in their families, and even in their schools. It will be up to everyone in the Coachella Valley to exercise our activist muscles in 2019.”

Ruth Debra, a local activist and march organizer, added: “We are organizing the Coachella Valley Women’s March because many local women want to be part of this worldwide movement. Under the current administration, women’s visibility and rights are at an all-time low. Racism and bigotry of all kinds are given permission to flourish. We must show up and speak out again and again, and we hope many in the Coachella Valley will join us. This March is open to all people.”

So on January 19, hundreds of people are going to flood the streets of Palm Springs as millions of others do the same in cities across the globe. The #WomensWave is coming, and we’re sweeping the world forward with us.