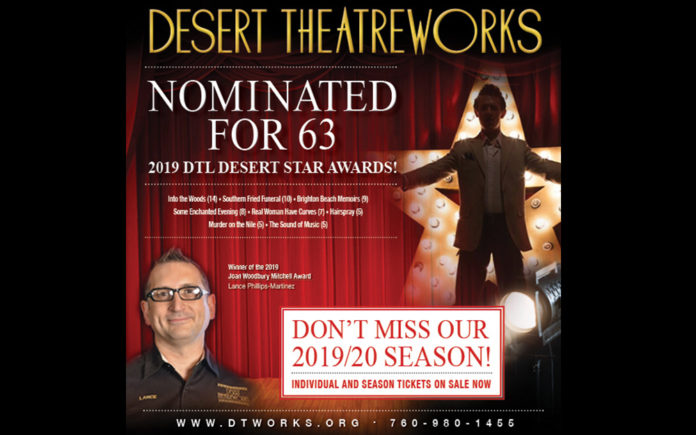 “We at DTW are delighted to be have the most nominations of any theatre company this past season.” says Artistic Director Lance Phillips-Martinez. “The annual awards ceremony is a wonderful time for everyone to celebrate the dedication and hard-work of everyone from our entire theatre community.”

The full list of nominations can be found at www.deserttheatreleague.org The awards ceremony will be held on Sunday, October 13th at Sun City Palm Desert.

Desert Theatreworks is a 501(c)3 Community based theatre company serving the Coachella Valley. If you would like photos or more information, please contact Iris Navarro at 760-980-1455 or email at iris@dtworks.org.