This week, there was a TV news report about a cameraman who filmed the hijacking of his own news van by a gunman and the subsequent, dramatic arrest of the hijacker at a gas station. It was a sensational and gripping report, but was it really “news”? Or merely a milder case of TV creating images that get ratings during “sweeps” (when ad rates are evaluated by audience numbers)?

The fierce competition for eyeballs — and product – never ends in all media, but especially so for print and electronic outlets. “If it bleeds, it leads,” has long been a coda for tabloid journalism. But what happens when factors in the news media itself are the cause of the mayhem so vividly covered? 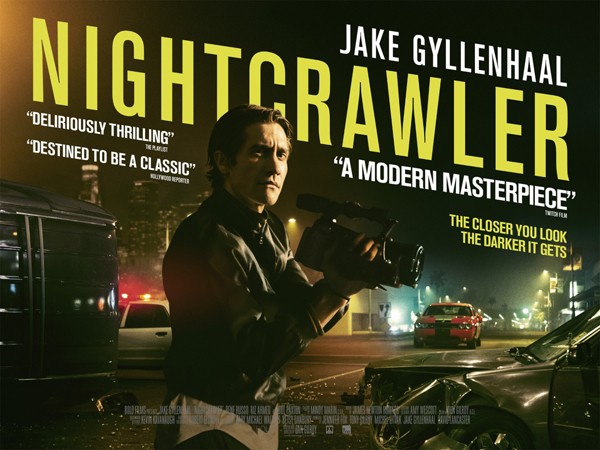 NIGHTCRAWLER
Writer director Dan Gilroy knocks his latest film out of the park. This exceedingly disturbing character study of a dangerous (aren’t they all?) sociopath is an über dark, suspenseful thriller that taps into the murky world of TV journalism and the ferocious competition for sensational images — the more violent and bloody the better — in an effort to jack-up ratings.

Although out for a week, I missed press previews and finally caught a showing at Cinemas Palme d’Or after a rave review by our son, who — although very picky about movies he likes — said we needed to see it as soon as possible. So we literally raced to the theater. I was gut punched by this sleek, slick modern noir masterpiece that unflinchingly follows Lou Bloom (Jake Gyllenhaal), a petty thief and an ambitious, bright, amoral opportunist, as he quickly learns the ropes of making a few bucks as a free lance video provider for Nina (Rene Russo), an independent TV station’s morally challenged and desperately competitive veteran news director. 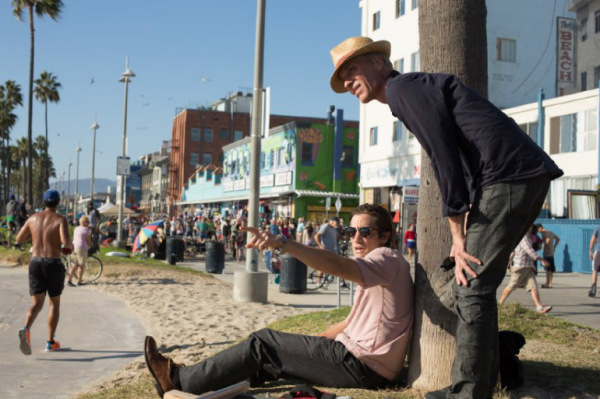 This is Gyllenhaal’s best film performance. His Lou is a fast study who quickly learns the ropes of capturing, composing and selling graphic images. Without much of a private life — he does have a plant in his tiny apartment — the intensely focused Lou prowls LA by night, a hungry predator. His prey are accidents, fires and murders he captures on video. He has no problem re-arranging crime scenes for the best possible shot. After all, he’s an artist. He discovers ways to further exploit a situation. In one case, while listening to a police scanner reporting a home invasion, Lou arrives before the police. He hides, hears gunshots, videos the killers as they race off. He captures the killers’ faces and a car license on his camera (which he keeps to himself for now), then enters the gruesome crime scene of the multiple murder site.

This incident, and the wide coverage of the carefully selected images Lou makes available, propels the movie and allows Lou to further manipulates events, increasing his value, credibility and danger.

But in the end, it’s Lou who is the story and he never forgets it on his cold, calculating journey to hell. I was provoked by the powerful morality of this timely fable that deserves to be seen and discussed. Apparently our desire for ever-more graphic images and stories cannot be satiated. Is there a limit to the media exploitation of our most base desires – and fears? I guess not. That’s a given. But at what price? Beautifully photographed, NIGHTCRAWLER has the best LA night scenes I’ve ever seen. I loved the many ordinary locations slyly composed and lit. Don’t miss this surreal, killer noir thriller. There’s not an ounce of fat on the tight screenplay. I could hardly breathe during the last half. (I could actually hear the blood pounding in my ears and at first thought it was on the cool soundtrack!) Highest recommendation. 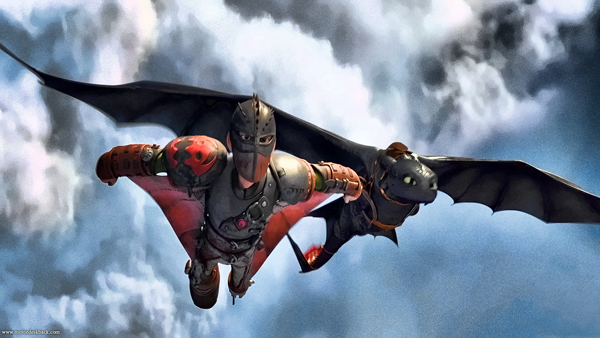 HOW TO TRAIN YOUR DRAGON 2
Writer director Dean DeBlois added lavish detail and unnecessary complexity to his sequel to the original 2010 hit animated film that featured perhaps the best 3D flying action of all 21st century films– including AVATAR.

Building on everything that worked in the original, the follow-up is stunningly animated, sometimes humorous, surprisingly emotional, and finally deadly serious and features a much larger mythic world than before. The plot at times seemed a tad Tolkienesque as it fragmented into subplots. Yes, there’s a lot to keep track of. However, this terrific action adventure is an ultra rare family film that actually works for all ages. Return to the island of Berk and prepare to meet Bewilderbeast and the gathering apocalyptic storm on the horizon. Does Toothless have what it takes to be a hero? Generous extras abound with many featurettes and a fascinating commentary track. DreamWorks. Blu-ray. 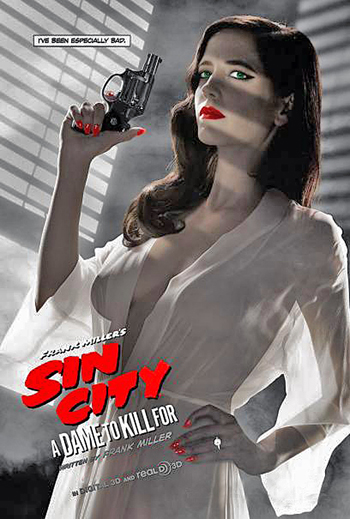 SIN CITY: A DAME TO KILL FOR

Josh Brolin, Joseph Gordon-Levitt, Jessica Alba, Eva Green, Mickey Rourke, and Rosario Dawson Gail star in Frank Miller’s lurid, brutal graphic noir brought to 3D life. I was dazzled by the clever, stylistic choices that jumped off the screen in stark black and white with bits of color here and there. Grim as it is, the movie is a feast for the jaded eye. At times, I was unsure if this film was an intentional parody of the original. If so, that conceit almost works.

I was mesmerized by Mickey Rourke’s lumbering, big faced behemoth as I was by Eva Green’s bold, intimidating, nearly naked Ava. But I am not sure this iteration really adds anything to the 2005 original. Co-directors Robert Rodriguez and Frank Miller weave two of Miller’s classic hard-boiled crime stories with new ones for this outing that is rather less satisfying than the ground breaking original. Anchor Bay. Blu-ray 3D.