We hope your Thanksgiving celebration is fabulous for you and your loved ones…and the turkey didn’t mind too much! After all, that beautifully feathered bird was the centerpiece—shorn of his glory, but the star of the show and delicious to boot. In fact, the Gobbler- in- Chief will continue that role in sandwiches, hot-dishes and casseroles of every ethnicity on the globe, aided and abetted by condiments from cranberries to spiced apples, slathered in gravy (if there is any left) and frozen for the months ahead when new recipes are spied. Ah, life is good today from the first Thanksgiving in 1621 when the Plymouth Pilgrims sat down with the Wampanoag tribe to share a bounteous meal. We understand that menu included lobster, seal, salmon and just harvested corn-on-the-cob, thanks to Native American Squanto, gardener-guru. Special thanks to him and Uncle Phil, please don’t let Tommy pass the gravy to Grandpa. Oops. 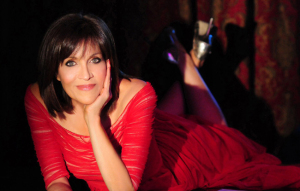 Tuesday and Wednesday, December2 and 3. Always Hot-on-the-Docket, the favorite Cabaret 88 series returns to the Annenberg Theater at PSAM (Palm Springs Art Museum). Broadway musical\film\TV\ actress Joan Ryan lights up the stage w ith her performance that highlights a solid show-biz history including turns as headliner, guest star and soloist in “An Evening of Gershwin” with the San Diego Symphony, “Joan Ryan and A Few Good Men,” “Nunsense,” “Little Shop of Horrors” and on TV’s “The Young & the Restless.” In 2015, the Cabaret series include Kevin Earley in January, Billy Stritch in February, Spencer Day in March and Donna Theodore in April. Tickets are $88 and include a pre-show reception in the museum’s Marcuse Sculpture Garden. Tickets and can be ordered on-line at www.psmuseum.com or by calling the box office 760-325-4490. Follow the museum on Facebook, Twitter and InstaGram. 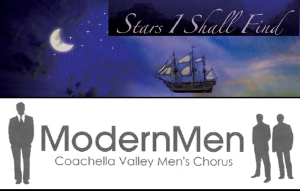 Wednesday, December 3, 7 PM, and Saturday, December 6, 3 PM. “Stars I Shall Find,” The Holiday Concert. Lifting their voices in the songs of the Holiday Season are the MODERN MEN, the Coachella Valley Men’s Chorus, a new 50 member men’s choral group, created under the Artistic Direction of , noted composer and director Bob Seeley, with piano accompanist Bruce Magnum. Put simply, the group says in chorus, “We are MODERN MEN, who love to sing.  Familiar carols such as “God Rest Ye Merry Gentlemen,” “The First Noel,” “Santa Baby,” and surprising humorous -fare from contemporary song-books, plus Hanukkah favorites. We welcome to our ranks all men in the Coachella Valley who love to share their voices.”   In fact, open rehearsals are Tuesday nights at Metropolitan Community Church, 32150 Candlewood Dr, Cathedral City, 7 to 10 PM. Hear them perform at Temple Isaiah, 332 W Alejo Rd., Palm Springs. Tickets, $25 per person purchased from a chorus member, or online at www.ModernMen.org 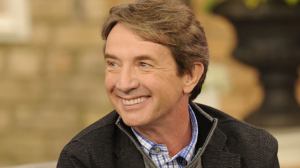 Thursday, December 4. Time for the McCallum Theatre Annual Fundraising Gala starring this year Six-Time Tony Award Winner Audra McDonald, Broadway/TV and recording actress/performer, and Tony and Emmy Award Winner Martin Short, comedic performer (SCTV and Saturday Night Live), plus solid credits as actor, writer, singer, voice actor, and producer, on Broadway and on film. The event is co-chaired by Helene Galen and Harold Matzner. Invitations have been mailed for the performance and pre-show dinner at one of four restaurants: Cuistot, Jillian’s, La Spiga and Wally’s Desert Turtle. The Annual Gala will also pay tribute to Donna MacMillan, a woman of monumental generosity. Proceeds from this annual fundraising event help fund McCallum Theatre operations as well as arts education programs that bring training in theatre, dance, music and visual arts to 40,000 schoolchildren and educators each year, in 228 classrooms.  These funds also make it possible to continue to bring world-class performances to over 150,000 residents and visitors to the Coachella Valley annually. Additional invitations and sponsorships are available now and may be obtained by contacting Judi Cohen, Manager of Special Events at (760) 776-6186 or jcohen@mccallum-theatre.org.  The McCallum Theatre Box Office, its phone center and website, are the only authorized outlets for tickets to performances presented at the Theatre. Tickets purchased from any other sources, such as brokers or secondary market websites, are purchased at consumer’s own risk and cannot be guaranteed as valid. 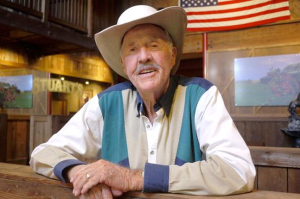 Thursday, December 4, 4:00 – 6:00 PM. Say “howdy” to Stuart Anderson, no vegan, who built the Black Angus Steakhouse, America’s #1 restaurant chain of the 1980s, who knew where the beef was because he ranched and raised them on his own 26,000 acre spread on Washington state. Author of Corporate Cowboy, Anderson will sign and discuss his memoir which is told with his inimitable wit, straight forward cowboy logic and clever business savvy. He writes of WWII, business start-ups and step-downs, management feuds, love affairs, community service and so much more, sharing both his successes and failures, telling tales of his posse of pals, plus juicy inkings of Hollywood stars and business big-wigs he’s met and befriended along the trail.. Presented by the Friends of the College of the Desert Library. Members, $35, non-members $40. Price includes refreshments, book, author discussion and signing. All proceeds benefit the COD Library. At OMNI Rancho Las Palmas Resort and Spa, 41000 Bob Hope DR., Rancho Mirage. More Info, call 760-333-0733. 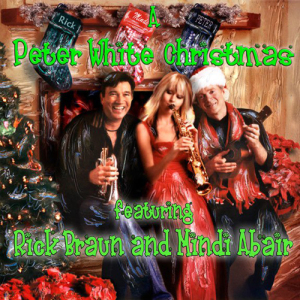 Friday, December 5, 8:00 PM. Very Merry! That’s what happens when KJJZ’s Jim “Fitz” Fitzgerald and the McCallum present “A Peter White Christmas.” It’s the happy result of a harmonious blending of all that is jazz with holiday favorites produced for one performance only with guest artists Rick Braun, uber-meister of the horn from trumpet to flugelhorn and Mindi Abair, known for her smooth jazz saxophone. Rick’s latest album, Can You Feel It, returns to his jazz-funk roots.” A crisp freshness and vibrancy mirrors the great pleasure” the musician felt making it, says a reviewer. Born in St. Petersburg, Florida, Mindi’s debut album, It Just Happens That Way (2003), stayed in the Top 10 for 19 consecutive weeks and Life Less Ordinary (2005) remained in the Top 20 for 45 weeks. This performance is sponsored by Desert Lexus, CBS-TV2 and KJJZ 102.3-FM. Tickets are $75, $55, $45 and $25 and are available at the Theatre’s web site at www.mccallumtheatre.com, or by calling the box office at (760) 340-ARTS. The McCallum Theatre, 73000 Fred Waring Drive, Palm Desert CA. 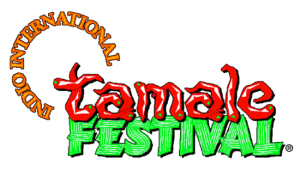 Saturday, Dec. 6 and Sunday, Dec. 7. Free to all attending, it’s time for a Weekend of celebration when the 23rd Annual Indio International Tamale Festival welcomes at least 125,000 people, including families of all ages from Tots to Grand-pops! Led by Grand Marshal Randy Caballero, a.k.a. “El Matador,” world-champion Bantam Weight, at Fantasy Spring Resort Casino, official presenting sponsor since 1999, the excitement starts with a parade on Saturday at 10 AM from Miles Avenue Park to Oasis St. Members of the Indio City Council, led by Mayor Lupe Ramos Watson, will be in the parade with Santa Claus at its end in an antique Fire truck. Performers will appear to the delight of the crowd on five stages, and revs up with the 2nd annual car show, an art and wine garden, arts and craft exhibits, vendor exhibits, sponsor displays, live entertainment, family-friendly activities, and of course, tempting, tantalizing Tamale Booths! Ranked one of the top ten “Food Festivals” in the nation, the Festival features the traditional competition for the best Tamale recipe, and a Tamale-eating contest. For more info, contact its producer Keva Works, Inc., 760-832-8620, ext. 46; or online at www.tamalefestival.net.