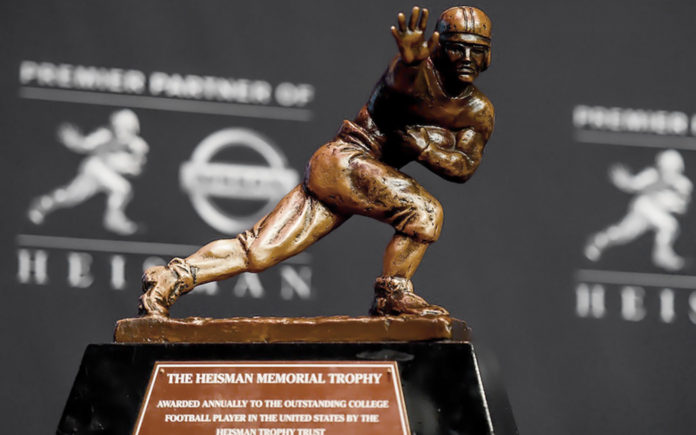 Listing the 5 greatest college football players of all-time sounds simple, but with over 125 years of history to sift through, the task is a lot more difficult than it sounds. With every new season, a new group of talented players take the field, but very few of them become legends. We took those legendary players are narrowed it down to the best of the best. Being a star player is meaningful, but being an iconic one is even truly rare. These players made the most of their college experiences, and they’ll be remembered forever.

Tony Dorsett is a little guy who ran fast and made a lot of defenders miss him. He played at Pitt when the Panthers were relevant on the national scene. He led Pitt to the 1976 national championship while earning the Heisman Trophy. He made first-team All-American three times (1973, 1975 and 1976), and he finished his career with 6,082 rushing yards, a record that would stand until Texas’ Ricky Williams broke it in 1998. Dorsett was eventually the No. 2 overall pick of the Dallas Cowboys in 1977, who he went on to have a Hall of Fame career with.

Considering his success on and off the football field, it’s pretty strange that any debate involving former Gators QB Tim Tebow stirs up such a mix of emotions. He’s one of the most loved and hated players to ever play the game, but you can’t deny his success as Florida’s quarterback. He played a role in the Gators’ championship season during his freshman season in 2006 and followed that up as the first sophomore to win the Heisman Trophy. While he never picked up the second Heisman, he was always in the running and also led Florida to the 2008 BCS championship. Tebow finished with some gaudy statistics, including 88 touchdown passes and 57 touchdown runs. He was only intercepted 15 times in four years.

During Barry Sanders’ first two seasons at Oklahoma State he was pretty much an unknown as the backup to Thurman Thomas. Once he got his chance to be the featured back, Sanders delivered what many consider the greatest single season in college football history. Sanders rushed for 2,628 yards while averaging 7.6 yards a carry and cruising to the 1988 Heisman Trophy. He also had 42 touchdowns when you include his outstanding performance in the Holiday Bowl that season. Sanders left for the NFL after the season. In addition to his glorious college career, Sanders excelled at the pro level, and is widely recognized as one of the top running backs in NFL history.

Herschel Walker was the best running back to ever play the game, and he exploded on the scene as a freshman at Georgia in 1980, the same year the Bulldogs won a national championship. Walker followed up his amazing freshman season with 1,891 rushing yards and 18 touchdowns; however, he finished second in the Heisman voting to USC’s Marcus Allen. He finally won the coveted prize his junior year, when he rushed for 1,752 yards and 16 touchdowns. Walker discovered a way to skip his senior season and turn professional with the new USFL. While he would have given Archie Griffin a run for multiple Heismans, his early departure does not detract from his greatness.