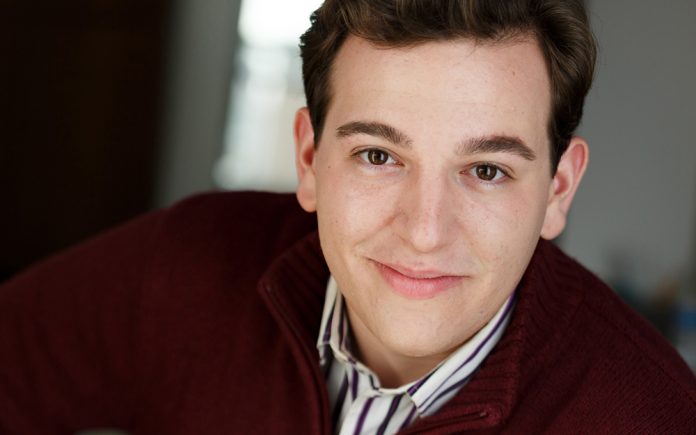 This timeless classic comes to life on Saturday, December 14th at Fantasy Springs Resort Casino. A Charlie Brown Christmas Live On Stage features Charlie, Snoopy, Lucy, Linus and the rest of the Peanuts gang played by stage actors as they discover the true meaning of the season.

We spoke with Thomas Netter, who plays the shy-but-determined Charlie Brown, ahead of the national touring production’s stop at Fantasy Springs.

FELCI: You grew up in upstate New York. Was your house filled with music and a love of the theatre?

NETTER: “Yes! I first fell in love with musical theater watching classic movie musicals like “Singin’ In The Rain” and “White Christmas” with my mom and grandma. Luckily, living only two from New York City, we had a lot of great local theatre run by industry professionals, which made for so many great learning opportunities. Once I started performing, I was hooked!”

FELCI: Prior to joining the production, how aware were you of the Peanuts characters? Did you watch the holiday special as a kid?

NETTER: “Who doesn’t love Peanuts? It seems like they’re the one constant for each and every holiday. I remember watching the Christmas special almost every year, whether it was on VHS in the school classroom on a rolling cart or on TV at home with my family.”

FELCI: He may be from a comic strip, but Charlie Brown is an iconic character. Did you have any trepidation about taking on the role?

NETTER: “There was definitely some apprehension with taking on such a beloved character like Charlie Brown. But everyone has such a connection with Peanuts, and Charlie Brown is the everyman! It’s such a gift to bring him to life on stage and share him with a new generation, because there is a little Charlie Brown in all of us.”

FELCI: Vince Guaraldi’s score is a key component of both the TV special and stage show — it’s practically a character in itself. What’s your favorite song?

NETTER: “The opening number, “Christmas Time Is Here,” is one of my favorite songs to perform. Recreating the iconic ice-skating scene with some fantastical theatre magic excites the cast, crew and audiences alike!”

FELCI: Speaking of audiences, there’s a big difference between performing for adults and for children…

NETTER: “Kids respond so positively to our show, and I think so much of that has to do with seeing “kids” up onstage! It’s so fun as actors to be able to heighten our sense of play and revisit the feeling of curiosity that all kids have. What also makes this show so special is the adults who grew up with these characters are now bringing their kids and grandkids to the show, and these families get to experience the magic of the Christmas special in a whole new way.”

FELCI: Speaking of adults, do they really sound like the way they do when they talk in the Peanuts specials?

FELCI: Fantasy Springs is in the Palm Springs area. Are you looking forward to a little sunshine?

NETTER: “Oh, very much so! This will be my first sunny and warm Christmas.”

FELCI: Has performing in this show made you appreciate the true meaning of the holidays?

NETTER: “It’s hard not to get a little emotional hearing Linus’ speech about the true meaning of Christmas. ‘Peace on earth, and good will toward men’ is universal! With all the hustle and bustle of the holidays, it’s a wonderful reminder to focus on giving, treating one another with kindness, and appreciating what we have. Peace is the collective wish that we all share together.”

Tickets for A Charlie Brown Christmas Live On Stage starting at $39 are now available at the Fantasy Springs Box Office, via phone (800) 827-2946 and online at www.FantasySpringsResort.com.