This much anticipated film might be the most expensive film ever (about $200 M).  It’s also a sequel and culmination of 10 years and 18 previous movies set in the Marvel cinematic universe! This time around, Iron Man, Thor, the Hulk and the rest of the Avengers unite to battle their most powerful enemy yet — the evil, genocidal maniac Thanos who’s on a mission to collect all six Infinity Stones. Thanos plans to use the artifacts to inflict his twisted will on reality itself.  He’s out to eliminate half the universe’s population “to restore balance.” The fate of the planet and existence itself has never been more uncertain. Everything the Avengers have fought for has led up to this unsettling, apocalyptic moment.

This gargantuan epic is an eye-popping spectacle that’s a showcase for the current state of cinematic art.  It’s a little long and crammed with so much that it may be difficult for non fans to find much emotional resonance.

Marvel Studios head Kevin Feige and directors Anthony and Joe Russo have delivered everything that die-hard Marvel devotee could possibly expect, with a stunning third act that will leave audiences wondering what’s next for our heroes?   See it at Mary Pickford/D’Place Entertainment. 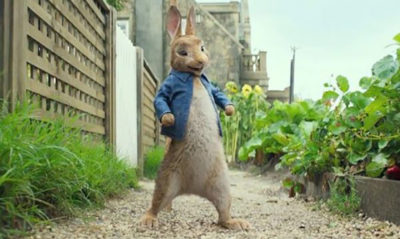 Beatrix Potter’s Peter Rabbit, that mischievous rodent hero, has captivated generations of readers.  This irreverent, live-action comic adaptation based on Potter’s beloved characters tries a little too hard to be contemporary.

Parents need to know that Mr. McGregor dies on-screen, and Peter’s parents are said to be dead (remember, his father was eaten in a pie).

The film amps Peter’s feud with Mr. McGregor (Domhnall Gleeson) to new heights as both vie for the affections of the warm-hearted animal lover (Rose Byrne) who lives next door. Co-writer director Will Gluck makes the most of his iconic source material.

The animation and live-action mix are better than I expected. Nice rendering on the fur and physicality of all the creatures.  The voice work is spot on.  James Corden’s Peter is playful and disarming. Margot Robbie, Elizabeth Debicki, and Daisy Ridley are the just right as the voices of Flopsy, Mopsy, and Cottontail.  Sony animation.  DVD. 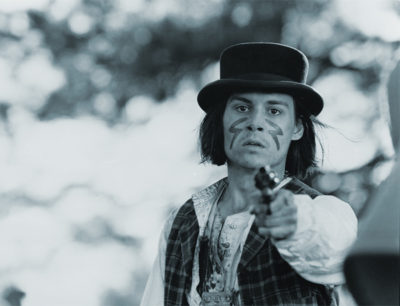 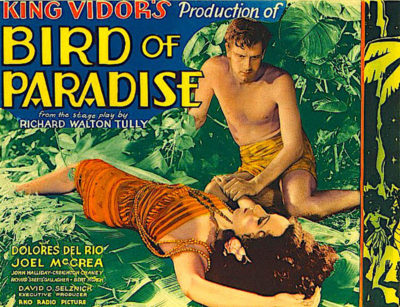 Joel McCrea stars as Johnny, the youngest member of a sailboat crew. When his ship docks at a South Pacific island, the crew spends time with the natives, especially sexy Luana (Dolores del Rio) who dances half-naked to tribal drums. Johnny falls for Luana who is promised to the island’s prince. When Johnny’s ship and mates leave, he stays behind and teaches Luana how to kiss. The pair play house (or grass shack) at a private oasis on the far side of the island.  Though not ethnologically nor anthropologically based, this innocent nonsense about a girl, a sailor and a volcano has beguiling moments of sun-dappled euphoria that challenged the social mores of the time.

Johnny and Luana are Adam and Eve in paradise. But when the island’s volcano demands a sacrifice, Luana decides to do her duty and return to the village — against Johnny’s wishes.  But can he stop her?  Director King Vidor’s pre-code erotically charged tropical fantasy still delivers a sensual satisfaction thanks to the palpable chemistry between McCrea and del Rio—two remarkable human specimens. Rescued in HD from a fragile and volatile 35mm silver nitrate negative preserved by the George Eastman House Motion Picture Department.  KINO LORBER.  Blu-ray