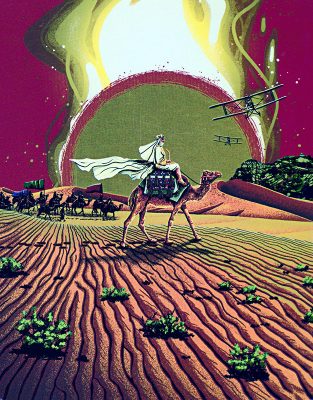 This week saw the arrival for the home theater of two superb David Lean films remastered in 4K and also a sketchy, misleadingly titled South African production obviously meant for streaming – we used to call these low-budget productions “direct-to-video” now they are relegated for streaming platforms and the bargain bin at Walmart.

Celebrating its 60th anniversary.  Winner of 7 Academy Awards including Best Picture of 1962, this extraordinary film stands as one of the most timeless and essential cinematic masterpieces.  Most film buffs consider this magnificent epic perhaps he greatest achievement of its legendary, Oscar-winning director David Lean. (1962, Lawrence of Arabia: 1957 The Bridge on the River Kwai), 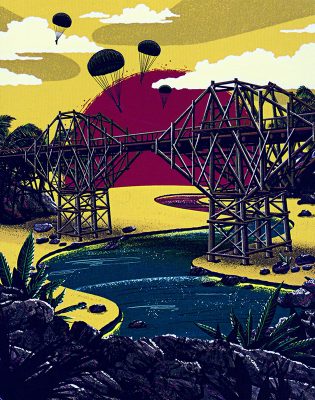 THE BRIDGE ON THE RIVER KWAI

Spectacularly produced, the movie captured the imagination of the public and won seven 1957 Academy Awards including Best Picture, Best Actor (Alec Guinness),and Best Director.  Even its semi-addictive theme song, an old WWII whistling tune, the Colonel Bogey March became a massive hit.  The movie continues as one of the most memorable cinematic experiences of all time and it looks and sounds great on a widescreen 4K home system.  MGM 4k/UHD.  Along with LOA, this is an essential item for the home movie library.  Hopefully, more David Lean films will get a similar treatment.

Both Lean films are loaded with fascinating and very watchable extras and both are packaged in a durable metal box with new, original art. 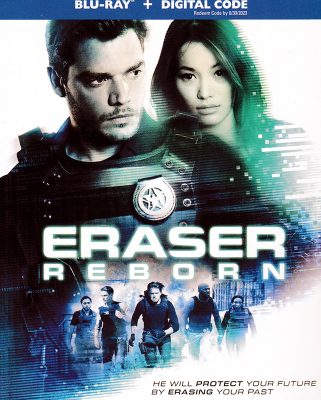 Be warned – or perhaps I should say caveat emptor – this iteration is not a sequel by any stretch of the imagination.  And it’s not really a remake.  What it is then can only be called a revisit of the core story mostly with unknown (to me anyway) actors.

U.S. Marshal Mason Pollard (Dominic Sherwood) specializes in “erasing” people – faking the deaths of high-risk witnesses. With the technological advances of the last decades, the game has upgraded, and it’s just another day at the office when he’s assigned to Rina Kimura, a crime boss’ wife who’s decided to turn state’s evidence.  As the two flee to Cape Town, South Africa, with a team of merciless assassins on their trail, Pollard discovers he’s been set-up, double-crossed and fueled by adrenaline, he needs to be at the top of his game if he’s to survive permanent erasure himself!  WB.  Blu-ray.