If PSComicXpo CEO, Meachele Campbell were to have her own superpower, she says it would be to possess the ability to wield Wonder Woman’s famed lasso of truth– the lariat that compels its captives to tell the truth. “Because,” she says, “the lasso’s ‘moment of truth’ would be a gift for people to be authentic…to be comfortable in their own skin. It would be a transformative tool used to break down the barriers that create judgment. To open all eyes to understand that we are all created for more than something than our selves. Finding truth might just lead to a kinder humanity.”

Campbell didn’t set out to break any glass ceilings. In fact, when she first got into the business of comic conventions, she didn’t know a thing about the comic world. Campbell does admit that she watched the Wonder Woman television show in her youth and remembers Lynda Carter portraying what Campbell characterizes as “this amazing superhero. Strong and beautiful, embodying a bit of, both, grit and grace.” The image of an empowered woman of integrity, soft yet spirited, has served Campbell well in her own endeavors. Overcoming personal and professional challenges, Campbell is now, considered a bit of a ‘Wonder Woman,’ herself, joining a small community of female comic exposition owners.

“Always be genuine. Don’t try to sell yourself. Be true to who you are. When people trust you…they will be do business with you.”- Meachele Campbell 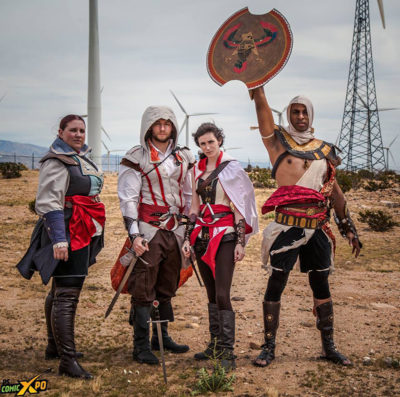 As a child, Campbell observed her brothers sharing their love of Marvel, DC movies, and video games but she didn’t really take an interest. She relates, “They (her brothers) were really into Batman and Spiderman but my favorite part was the back of the comic books because they featured water monkeys (also, known as Sea-Monkeys, the novelty aquarium pets).”

While raising her two children to adulthood, Campbell jump started her career with stints in communication, tech media, and organizing a sports memorabilia show. She went on to become Head of Operations for Comic Con Palm Springs, a post that brought together her experience and skills to propel her toward launching her, first, major show next month in the form of PSComicXpo. She shares, “I’ve become comfortable in my own skin. I’m ok with not knowing it all. I know learning is a process that we can only grow from. The process is scary and uncomfortable but it’s the only way to see the world with new eyes.”

Campbell has envisioned an upscale festival sculpting PSComicXpo into a non- traditional convention, uniquely, styled to feature celebrities, artists, illustrators and voice actors showcasing their work but sharing their hobbies:

Amidst a bevy of high quality art installations by top comic book artists, there will be Cosplay, an arcade, and of course, opportunity for magazine trading and purchase.

“Comic Con is a bizarre world and it doesn’t matter who you are…it’s a place where everybody is welcome.”- Meachele Campbell

Driven by her faith and her own tenacity for tackling problems, Campbell is poised to put on a Comic Con with a production team made up of, an all-female staff. She explains, “I didn’t focus on building a women centric business. I employed best practices to surround myself with peers that I knew could handle the job. There aren’t very many women in this arena but it’s fantastic because we give each other so much support and we have support from other Comic Con owners, many of which are men. All are eager to share encouragement, guidance, nuggets of advice, and a willingness to come alongside our team so that we can be successful.” 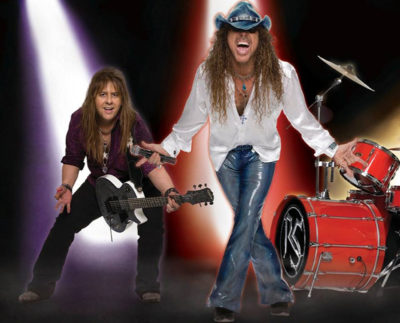 As a female owner of a Comic Xpo, Campbell has set the bar high and has future plans to include two shows a year and expansion into other regions. Campbell asserts, “After being behind the scenes, I had to step out of my comfort zone…now, I’m an entrepreneur. I’m excited about the opportunity this brings and for people to see women rise up and be on an equal platform without limitations. Someone has to break out and break the mold…why not me.” She adds confidently, “I know how to run a company and I believe that whatever I put my mind to, in truth, I will succeed.”