THE STORY OF TEMPLE DRAKE (193 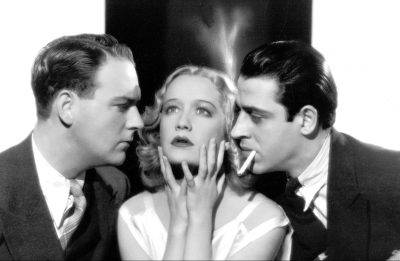 Pre-code does not refer to a genre, like film noir, although  many people confuse the two labels.  Pre-code films were made  starting around 1929 at the end of the silent era and continued through 1930-’34.  Their content was looser and more risqué and reflected the wilder times of the era.

When studios adopted the “code” around 1930, it was mainly to avoid government and federal censorship.  The fear was generated by the self-appointed public guardians of moral decency and to protect women, children and the “lower class” and all those who see the films.

Will Hays, who was president of the Motion Picture Association of America, enforced the code by getting studios to sign on the to the restrictions that prohibited anything that would lower the standards of those who see the films.

One of the main issues was to make sure movies never ridicule attitudes toward the law or generate sympathy to its violators.  It soon became known as the “Hays Code” which evolved or mutated into the Catholic Legion of Decency.  For his moral service, Will Hays was paid $100,000 yearly (that’s $1,555,000 today!). 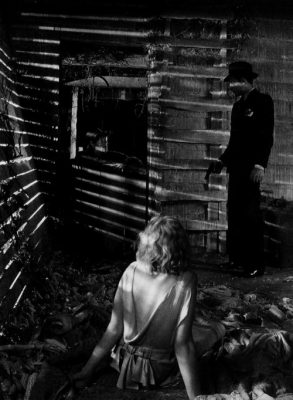 “The Story of Temple Drake” was adapted from William Faulkner’s sensational and provocative novel Sanctuary and directed by Stephen Roberts.  Oliver H. P.  Garrett wrote the screenplay. The eye-popping atmospheric cinematography steeped in southern gothic shadows was by the great Karl Struss and shows the strong influence of German expressionism.

The film departs from Faulkner’s novel in many ways, but most memorqably in its jolting depiction of a brutal rape scene.

Temple Drake is the promiscuous granddaughter of a respected small-town judge.

When a drunken date abandons her at a bootlegger’s hide out, she is subjected to “an act of nightmarish sexual violence and trapped in a criminal underworld that threatens to swallow her up.

The movies has been called a harrowing vision of sin and salvation that boast an extraordinary tour de force lead performance from a sizzling Miriam Hopkins who passes through the states of terror, trauma and redemption.

Great featurettes inform this film’s origin, craftsmanship and issues with the production code. Especially noteworthy is the conversation with film scholar/critic Imogen Sara Smith on the complexity of the film and the central performance by Miriam Hopkins. Blu-ray.  Criterion.