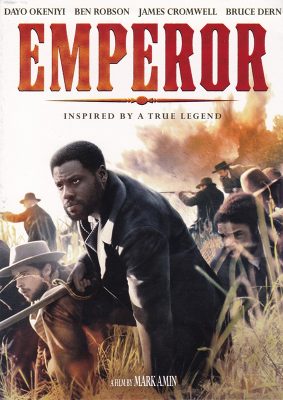 Witness the story of a man who defied impossible odds to chnge the course of his life and the fate of the nation in beautifully in this composed and shot action-packed drama.  Inspired by a true legend, the thrilling film arrives on Digital, DVD and On Demand on August 18 from Universal Pictures Home Entertainment.

Based on the harrowing and inspirational journey of Shields Green, one of the many brave men in history, who risked his life to fight against the horrors of slavery and save his family, EMPEROR is a stirring account of an extraordinary uprising in the pre-Civil War South.

A captivating and emotional story of courage, the film is based on the icoic American Freedom Fighter and legend Shields “Emperor” Green (Dayo Okeniyi), a descendant of African kings turned outlaw slave.  The film tells the astonishing tale of Green’s escape from slavery and his transformation into one of America’s greatest heroes.  Seeking freedom for his family, Emperor fights his way north, joining the daring raid on Harper’s Ferry, the key battle of the abolitionist movement which helped spark the beginning of the Civil War and alter the course of American history. 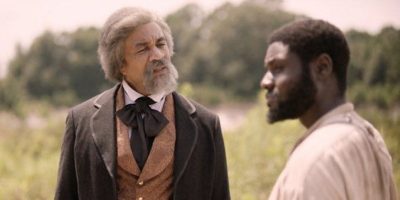 EMPEROR is smoothly directed by Mark Amin from a script by Pat Charles and Amin.  Universal.  DVD   Recommended.