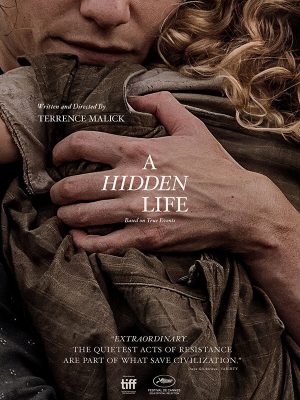 Fresh off its World Premier at the 72nd FestivaL de Cannes, Terrence Malick’s ambitious and visually stunning new film stars August Diehl (“Inglorious Basterds”) as Austrian peasant farmer and unsung hero Franz  Jägerstätter, devoted husband and father who refuses to fight for the Nazis in World War II, even as the likelihood of execution for treason threatens to tear him apart from his family.

Based on real events, this provocative and powerful film is about how a man’s unwavering faith and love for his wife and children keeps him alive during a time of evil and cruelty.

Malick’s admittedly demanding film is both emotionally fulfilling and intellectually stimulating.  His gift as a filmmaker is not only a fierce moral conviction but also a beautiful, poetic style that can be as chilling as it is soulful.  Malick is a truly visionary artist in the truest sense of the word.  His palate is light and darkness, good and evil.

This is certainly among the best of Malick’s film.  Memorable, meaningful and timely.  His next project is a film about Jesus.

ONCE UPON A TIME IN HOLLYWOOD 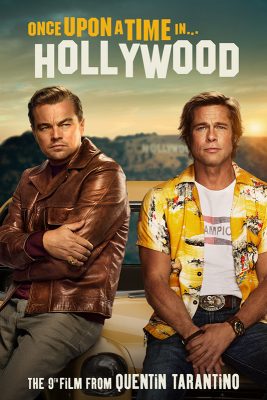 The film visits 1969 Los Angeles, where everything is changing, as TV star Rick Dalton (DiCaprio) and his longtime stunt double Cliff Booth (Pitt) make their way around an industry they hardly recognize anymore.

The 4K Ultra HD release comes loaded with even more sights and sounds of the 60s, featuring over twenty additional minutes of footage that delves even deeper into the world of Rick Dalton’s Hollywood.  This edition includes an additional behind-the-scenes look at the films incredible production design, cinematography, costume design, cars and more.  Sony. 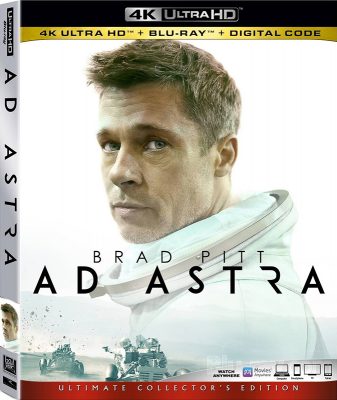 In James Gray’s film set in the near future, astronaut Roy McBride (Brad Pitt) travels to the edge of the solar system to find his father and solve a mystery that might save the earth.

I was expecting that the trip to Neptune and back would uncover some cool secrets of existence itself and perhaps our place in the universe.

Gray has a knack for visualizing intimate stories set on an expansive stage.  But the slow pace and obtuse subject made me wonder what it was really about?  Is it more about being left behind than being all alone?

This nicely crafted film has a great look, the Lunar Rover chase on the moon between the astronauts and moon pirates was a fun set piece I was hoping would last much longer and pay off in a climactic battle that connected to and clarified the rather nebulous main story paradoxes.  The extras are standard and there’s an interesting commentary by James Gray.  4K.  20th Century Fox.