What’s your favorite Thanksgiving movie? Go ahead, take your time. For most people, nothing immediately comes to mind. Okay, maybe PLANES, TRAINS AND AUTOMOBILES. Wonder why that is.

With all the movies that use a holiday as a theme or title (most of them horror), you’d think there’d be more Thanksgiving movies since families are together and in a stupor after the big holiday meal. Is there a better time to watch a fun film with your relatives?

In our family, the Thanksgiving spirit lasts as long as the leftovers, so there’s ample time to catch up or see again these favorites in the ensuing week. 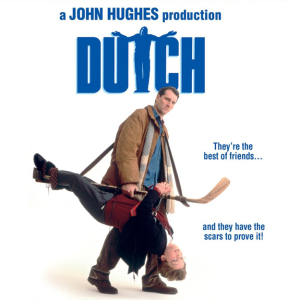 DUTCH
Ed O’Neill is Dutch, an ordinary guy who volunteers to bring his girlfriend’s (JoBeth Williams) 13-year-old boy (Ethan Embry) home from boarding school for Thanksgiving. Too bad the kid’s a snot-nosed brat who makes the road trip a hellish journey. Very funny. Written and produced (but not directed) by John Hughes. Starz/Anchor Bay. Blu-ray. 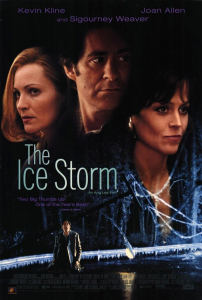 THE ICE STORM
It’s Thanksgiving 1973 in New Canaan, Connecticut, where a well-off family tries to square their lives with the controversial political and social issues of the era. There’s the requisite drugs, alcohol and sex and then, boom, they find themselves stuck in a freak ice storm. Uh-oh. The fine cast includes Kevin Kline, Joan Allen, Sigourney Weaver, Tobey Maguire and Christina Ricci. A polar vortex movie likely repeated many times this year! Criterion. Blu-ray. 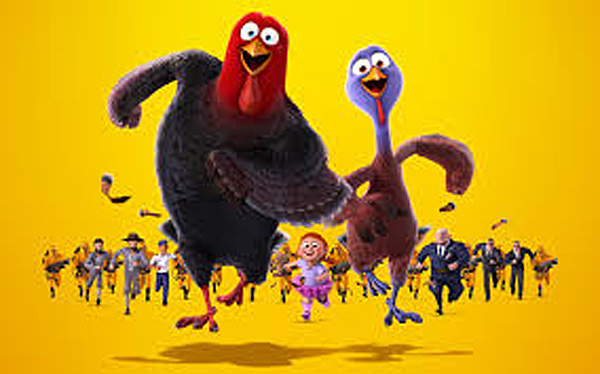 FREE BIRDS
Celebrate Thanksgiving from Reggie the turkey’s perspective as he tries to warn other gobblers about the deadly dangers of the holiday. Luckily for Reg, he not only winds up becoming the turkey “pardoned ” by the President, he also gains access to a time machine (yes, you read that right) and returns to the first Thanksgiving to get turkeys off the menu forever. 20th Century Fox. Blu-ray 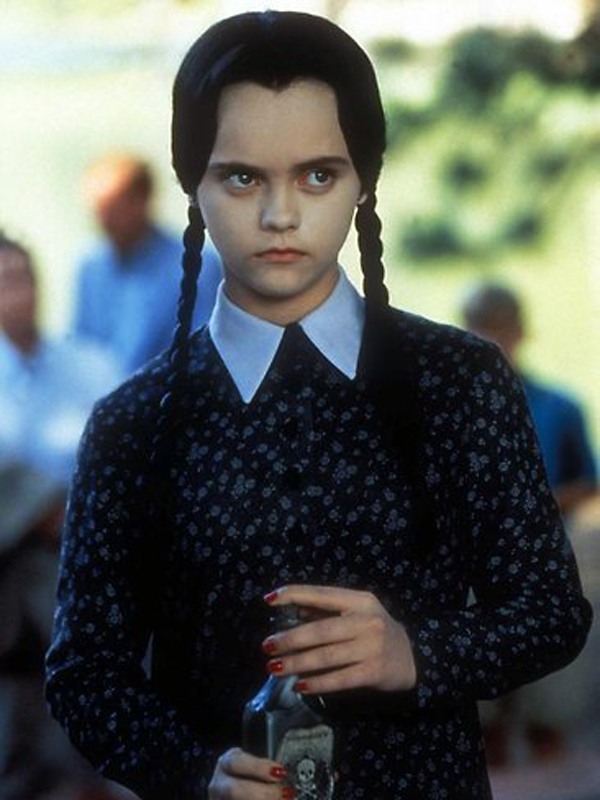 ADDAMS FAMILY VALUES
When siblings Wednesday and Pugsley Addams’ shenanigans to get rid of the new baby in the family land them at a sleepover camp, they’re forced to take part in a play about the first Thanksgiving. The results aren’t what you might expect. They are worse. Perfectly cast includes Anjelica Huston, Raul Julia, Christopher Lloyd, Joan Cusack, Carol Kane and a memorable Christina Ricci. Paramount. Blu-ray.

There are a few other films like PIECES OF APRIL, HANNAH AND HER SISTERS, TADPOLE, SCENT OF A WOMAN and HOME FOR THE HOLIDAYS, that reference Thanksgiving, but for me the most beautiful of all is a documentary about adopting and living with wild turkeys. 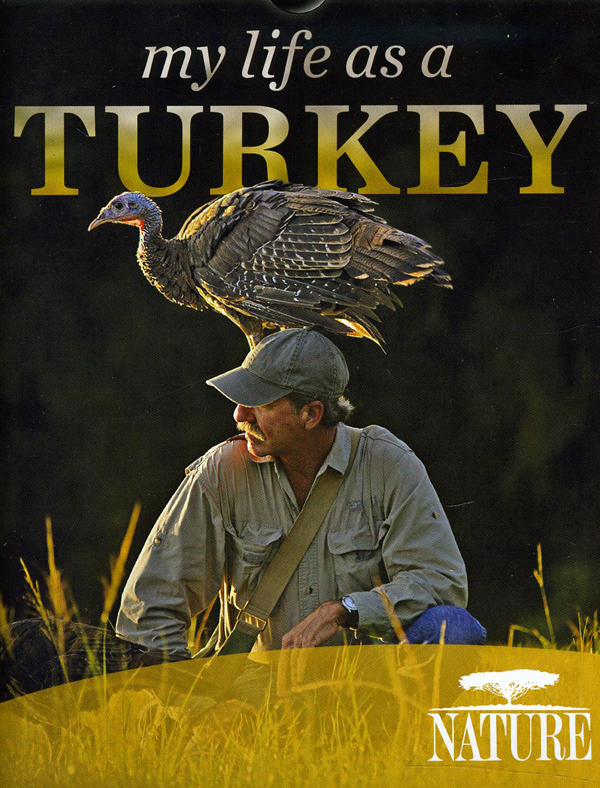 MY LIFE AS A TURKEY

A few days ago, a vegetarian friend asked if I was going to participate in the “turkey holocaust”? She went on to lament the sad fate of about 50 million artificially inseminated birds that will grace our Thanksgiving tables.

Biologist Joe Hutto became a surrogate mother to 13 endangered wild turkeys (these are not the birds on our Thanksgiving tables).

For over a year, Hutto recorded and interacted with his brood from the first bonding moment of their hatching to their final return to the wild woods of north Florida.

“I’ve never kept better company,” he reflects. “We had similar interests: snakes and birds and interesting artifacts. That’s kind of what I’m all about.”

Filled with wise, homespun observations — and some heartbreak — the film follows a recreation of Hutto’s life after he cares for and hatches a batch of wild turkey eggs left on his doorstep by a farmer neighbor.

The fowl adoption becomes a “personal, emotional ride, not just a science experiment.” Hutto grieves when predators catch him off guard and take his young chicks. He appears emotionally moved when his favorite, “Sweat Pea,” demands physical affection. “I just fell head over heels in love,” says a smitten Hutto. And we understand why. 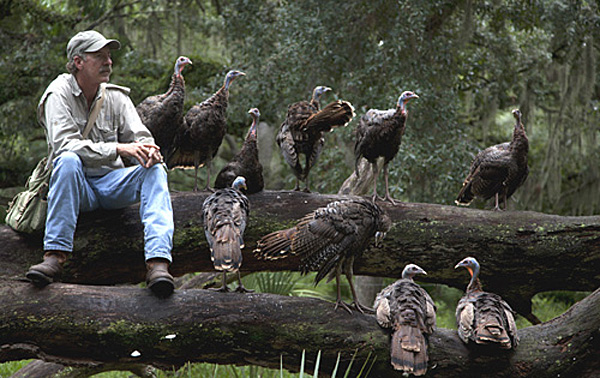 Through Hutto’s eyes, we see smart, curious, inquisitive birds that behave in ways that surprise on many levels. For instance, the birds seem to have an awareness wired into the birdbrains about dangerous predators like rattlesnakes and hawks. Hutto was able to decipher dozens of their sounds and eventually was able to replicate their calls — even the subtle variations of meaning. The big revelation for me is that some of the turkey behavior suggests emotions, intelligence and curiosity that are apart and above their basic survival instincts.

This richly rewarding BBC documentary drama will trigger moments of wonder and awe in this most unexpected of subjects as a man becomes a turkey mum and sees the world through new eyes. PBS/Nature. Blu-ray.