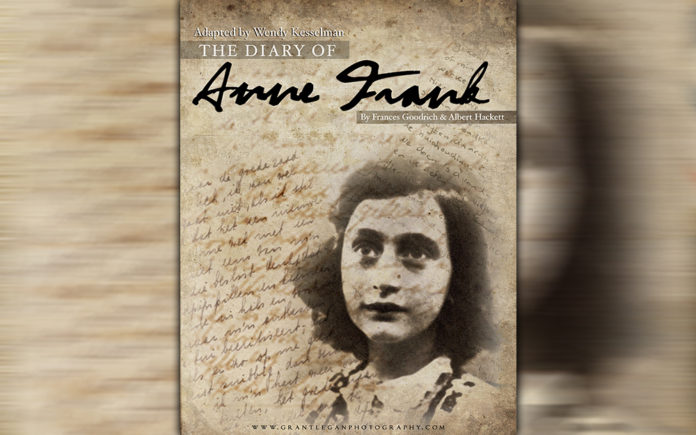 “In spite of everything, I still believe that people are really good at heart.” —Anne Frank

Bound by the confines of a dusty, cramped attic, a young girl and her family hide for two long years.  Some moments barely daring to breath. Fear a constant companion as the reality of war and genocide holds them hostage.  Sirens blaring in the night, screams and terror just beyond the walls of their sparse rooms in the secret annex that provided shelter and protection from the atrocities of the Nazi regime.

There are few autobiographical stories that capture the heart and tragedy of history more deeply than “The Diary of Anne Frank.”  Annelies Marie Frank (Anne Frank,) was a 13-year-old Jewish girl who was forced into hiding with her family in an effort to escape the atrocities of Hitler, from 1942 until their capture in 1944.  Anne and her family remained hidden from the horrors that eventually killed all but Anne’s father, Otto.  Though eventually discovered by the Nazi’s, before her death at the age of 15 in the Bergen-Belson Concentration Camp, Anne Frank managed to write and document one of the most profound and moving stories to emerge from the ashes of World War II. Anne kept a diary, wrote stories and created a picture of her life in a small attic that is still revered today.  It is a story of survival, hope, love and a belief that, in spite of everything, people are still good at heart. 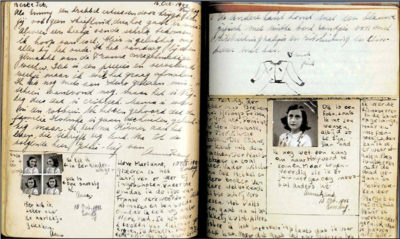 Anne’s father, Otto Frank, the only member of Anne’s family to survive the concentration camps, retrieved Anne’s diary and other papers and in honor of his daughter’s wishes to be a writer, he published her work under the title “Anne Frank: the diary of a young girl.”  In 1955 the stage adaptation titled “The Diary of Anne Frank,” was written by Frances Goodrich and Albert Hackett and opened on Broadway.  The play won a Tony Award for best play and went on to win the Pulitzer Prize for drama.

Palm Canyon Theatre, maintains their reputation for quality productions of classic Broadway shows with their current production of this moving and heart wrenching story.  Dr. William J. Layne masterfully directs this timeless piece of theatre.  The intimacy of Layne’s staging and production takes us into the world and mind of a young girl whose words would live on long after the last Nazi prisoner died from torture, disease or starvation.  Anne’s writing kept her hopeful and focused during the long hours that demanded silence and stillness from a child full of life and energy.

Young actress Ava Tethal portrayed Anne Frank. Tethal’s performance was moving and sincere.  Like a trapped bird who kept hitting the closed window in an effort to gain her freedom Tethal exemplifies the hopeful energy and compassion of youth.  The thoughts and emotions spoken aloud by Anne and read from her diary, insured that though her life was short, it had a profound impact.

J.W. Layne’s set and lighting design provided all of the elements necessary to create a cramped, over populated, dim environment that was lit by the spirit of the human heart.  Derik Shopinsiki’s costumes provided wonderful insight to each of the characters.  Mrs. VanDaan’s arrival in a fur coat and her eventual need to sell the coat for survival, depicted the great loss of not only material possessions, but of social status and self-worth.

This cast received a well-deserved standing ovation for their performances and presentation of one of the most important stories ever told.

A part of history that we must Never Forget.

Although, The Diary of Anne Frank was a limited run, closing on April 28th, Palm Canyon Theatre continues their classic presentations with Mark Twain’s Big River, May 10th – 19th.