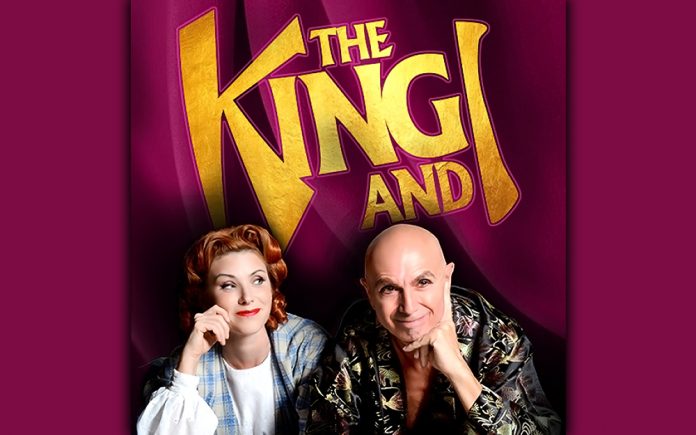 In 1861 King Monghut of Siam, (Thailand), who spoke many Western languages, set about modernizing his country in an effort to keep Western countries from attempting to gain control.  He hired an English Governess, Anna Leonowens, to educate his 39 wives and 82 children.  Leonowens, spent nearly 6 years in the King’s court.  She was a progressive educator and a world traveler.  Her impact on the King and his family resonated through subsequent generations.

In 1944, Margaret Landon wrote a fictionalized account of Anna’s experiences. Her novel was Titled, “Anna and the King of Siam.”  In 1946 the book was adapted into a screenplay by the same name.  In 1951 renowned authors, Richard Rodgers and Oscar Hammerstein adapted the novel into a stage musical titled, “The King and I.”

The King and I, was the fifth musical written by the super duo of Rodgers and Hammerstein and went on to win the Tony Award for Best Musical in 1952, Best revival of a Broadway musical in 1996 and 2015.

In a trivia side-note, Coachella Valley resident, actress/singer Patricia Welch, portrayed the role of Tuptim in the 1985 revival and was the last Tuptim to perform on Broadway with Yul Brynner, prior to his death on October 10, 1985. (Brynner originated the role of the King in 1951 and performed 4,625 shows before his death.)

The most recent production of this inspiring and classic musical is currently on stage at the Palm Canyon Theatre.  The PCT has a well-established history of presenting Broadway classics, but their current production of “The King and I,” is by far one of their best to date.  Some classics begin to feel dated and others, such as this musical, age like fine wine, providing historical and cultural insights long after they are written.

The King and I, tells the story of Anna, a widowed British governoress brought to Siam to tutor the King’s many children. When she arrives, though she enjoys an instant connection to the students, she struggles with cultural differences and with the headstrong King. Through her kindness and persistence, Anna eventually connects with the King and they develop a friendship of sorts.  She helps him and his heirs to understand that women are people, that respect does not require groveling and that love comes in many shapes.

Se Layne, gives one of her most engaging and riveting performances as the British governess, Anna.  She is elegant and flawless in her singing, her movements and overall presentation.  I was literally spellbound watching her glide across the stage as if it were made of glass.

Willian Stetz, is the King.  Stetz is bold and captivating in his role as a man who recognizes the need for change, yet struggles against it.  Anna and the King develop an affection for each other, though current customs would never allow anything other than a platonic relationship.  Star-crossed lovers, Tuptim, (Allegra Angelo,) and Lun Tha (Rob Rota,) face their own barriers in love.  Tuptim is the new junior wife of the King, though in love with Lun Tha, a scholar, the two are destined to be denied their love.

One of my absolute favorite parts of this show was the Siamese ballet, a play within a play.  Based on a contemporary novel of the time, Uncle Tom’s Cabin, Tuptim writes a stage adaptation of the book titled, “Small House of Uncle Thomas.”  And within the story of the play, we catch a glimpse of Tuptim’s own life as a slave who longs to be free.  Angelo is beautifully tragic in this role of love and loss.

Derik Shopinski’s incredible talent with costume design seriously takes wings and flies with the nineteenth century English dresses and Asian attire.  His designs take you to the heart of this story.  Yet in addition to costumes, Shopinski lends his creative ability to directing and choreographing this production.  His staging and dance had me traveling back in time to a period of much more restriction, yet boundless elegance.  Shopinski, Layne and Stetz are the dynamic trio that make this show one not to be missed.

Led by Musical Director Jaci Davis, PCT’s live music is no doubt a major part of what makes this musical production such a success.

The King and I, is running through December 22nd.  Anyone who enjoys the magic of theatre will appreciate this show.