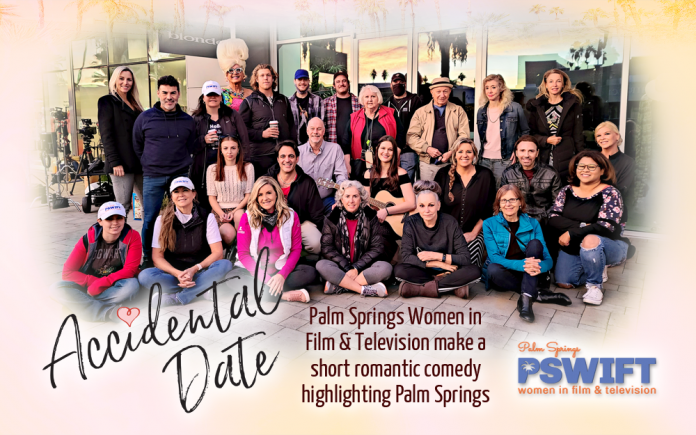 Article and Photos By Crystal Harrell

Although the film industry has been severely impacted by the COVID-19 pandemic, many professionals in the entertainment business are still creating their art with carefully regulated COVID-compliant guidelines to follow as they shoot their productions. One of the most recent projects that filmed in Downtown Palm Springs this week was the short film “Accidental Date” co-directed by Kim Waltrip and Kate Spates. 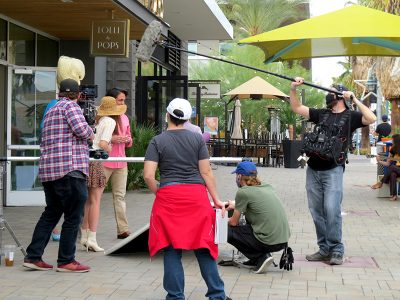 “Accidental Date” follows the comedic tale of a Russian girl, played by Daria Diache, who comes to Palm Springs looking for a date. The inception of the film was spurred by Waltrip, who is also the President of Palm Springs Women in Film & Television (PSWIFT) and thought it would be an incredible opportunity to educate some of its members on how to actually make a film.

“We organized a committee to produce a short film… It’s been a wonderful experience. Our Vice President, Kate Spates,  thought of the story, and PSWIFT member, Carolyn Moloshko, wrote the script, and then we all gave notes and finally got a script we all loved and then…..COVID hit.  We put everything on hold,” explained Waltrip. 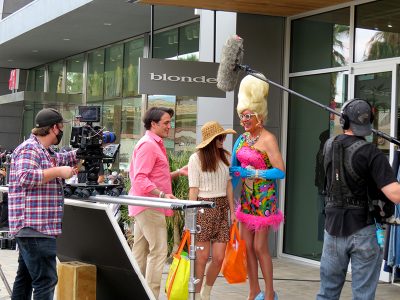 When the COVID-19 pandemic started, production of “Accidental Date” was put on hold.  Last month, the production team decided to just pick a date to begin making the film and hope for the best. They started a GoFundMe campaign and many people donated money to the project. 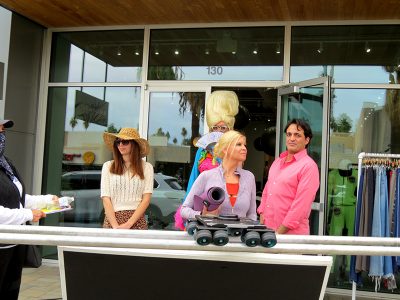 “This is an education arm of our non-profit and I think people were impressed that we were actually going to go make a film and give our members hands-on experience. And then, we had a few angel donors that got us to our goal: Terry Weiner, Vince Battaglia, and Rod Vandenbos, to whom we are forever grateful.  We’re grateful to all of our donors, large and small!  And every donor will be acknowledged in our credits. Sometimes you just need to give yourself a goal and go for it!” stated Waltrip. 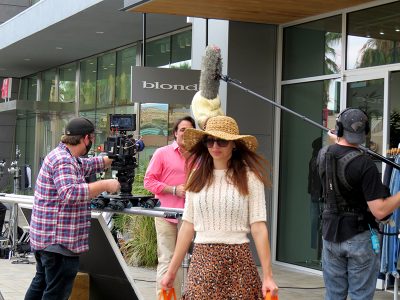 The cast and crew were very mindful about taking precautions as coronavirus cases continue to surge in Riverside County, requiring everyone included in the production to get tested.  They all held negative results and there is a COVID-compliant officer on set, Janice Lopez, who is also one of the producers and is certified to make sure everyone is taking all necessary precautions.

One of the most difficult parts of shooting was not being able to meet in person and having to coordinate all of the COVID testing for the entire cast, crew, and extras.  The new Rancho Mirage free testing site at the Library became very convenient and most of the production team got tested there.

“We know that businesses are suffering and being shut down, so it feels nice to be able to give some business to one of our locations that we will also use for catering.  And we hope to highlight businesses in the film to give them some much needed publicity once everything opens again,” said Waltrip.

One of the other challenges was working around the schedules of cast members that had other jobs and casting a Russian-speaking actress. PSWIFT members and casting directors Steven Ciceron, and Angela Romeo put out a casting call and found Daria Diache, who became the lead of “Accidental Date”.

“I play the love interest to the leading lady. It is a really sweet film and everyone has been in good spirits about working on this comedy. It’s been an awesome experience,” said Griffin Wade, who has also worked with local director Christian Sesma on his latest film, Take Back. 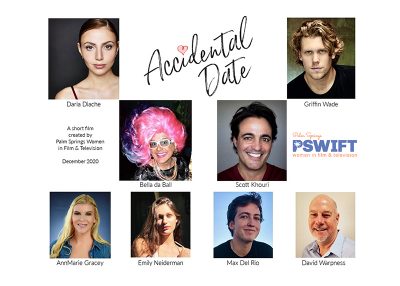 “Accidental Date” was filmed in Downtown Palm Springs and features several local businesses. Scenes were shot in front of Blonde Clothing Boutique, Lolli & Pops, the Rowan, and Crazy Mel’s Burgers. Other companies and businesses that make appearances in the production are Renova Energy, Leeds & Son, Buzz Box, and Destination PSP, who provided props.

“We hope to bring a little joy to people’s lives and give them a heartfelt glimpse of our beautiful city as seen through the eyes of a tourist.  This happens every day in this town, and we decided to throw a little romance in with it.  It’s actually a great marketing piece for this city!” said Waltrip.

The production team hopes to enter “Accidental Date” in film festivals in the early summer of 2021.