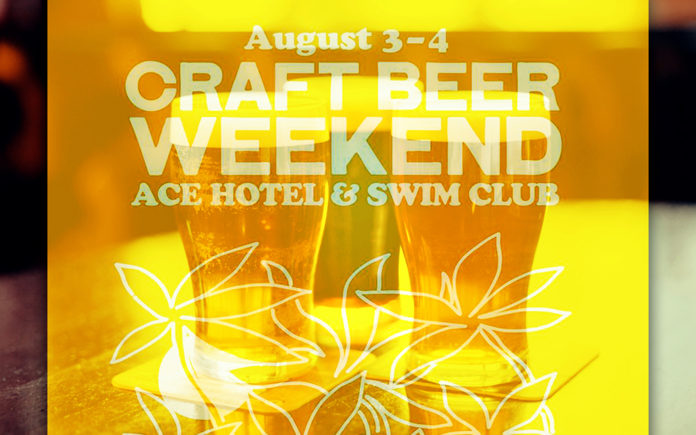 Regardless of what your beer of choice is, it’s hard to argue the fact that we are living in the greatest time in recorded history to be a beer fan. Why, you ask? Because in 2019, anything goes, and we are not ashamed of it.

Do lazy brewers want to leave every style unfiltered and looking like a hefeweizen? Whatever.

You want coconut, vanilla and coca nibs in everything? Already done.

You want to drink beer that doesn’t actually taste like beer? Yeah, most millennials don’t. That’s why we put fruit and lactose in everything now.

Did you just decide that you hate all of these trends and you just want an American lager? Gotcha covered, fam.

The best part of living in a time where there are no rules anymore when it comes to carbonated barley pops, is the rise of the craft beer festival, and Palm Spring’s Ace Hotel has the best annual craft beer festival that this desert gets to experience. The Ace Hotel and Swim Club’s eighth annual Craft Beer Weekend is this Saturday and Sunday, August 3rd and 4th, and will once again bring you all of the breweries you love, as well as introduce you to some new favorites. 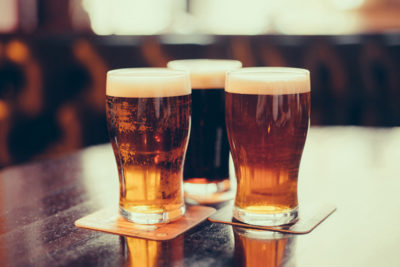 If you’ve never been to a craft beer fest before, the way it works is that you’re handed a souvenir tasting glass on your way in, and you get to wander around the campus or property enjoying unlimited pours and deciding what your favorites are. Ace’s Craft Beer Weekend features over 30 different craft breweries pouring tastings all weekend, with the beers poured being different both days. Alesmith, Almanac, Arizona Wilderness, Bissel Brothers, Cellador Ales, De Garde Brewing, Grimm Artisanal Ales, Mikkeller Brewing, Pizza Port, Russian River, Sour Cellars, Stillwater, Bagby, Bottle Logic, Cerebral, Mumford Brewing, Stone Brewing, and Yorkshire Square Brewery are all set to have their best wares, as well as all of your local favorites like La Quinta, Coachella Valley Brewing, and Babe’s.

I’ve attended many beerfests and participated in even more, in fact my first-time attending Ace’s Craft Beer Weekend was as a brewer for Babe’s Brewhouse, pouring our beers for the patrons in attendance. Most breweries will have a selection of 2 or 3 beers to choose from, meaning there will be over 60 beers to try each day of the event. Now, the rookie move is to drink them all and end up hammer kablammered, and there’s nothing wrong with that (actually there’s a lot wrong with that, you degenerate). But, if you want to get the most of your experience, you ask the beer tenders for small pours, and you pour out whatever you don’t like after the first sip. Once you’ve tasted all the beers that have caught your attention, you are still sober enough to go back for second (or third, or as many as you like) servings at the places that you favored.

It wouldn’t be a festival without live music, and this year’s event features exclusive DJ sets from Bardo of Chicano Batman. There will be food stations offering delectable bites to nosh on while you peruse the plethora of brews, kind of like the food samples at Costco, except that you don’t have to feel guilty for going back for more. If all the food and drink gets you relaxed enough to want to lay down, the Ace Hotel and Swim Club has got you covered there too. Book a stay with code CRAFTBEER and Ace will throw in 2 free tickets to the event, as well as 2 Ace beer mugs.

Booking can be done through their website, https://www.acehotel.com/palmsprings/, or by calling the hotel directly at 760-325-9900, and mentioning that you want to stay overnight for the craft beer weekend. Again, don’t forget to mention the code CRAFTBEER.

The event runs from 12pm-3pm both days, so plan on an afternoon of enjoyment, with an evening still free for poolside activities and the Palm Springs nightlife. See you there!