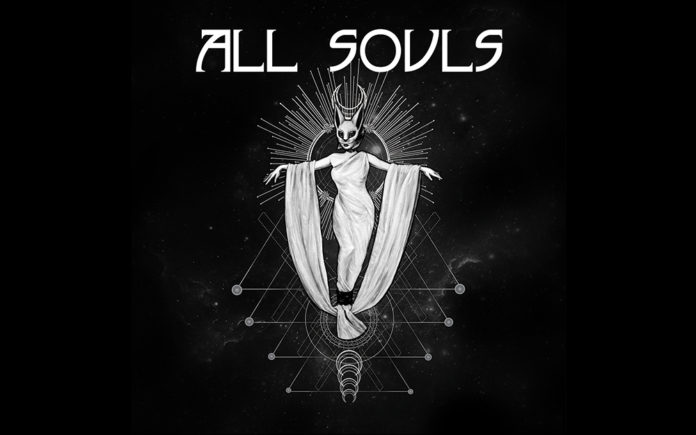 “It’s kind of crazy that within a year, we have gone from a club tour, to a theatre tour, to an arena tour!” Those are the words of ALL SOULS drummer Tony Tornay. ALL SOULS are proof that dedication and persistence lead to progressive results. By the time you read this, ALL SOULS will be touring with TOOL playing in front of thousands of rock music fans. TOOL are poised to release their newest music in over a decade this year. This past weekend they debuted two new songs, Invincible and Descending at the Welcome to Rockville music festival. With ALL SOULS also prepping the release of their new album, 2019 is looking to be a banner year for rock.

In 2016, ALL SOULS recorded what would become their self-titled full-length debut at Sound of Sirens Studio in Los Angeles with producer Toshi Kasai (TOOL, The Melvins, Foo Fighters). Following tours with the likes of Red Fang, The Sword, Kvelertak, and Torche, the band released the album in 2018 via Sunyata, the label founded by iconic Screaming Trees and Mad Season drummer Barrett Martin. The album is 45 minutes of unswerving, unabridged rock that consolidates the incalculable music experiences of ALL SOULS.

Coachella Valley Weekly recently communicated with Tornay and Castellanos. Below is our conversation.

CVW: Your self-titled album is killer. I listened to it when it was first released in early 2018 and then again more recently. What do you all take away from that first recorded experience together?

Tornay: “We all put a lot of time and energy into what we were doing. We knew what we wanted to do, but we weren’t afraid to try things out once the foundation was there. I think all of us were happy to finally see the forest for the trees.”

Castellanos: “I think we all worked really well together in the studio. Everyone showed up prepared with lots of ideas. It’s exciting to hear the songs elevated from what we play in the practice studio. It’s like we are creating an art piece when we record. We have a lot of respect for the process and one another. I’m really proud of that first record and the experience of making it was inspiring and fun.”

CVW: As of the end of 2018 you had begun recording your new album. What can you share about the direction of the album and where you are in the process?

Tornay: “The direction is forward. We write music as it comes to us. It isn’t so much about thinking, it’s a lot more about doing. Someone will come in with an idea and we jump on it like wolves, always pushing the ball forward.”

Castellanos: “So far we have recorded and mixed three songs. We’re doing it in stages as they are written and as we can afford to. We will go back in the studio to record four more songs at end of May. It sounds like ALL SOULS. It has a depth, and a darkness to it, but there is an inescapable pop element that we are always drawn to because we love hooks!”

CVW: You’re working again with Toshi Kasai (Tool, The Melvins, Foo Fighters) on the new material. What has that been like?

Castellanos: “Toshi is a mad genius. He’s got great ideas, is a total pro and knows how to get the best performance out of us. Plus he’s funny as hell. He can put anyone at ease, which helps when you’re recording. We all have a very good rapport. He is like family.”

CVW: You’ve created a Patreon crowdfunding membership page to give your fans special access to content. Can you tell us a little about that?

Castellanos: “We felt that we could build a special portal where we could share our story as it unfolds. I’m building an archive of videos that showcase us in the recording studio, and blogs that share our personal stories, documenting all the shows, etc. It’s for fans that want a glimpse into our creative process and our experience as working musicians.”

CVW: Your Coachella Valley and High Desert fans are stoked for you and your tour with TOOL. Your track, Sadist/Servant with TOOL drummer Danny Carey on Tabla drums is kick-ass. How did that relationship come to be?

Castellanos: “I think all of us have befriended Danny through mutual friends. Toshi has worked with TOOL, and Erik and Danny are pretty close.”

CVW: You all have come a long way since you met in 1994. What have you learned about each other in that time?

Castellanos: “Antonio and I actually met Tony and Erik in the late 90’s/early 2000’s when Totimoshi would play with Fatso Jetson and Black Elk. I think the sacrifice and dedication that all of us share is what brought us together.”

CVW: The band was essentially developed prior to even picking up your instruments. What was that initial connection like and what is most important now with respect to your kinship? 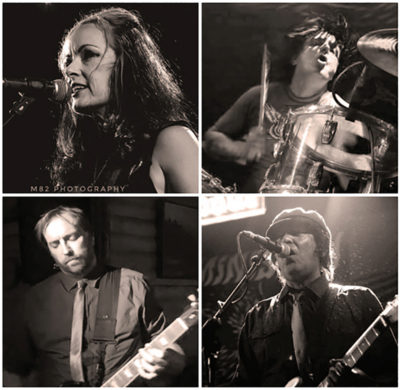 Tornay: “Sometimes it’s good to know what you are getting yourself into. I have always been the type of person to blindly jump off the cliff. With this band, I think we all wanted to peer over the ledge and make sure the pond wasn’t too shallow. Antonio and I had been kicking the idea of a band around for years. We jammed with Meg a few times but schedules kept getting in the way. Finally, at some point everything came together. Erik and Tony had been playing together as well and we were all able to make it happen.

We are really good a pushing each other to be better, and really, that’s all you need. Someone helping you to believe in yourself.”

Castellanos: “All of us had been playing music with other projects for a long time when we had that first band meeting. We talked about how we wanted to present ourselves, musically and esthetically. We talked about how we wanted to tour in specifics…and what mistakes we did not want to repeat. There is a lot of learning as you go in music if you’re dealing with labels and touring… a lot can go horribly wrong. The fact that we are still here makes me think we are doing something right!”

CVW: We obviously know Tony from his work in Fatso Jetson. Does Erik, Meg or Antonio have any deep desert roots?

Castellanos: “Antonio is from the high desert, from a town called Tehachapi, near Mojave.”

CVW: Have you considered anything beyond the TOOL shows?

Castellanos: “No, we’re waiting to see what might come to us. We need to concentrate on finishing the record and getting that out.”

CVW: When do you anticipate releasing your sophomore album? Is there a working title?

Castellanos: “The tentative title is Songs for the End of the World. Let’s hope it comes out before then!”

CVW: Anything else you’d like to convey to our CV/High Desert readers?

Tornay: “It’s getting to be that time of year when the heat is horrible and seemingly impossible to escape. Go find the E & E Pel’s truck and knock yourself out!”

Castellanos: “Thank you for the love!”

May 7 – BIRMINGHAM, AL @ LEGACY ARENA AT THE BCC