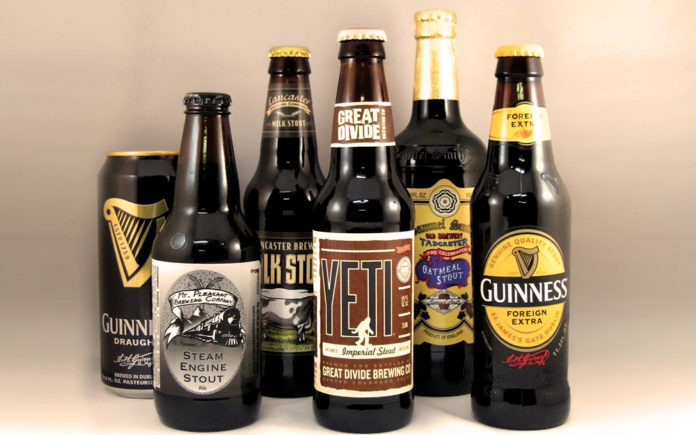 I’m drinking a stout yesterday and it occurs to me that there may not be a category of beer with a wider range than the stout. Temecula’s Ironfire Brewing makes the Killer Stout, a bitter and aggressive brew with just a hint of hazelnut flavor in it. It tastes nothing like one of my all-time favorite stouts, Belching Beaver’s Peanut Butter Milk Stout, which tastes nothing like another favorite stout of mine, Stone Brewing’s Woot Stout. With so many flavor profiles present under the same name, here’s a breakdown of the five most commonly found stouts on the market today.

In 18th century London, malted barley was heavily taxed, and brewers were keen on finding a loophole to escape the fines. Using unmalted barley in their beer gave the resulting brew a sharp and astringent character. Drinkers began to appreciate the dry finish of those beers, and Irish brewers began to use unmalted barley themselves, and held onto the practice after the English had deserted It. A signature style of beer was created, and the brewers of Ireland were given credit for its popularity.

Interchangeably called the Irish Stout, this beer is perfectly exemplified by Murphy’s and Guinness stouts. A black beer with a pronounced, roasted flavor that’s like coffee, usually with low carbonation and a creamy mouthfeel from the use of flaked barley (brewers switched from unmalted barley to the much more efficient flaked variety).

A style that is supposed to be between 4-4.5% ABV, a dry stout can have medium to high hop bitterness. The popularity of Guinness is what many people think of when generalizing a dry stout.

While Irish stouts are embodied by a dry, black coffee-like flavor, milk stouts have a sweetness to them from the addition of lactose, which is unfermentable by yeast.

A surprisingly historic style, the first iconic milk stout, Makeson’s stout, was brewed in 1801 and was widely marketed at the time as nutritious-even to nursing mothers. After World War I, The UK outlawed the use of the word and imagery for milk in association with beer, so many modern examples are labeled as sweet stouts.

The sweetness of this style comes from milk sugar, but also from a lower level of bitterness than found in other stouts. The roasted, astringent character is also lowered, resulting in the most approachable of the stout genres. Clocking in between 4-6% ABV, Belching Beaver, Left Hand Brewing, and Stone all make amazing milk stouts with varying flavors and levels of intensity.

The unsweetened brother of the milk stout, this style was developed around the late 1800’s and was also marketed as being a nutrient rich supplement for invalids and nursing mothers to enjoy. The use of oats gives a soft, creamy mouthfeel that can almost feel oily if the brewer went ham with the amount of oats used. Somewhere between a dry and sweet stout in terms of balance, the oatmeal stout possesses a rich and nutty flavor that sets it apart from the other styles. Usually between 4.2-6% ABV, you’ll find this beer in the import section of your craft beer market, as it’s not very popular stateside, and very few breweries sell theirs commercially.

The myth is that IPA’s were the only beer that could survive months at sea, but this fake news. Export stouts were every bit as strong as IPA’s and were given a name just as reflective.

Like a bigger and stronger dry stout, exports clock in between 6-8% ABV, and is best exemplified by Guinness Foreign Extra Stout. 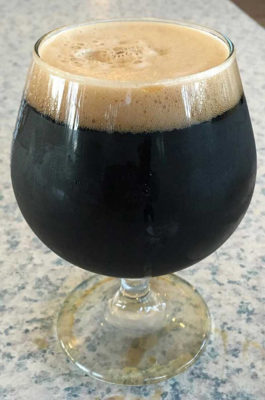 Export Stouts weren’t just shipped to English colonies, they were shipped to the Baltics and Russia as well. The Russian monarchy in particular enjoyed the full and robust flavors of the brew, and English brewmasters began crafting the strongest extra stouts possible to appease the Imperials of Russia. The name stuck, and while the Imperial stout is somewhat of a novelty in Europe, it’s found its home in the good old US of A, where craft brewers have made it a favorite of those who crave intense flavor. Big and dark with a wide range of flavor balances, typical components of this beer are a roasty-burnt malt, dried fruit flavors, and a warming, bittersweet finish. This beer can be greatly enhanced with the technique of wood aging, particularly bourbon barrel aging. The vanilla, caramel, and charred flavors that come from a used oak barrel marry perfectly into the flavors present in a big imperial stout. Weighing in anywhere between 8-12% ABV with upwards of 90 IBU’s, this is a beer not for the faint of palate, but along with the IPA, are the reigning kings of the American craft beer scene.