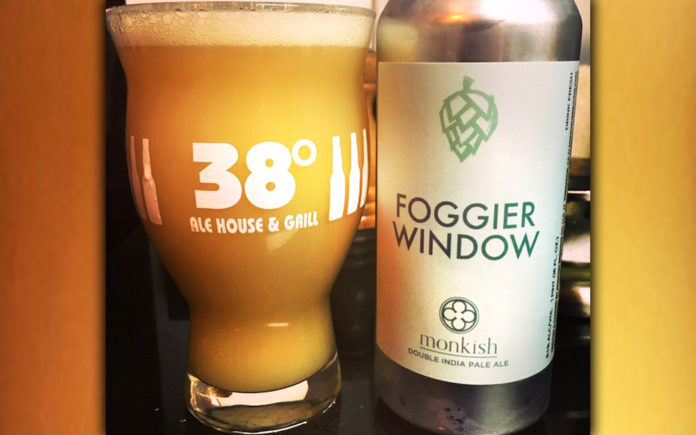 “Ale Prepared for the East and West India Climate” was the wordy name given by the Bow Brewery of London, England, to the pale ales and porters that they exported to the hot and humid climates of India.

So, hot weather has this weird way of spoiling everything from the armpits of my favorite white tee-shirts, to the meal prepped lunch I forgot in my car yesterday. Who knew chicken could smell like that from just 8 hours in a hot car?

Breweries had learned that higher alcohol percentages, along with higher hopping rates (up to 3 1/2 lbs. per 31 gallons [to this day, 31 gallons of beer is referred to as a British barrel], which would either make a beer super bitter or super hoppy depending on when those hops were added), helped to preserve beer from bacterial spoilage on those long journeys.

“Ale Prepared for the East and West India Climate” is just the kind of pretentious name you’d expect a brewery in 2018 to come up with, but no. Instead there are names like “Everybody’s Juicing,” “Hazy Little Thing,” and “Foggier Window,” all of which paint a picture of the milky, swirling, thicc ass beer that’s a visual hallmark of the New England IPA. 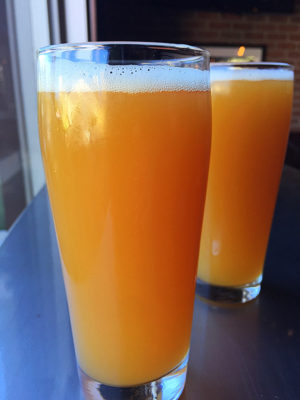 The West Coast style has for years defined what most of expect from an IPA; a bone dry, golden colored vehicle for hops. Brewers knew what to use, and fans knew what to expect when it came to the flavors they loved. “C” hops like Cascade, Crystal, Centennial, Columbus, and Chinook gave us the resiny and citrus flavored hop bombs that lined grocery stores. Those standbys slowly took a backseat to the new wave of hops that recalled tropical and stone fruits instead of just grapefruit and resin; Nelson, Simcoe, Mosaic, Citra, and Azacca. These new and fruit-forward strains of hops joined the party, and added a whole other dimension to the west coast style of IPA.

For years now, brewers had ramped up their ABV’s to the point of having to call their beers double, triple, and imperial IPA’s to justify the double-digit alcohol percentages. IPA’s had become a test of strength to drink; beers with the ability to numb a bearded hipsters tongue with all the heavy-duty alpha acids going on, so it was inevitable that someone was going to evolve the IPA into a new form.

Unfiltered IPAs were nothing new, but the style that began to be known as New England Hazy took it a step further. Brewers of the style started putting wheat, oats, spelt, and all kinds of shit into recipes that spit on the west coast style parameters. Grains that are high in proteins and that give a beer that fuzzy, hefeweizen look. They started using strains of yeast that purposefully wouldn’t settle to the bottom of fermentation tanks, and instead stayed in suspension, even furthering the murky appearance of the style. They got rid of the notion that IPA’s are supposed to have a firmly bitter backbone, and instead focused almost solely on adding hops at the end of the boil, where they don’t have a chance to isomerize and add characteristic bitterness. The result was a beer with juicy, fruity hop character, a full and silky mouthfeel, and an appearance that could easily be confused with a glass of calcium-enriched Tropicana. Fans went nuts, breweries started making Scrooge McDuck amounts of money, and the critics had a field day.

The current biggest debate is if the hazy IPA will go from trend to legit category. Coachella Valley Brewing Company co-founder, and former brewmaster Chris Anderson is optimistic. “It’s here to stay,” states Chris, “as many haters of the style as there are, there are hundreds of others willing to wait in lines for several hours, and pay $25.00 for a four-pack.”

Francesca Zoida is a podcaster, LA craft scene personality and craft beer instigator who’s well known by her Instagram alter-ego, Sicilianbeerkitten. “I think it’s comical and just so 2018 to completely adore beer that was brewed skipping an entire step,” laughs Francesca, “but if it’s enjoyable then who gives a dick, right? I think they’re innovative; trendy and popular. Are they here to stay? For now.”