With all the strands of pretty tree lights twisted into dreadlocks, the splendiferous Angel at the top of the tree—fallen, the glittery ornaments passed down and saved more or less with care, their MIA hangers all re-purposed long ago, we have thoughtfully laid Christmas to sweet rest until next, er, the end of the year—but no later than Thanksgiving, please. After all, we’re efficient Americans, aka ”Over-Achievers” and when we have Game-On, Black Fridays can’t come too soon for us. The Noisemakers may have been stifled, but we still say, “Happy New Year!” like we mean it, because we do! Leaving the party sniffling from single digit temps? No problem. (Think Duluth. Brrrr.) Here, the most intriguing local ways to warm to 2015.

5 More Days! Unspooling through Monday, January 12: Last year The Palm Springs International Film Festival screened192 films from 60 countries. This year, similar numbers mean you’ll see a majority of the films submitted for consideration in the Best Foreign Language category for the Academy Awards, as well as a large number of American independent and international features and documentaries marking their world, North American or U.S. premieres. Bring your autograph book to every film and event you attend at this unique, world-respected, well-attended, star-loaded 12-dayFestival. Fifteen screens throughout Palm Springs will operate from 9:00 a.m. until 11:00 p.m. The Closing Night screening on Sunday, January 11th, is a rapturous new work by acclaimed master of music on film François Girard (32 Short Films About Glenn Gould, The Red Violin)and it provides the perfect capper to a 10-day symphony of superb cinematic treats,” said Darryl Macdonald, Festival Director. “The Best of the Festival will screen all day on Monday, January 12th. Presented by the Palm Springs International Film Society, the PSIFF is one of the largest film festivals in North America. The Festival also features cultural events, filmmaker tributes, industry seminars and the annual black-tie gala award presentation which was presented on January 2 with the world’s finest actresses and actors, movie-makers and celebrities. If you’re a film buff, you won’t want to miss anything after the moment the theatre darkens.” Five more days to go! For additional information, call the festival headquarters at (760) 322-2930 or visit the website at www.psfilmfest.org. 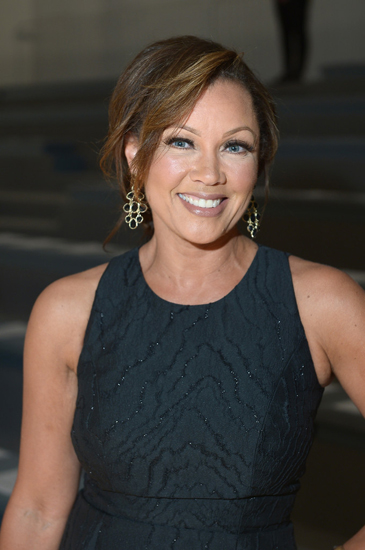 Thursday, January 8, 8 PM. Singer, actress, performer, and ultimate entertainer, as well as multiple award winner Vanessa Williams will be presented by the McCallum Theatre and KJJZ’s Jim “Fitz” Fitzgerald at Fitz’s Jazz Café for one performance only. She has been has been recognized by every major industry award including 4 Emmy nominations, 17 Grammy nominations, a Tony nomination, 3 SAG award nominations, 6 NAACP Image Awards and 3 Satellite Awards. Her Platinum-selling single “Colors of the Wind” from the Disney film Pocahontas, received a Golden Globe, Grammy and Oscar in the category of “Best Original Song.” Her autobiography You Have No Idea, co-written with her mother Helen Williams, was a New York Times Best Seller in 2012. Growing up under the wings of parents who were music teachers, her path danced and sang before her right to New York. She won a major role there as Miss New York and crowned that by becoming the first African American Miss America. So much more to tell, but don’t miss her performance! Tickets are priced at $95, $85, $75 and $55 and are available at the web site www.mccallumtheatre.com or by calling the McCallum Theatre box office at (760) 340-ARTS. The McCallum Theatre, located at 73000 Fred Waring Drive, Palm Desert CA 92260, accepts payment by cash, personal check, VISA, MasterCard, Discover and American Express. 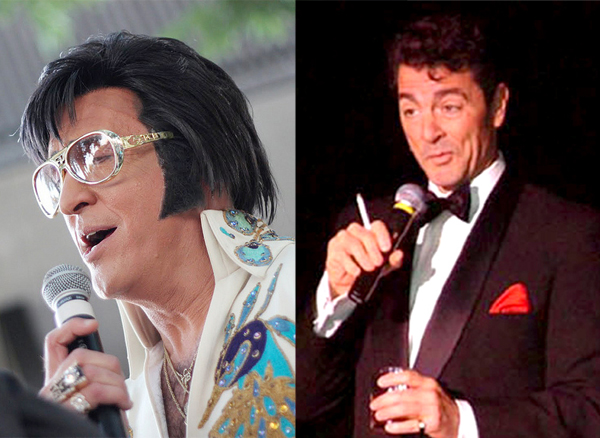 Saturday, January 10, 8:00 PM. Re-joice, Re-live, Re-celebrate Hollywood’s glory days and nights with “Palm Springs for Legends II,” as top tribute artists bring the fabulous, funny, forever iconic stars to life on the stage of The McCallum Theatre. Back by popular demand, and stamping of well-shod feet, these are the real stars in our sandy firmament, not ever to be forgotten, why? Because they actually lived in the Coachella Valley among us ordinary mortals, picked out the best tomatoes at the grocery store, sent their kids to public schools and paid the bills for the AC just as we do! The look-alike line-up includes Dean Martin, Jack Benny, Johnny Carson, Sonny and Cher, Red Skelton, Betty (Annie Get Your Gun”) Hutton, Elvis (“the pelvis”) Presley and Bob Hope. It’s a trip into a laff-riot of musical and more memories by a terrific cast of talented entertainers who have performed nationally, as well as all over the world. Tickets are priced at $75, $65, $55 and $25 and are available at the Theatre’s web site at www.mccallumtheatre.com, or by calling the McCallum Theatre box office at (760) 340-ARTS. The McCallum Theatre, located at 73000 Fred Waring Drive, Palm Desert CA 92260, accepts payment by cash, personal check, VISA, MasterCard, Discover and American Express. 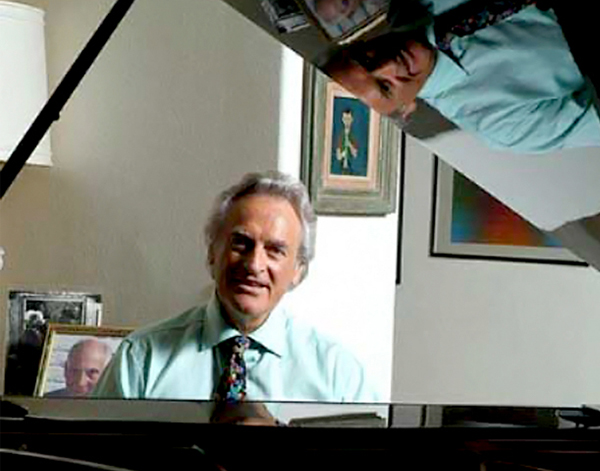 Sunday, January 11, 3:00 PM. Hush! Don’t say a word, just hustle in to hear Bill Marx, jazz pianist, Juilliard grad, author, multi-film score composer and entertainer par-excellence who has entertained the local fab-fawning throngs here- and there-abouts for years with discourses and digressions about the Marx Brothers, as well as stories-about one in particular, his father, Harpo Marx and the two albums they recorded in talented togetherness. Appearing with him—the son of the father, not the father of the son, will be entertainer Tracy Moss, who is one of the hottest (coolest?) jazz harpists you’ll ever hear stringing along with Bill on a musical journey, which, of course is the definition of jazz. You never know what will happen…but it’s going to be delicious ear candy. The concert is presented by The Steinway Society of Riverside County at So Cal Piano, 74111 Highway 111, Palm Desert. Per person, $25. Reservations, call 760-772-9694. This concert has creds. Don’t miss it.

Friday, January 16, 6:00 PM Champagne Reception, 7:00 Performance. Dance for Life Palm Springs is a showcase of spectacular performances by renowned dance companies, all joining forces to help those in need. Since 1992, Dance for Life has raised more than four million dollars for Chicago’s HIV/AIDS community. Now in its fourth year in Palm Springs, this highly anticipated event will celebrate the art of dance to benefit AIDS Assistance Program. Annenberg Theater, Palm Springs Art Museum, 101 Museum Drive, Palm Springs Tickets are $95 for performance only. VIP Reception on Thursday, January 15, 6:00 PM to 9:00 PM.  The Evening before the Performance Reception ticket is $200 per person, and includes the performance. Location to be announced. For more information visit www.aidsassistance.org or call 760-325-8481. 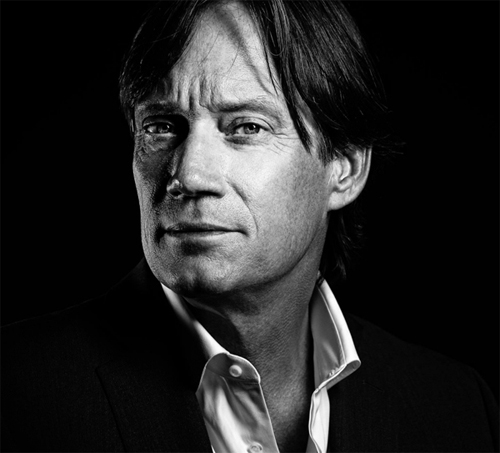 Saturday, January 17, 11 AM – 1 PM. Heartbeat At 22 Annual Luncheon to benefit Mama’s House, the Coachella Valley’s home whose mission is to provide a home for women in crisis pregnancies. The luncheon’s guest speaker will be Kevin “Hercules” Sorbo. The actor stars in the recently released “God’s Not Dead” film, and played the lead role in “Hercules, the Legendary Journeys.”  He has also appeared alongside Dennis Quaid and Helen Hunt in “Soul Surfer,” the inspiring true story of teen, Bethany Hamilton who lost an arm in a shark attack. In real life, Kevin leads “A World Fit for Kids,” a successful mentoring model that trains inner-city teens to use school, fitness, sports and positive role models. In 2004, the program was awarded the Governor’s Gold Star for the most successful after-school program in the state of California.   Mama’s House gives shelter to those who want to carry their baby to term but are without support and vulnerable. With nurturing support, these moms will be equipped with necessary life skills for competent living whether they choose parenting or adoption. A non-profit organization, visit the website at www.HEARTbeatAt22.org . Luncheon ticket, $75, call 760-984-9182. For Table and VIP Reception at a private estate on Friday, January 16, 5-7PM, call 760-848-8185. Luncheon at the Renaissance Esmeralda, 444 Indian Wells Lane, Indian Wells.