If you aren’t familiar with Andrew Bird, it’s about time you get acquainted. A perfect place to start is his newest record, Are You Serious.

Growing up in Evanston, Illinois, Andrew Bird came from a musical household where he was exposed to Classical music and other traditional genres at an early age.  When he was four years old he began learning and violin, and then other instruments using the Suzuki Method. (A form of instruction that circumvents the process of reading music).

He finally learned to read music when he started high school. That experience was simultaneously traumatic and invigorating. By the time he graduated   Northwestern University in 1995, it was with a bachelor’s degree in violin. Not long after, he self-released his first album, Music Of Hair.

Taking jobs in musical theatre, studio sessions and even renaissance fairs gave him real practical experience playing a plethora of different styles. He joined the band Charlie Nobody and then moved on to the Hot Jazz combo, Squirrel Nut Zippers.

Although the Zippers’ music was a potent combination of influences, (everyone from Billie Holiday, Louis Jordan and Django Reinhardt, Delta Blues and Klezmer), they were lumped  in with late ‘90s Swing revival bands like Brian Setzer and Big Bad  Voodoo Daddy.

As an “honorary” member of the Zippers, allowed Andrew the freedom to start his own band. Reconnecting with ex-Charlie Nobody drummer Kevin O’Donnell, they recruited bassist Josh Hirsch and guitarist/vocalist Nora O’Connor and formed Andrew Bird’s Bowl Of Fire. Between 1998 and 2001 they released three albums, Thrills, Oh! The Grandeur and The Swimming Hour on the Rykodisc label. But Andrew grew restless and embarked on a solo career.

In 2002, he left his apartment in Chicago and moved to a farm in rural Illinois. There, he tilled crops, milked cows and tended to his chickens. He also set up a recording studio in the converted barn. As inspiration struck, he wrote and recorded on the spot. The result was Weather Systems

Released in 2003 on a tiny label called Grimesy Records, it featured assistance from Kevin O’Donnell and Nora O’Connor, But Andrew played the lion’s share of the instruments, including   violin, vocals, and even whistling. Somehow, his prodigious talents came to the attention of Ani DiFranco, who signed him to her Righteous Babe label. She promptly re-released Weather Systems, giving it a bigger, broader platform. The following year, she invited him on the road as her opening act.

2005 saw the release of his second Righteous Babe effort, Andrew Bird & The Mysterious Production Of Eggs. The songs had been gestating even before Weather Systems.  It was a seamless collection, blending his eclectic melodicism and instrumentation with biting and sardonic lyricism. Touring again with Ani gave him wide exposure, as her rabid and loyal fan base fully embraced his music.

He signed a deal with the Fat Possum label and they released his next two records, Armchair Apocrypha (2007) and Noble Beast (2009). Both explored more traditional Rock N’ Roll textures, but maintained his sui generis brand. 2012’s Break It Yourself saw him jumping the Fat Possum ship for another well-respected indie, Mom+Pop. Less than 10 months later he followed up with his seventh solo album Hands Of Glory.

In between official studio albums, Andrew found time to release live EPs (the “Fingerings” series), a Handsome Family covers record, Things Are Really Great Here …Sort Of, plus an all instrumental album, Echolocations, that was recorded in the Coyote Gulch canyons of Utah. He even created the score  for Zach Galifianakis’ television series “Baskets.”

Elements of his personal life were equally efficacious. Andrew met and married fashion designer Katherine Tsina and he relocated to New York. Following the birth of their son, she was diagnosed with Thyroid Cancer. She endured all the harrowing treatments and came out the other side, thanks in part to Obamacare. 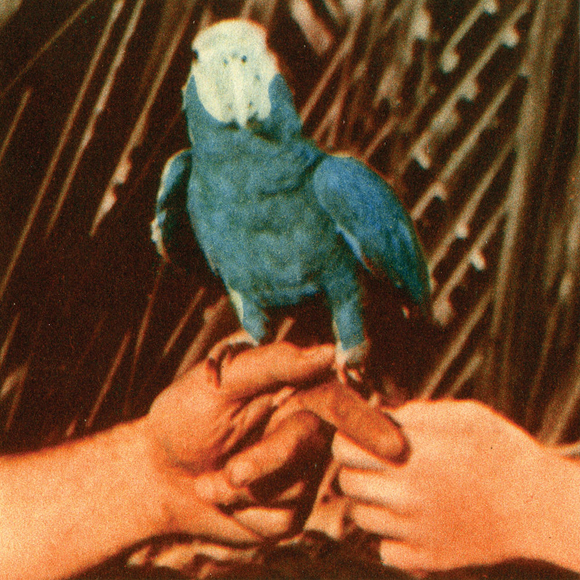 Soon, the young family moved across the country, settling in Los Angeles. En route, they stopped at his parents’ farm in  Western Illinois. It was there that Andrew began composing what would become his ninth solo album, Are You Serious.

The record kicks into gear with “Capsized.” A real departure for Andrew, the song shares some musical DNA with Bill Withers’ Soul classic, “Use Me.” Tensile guitar licks intertwine with serpentine violin sounds, slithering over a Funky back-beat. The lyrics sketch out the details of a tumultuous on/off relationship Andrew experienced as a bachelor.

Both “Roma Fade” and “Left Handed Kisses” chart the course of romantic love, from instant attraction to familiar ennui. Everything that powers “Roma Fade,” from the whistling intro, the swooping violin notes and the gamboling beat connotes the frisson of new love.

It’s an undeniable lightning bolt connection that hits all of us, (if we’re lucky), at least once in life. It quickens the pulse and shortens  the breath. As the mating dance ensues, Andrew proceeds with caution, offering an inner pep-talk to keep calm and carry on. “And your X-rays of your paleo-male gaze, how it rests and plays, slowly corrupting you…/If she sees you it changes you, rearranges your molecules, if you see her it changes you.”

On “Left Handed Kisses,” Andrew gets a vocal assist from Fiona Apple. Their caustic rapport could re-position them as an NPR Sonny and Cher! (Or at the very least a 21st century version of Lee Hazlewood and Nancy Sinatra). They stake out their positions in the prickly intro: the stoic pragmatist vs. the sardonic romantic, but their countenances soften along with the instrumentation.

A warm country comfort envelopes the melody, accented by the familiar violin and whistle, as well as vibes and tubular bells. Their vocals become more moon-and-June croon-y as they go back and forth. She notes “The point your song here misses is that if you really love me, you’d risk more than a few fifty-cent words in your back-handed love songs.” He tenderly replies “For it begs the question how did I ever find you? Now you’ve got me writing love songs, with a common refrain like this one here, baby.”

On previous albums it felt as though Andrew Bird approached his music from a safe distance. A couple of tracks here seem much more up close and personal. “Chemical Switches” is spare and intimate, lightly propelled by whistling and guitar. Originally an instrumental, the meandering lyrics recall a childhood mis-adventure involving slingshots and a neighbor’s camping tent.

“Puma” hits even closer to home. The propulsive melody and instrumentation are as lithe and nimble as the feline predator the song is named for. In reality, the lyrics limn the terrifying, seemingly endless days Katherine was enduring radiation treatments. “She was radioactive for seven days, how I wanted to be holding her anyway/But the doctors told me to stay away, due to flying neutrinos and Gamma rays” Sawing violin, crystalline mandolin runs and thumpy percussion underscore the anxiety.

The best tracks here are equal parts playful and erudite. “Truth Lies Low” blends scatter-shot rhythms with loping, soulful vocals and supple, Laurel Canyon guitar as the melody slowly builds.  Cryptic lyrics seem to take aim at the cynics of the world; “Anonymously their hate grows, vitriol from their pens flow…” The song bares some sonic resemblance to Rupert Holmes’ “Pina Colada Song,” (but don’t let that deter you). The instrumental coda is lush and ethereal.   Fluttery, buzzy guitar notes cascade over violin fills that spark and dart with the alacrity of a Hummingbird.

On the slinky title track Andrew’s verbal acuity takes center stage. Violin and guitar square off in a sharp pas de deux as he admits “Used to be so willfully obtuse, or is the word abstruse?/Semantics like a noose get out your dictionaries, I’m gonna cut to the quick, this is all non-fiction/Words you can beat with a stick, these are my true convictions.”

Finally, “Valleys Of The Young” is a brilliant encomium to his young son that sharply catalogues joys and frustrations of parenthood. Over a tick-tock beat, delicate wash of guitar and banjo, and of course the ever-present, warm violin tones, Andrew gracefully articulates the brittle disconnect between parents and  non-parents. “Where your friends become strange to you…And  their problems seem like  luxuries, they’re off getting stoned and hugging trees/And the things you’ll be forsaking, still our hearts are constantly breaking/From their cradle to our grave, is it selfish, is it brave?”

Recalibrating disparate styles from German Lieder to Folk and Gypsy Jazz, Andrew Bird’s music has always colored outside the lines.   Both “Saints Preserveus” and “The New Saint Jude” find him tackling new musical territories.  The former feels desolate   and beautiful, the style pivots between Argentine Tango and Spaghetti Western it even folds in a sly reference to the Gospel standard, “Amazing Grace.”

On the latter, he traverses the fertile landscape of African Mbaqanga. (A style Paul Simon cannibalized and popularized on his Graceland album 30 years ago). The song is anchored by Jazzy guitar licks, omnichord, tiples (that’s a Colombian guitar), and layered keyboards. The unfettered joy of the melody is matched by  lyrics  that celebrate the freedom of dashed expectations; “So here’s a mighty  revelation that’s  sure to cure what ails you, that everyone’s a disappointment and everyone’s a failure/And this we shall celebrate in our finest regalia, like a choir of shining angels, a congregation  Mahalias.”

The album closes with “Bellevue.” Although it’s mostly an instrumental, here he offer a gentle paean to his wife; “Now I found someone who can slake my thirst, in a land beset by drought/Who feeds my hungry heart when the fields lie fallow, guides my lonely ship through the shallows.” The kaleidoscopic guitar and violin interplay build to a thrilling crescendo, a short, but definitely sweet finish to an eclectic collection of songs.

Are You Serious was recorded in Los Angeles and produced by Tony Berg, (Edie Brickell, Michael Penn, Aimee Mann).  It features Alan Hampton on bass, Bram Inscore and Patrick Warren on  keys, Ted poor on drums, Moses Sumney on backing vocals and the extraordinary  Blake Mills on guitar.

Andrew Bird manages the neat trick of being introspective and intoxicating at the same time. His music is addicting. Let Are You Serious be your gateway drug.