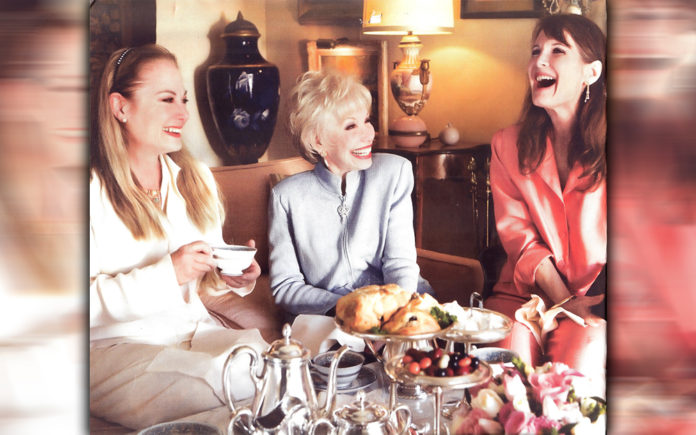 As the PR / Advertising Liaison for the Palm Springs Air Museum and Executive Director for the Waring International Piano Competition, Ann Greer has brought her love for the arts to the desert community. Greer has led a life of travel, music, and insightful experience that have shaped her into the free spirit she is today.

Greer was born in Los Angeles but was raised in the desert. She attended St. Theresa’s School in Palm Springs and Palm Springs High School before going to college. “I kept up my grades in high school because the California Scholarship Federation had bus trips to Los Angeles, and I never wanted to miss those. On one of those trips, I tasted my first sushi in the Little Tokyo district,” recalled Greer.

After high school, Greer attended Scripps College in Claremont, where she also took a year abroad, studying at the Sorbonne and at the Vincent D’Indy School for Music, both in Paris, France.

Greer moved back to the desert in October of 2004, after living in Pusan, South Korea for a year as an English-speaking teaching intern at a digital arts graduate school. She decided to look for work in the desert, instead of her birth home of Los Angeles. Her decision to return to the Coachella Valley was spurred by the idea of spending time with those closest to her.

In hindsight, Greer believes that was the best decision, as she had ten years with her mother before she was diagnosed with esophageal cancer in October of 2014 and passed away one year later.

Greer’s mother, Gloria, worked as a notable journalist in the desert, appearing on the pages of many big-name publications and being the Society Editor at Palm Springs Life Magazine. She also wrote for Daily Variety, Newsweek, and Town & Country, and she was the entertainment editor for KMIR-TV for 20 years, and hosted her own TV show on Time-Warner and PBS.

Peggy Cravens with The Virginia Waring International Piano Competition called Gloria Greer to ask her to do the public relations for the competition, which was being resurrected after seven years.

Ann took the liberty of writing up some promotional and marketing ideas and presented them to the board of the Waring. At that point, Ann’s background was non-profit theater and TV production, acting, home video marketing, and public relations. The 2005 Competition was a huge success, and she was hired as the part-time managing director for the Waring in May 2005.

“Three other local PR firms had put in bids that were much, much higher, and felt that with the competition occurring in January, there wasn’t enough time. The Waring board accepted my proposal, and as I was unknown, I believed I had nothing to lose, so I just jumped in,” said Greer. 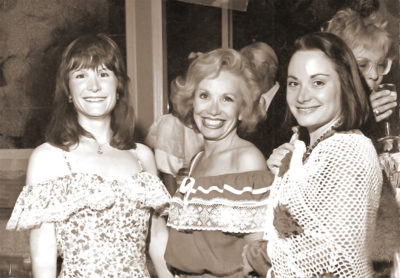 Some of the Air Museum board members were supporters of the Waring, so when the Air Museum decided to bring in the visiting Da Vinci Exhibit in 2006, Greer was interviewed to do the Public Relations for the Exhibit and joined the Air Museum as a part-time employee.

Now as Executive Director for the Waring, Greer works with the board of directors, oversees the part-time staff, does the publicity, and collaborates with different committees. Her favorite part is meeting the young pianists and watching as their careers blossom.

“Life is a journey, and a ‘career’ is part of that journey. This is a unique area and my jobs are very intertwined with local non-profit charities. Through my various careers I have made some wonderful friendships, which I cherish,” stated Greer.

When she is not working, Greer enjoys anything to do with performing arts and the humanities. Whenever possible, she seeks out the best in live theater and music and has been known to drive out to Los Angeles to see two plays in one day and then return the same day.

“Great theater and music are invigorating. I love traveling. Travel is so eye-opening. And I love books – the feel of them, the smell of them,” shared Greer.

The serenity and spirituality of the desert is Greer’s favorite part about the Coachella Valley. She insists that visitors haven’t seen the real desert until they have ridden horseback into the Indian Canyons. Her sister Norma and her two sons also call the desert their home.

Greer is very much involved in local charities and organizations as well. She maintains memberships with the Waring International Piano Competition and of the Palm Springs Air Museum. She serves on the board of ACT for Multiple Sclerosis (MS), which her mother founded with Peggy Cravens and Jackie Lee Houston after her sister, Norma, was diagnosed with MS. Greer also serves on the board of CVRep, and on the board of Opera Showcase of the Desert, an associate of the Metropolitan Opera National Committee.

She urges visitors to buy from independently-owned local shops instead of the big chains, as most of the money spent with local merchants stays in the Valley.