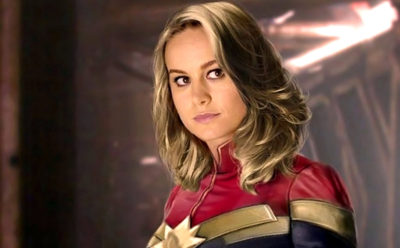 Last week’s CVW print deadline was prior to the opening of “Captain Marvel” and my speculation about this film may have given the impression that early preview rumors were less than satisfying.  It got a lot of negative blowback from Disney haters, for reasons that are not always clear.  A lot of it was nerd rage (“We don’t want politics in OUR movies” unfairly aimed at actor Larson for some of her  “feminist” statements and not her acting.

Let me say for the record, the film is hugely entertaining, a little predictable maybe, surprisingly funny in places and heartfelt.  Brie Larson’s Carol Danvers is immensely empathetic as the iconic Captain, a character originally written and drawn as male but now fully female on screen — but that is not part of the new cinematic narrative, even though this is an origin story.  Rest assured that no prior knowledge is required to enjoy the film.

The central motif here is about lost and found identities.  I thought it was more than ironic that Danvers’ persona at the movie’s end was so different from the one we met at the beginning — and the changeover was quite abrupt.

That said, I loved the movie, especially all the 90s references.  It’s the best, most satisfying big screen super-hero action adventure now playing. And audiences seemed to agree.

At the international box office, the movie soared to an estimated $302M on its debut weekend.  The global grosses push the Marvel Cinematic Universe’s 21 films to a whopping combined box office of $18 billion!!!

The Anna Boden/Ryan Fleck-directed film is the 6th highest global debut of all time and the biggest ever for March.

Just because a movie makes a ton of money is no guarantee it’s a great or even good one.  The bigger question is why are we so fascinated by these mostly caped characters at this particular time?  But that’s a question for psychologist and social historians to answer. 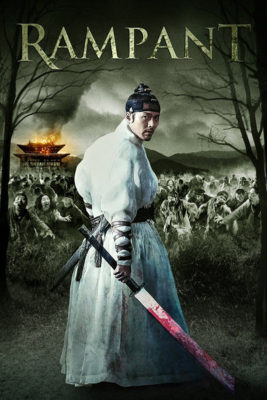 Returning from a long imprisonment abroad, Prince Ganglim discovers that it will take the strength of his entire kingdom to stop the bloody rampage spreading across the nation.

This swashbuckling, bloodthirsty South Korean period drama centers on an invasion of lumbering corpses as the leadership of the country falls apart, torn by strife, spite and conflict (sound familiar?).

The film is a boisterous genre mash-up that evokes Shakespearean conceits with the walking dead. 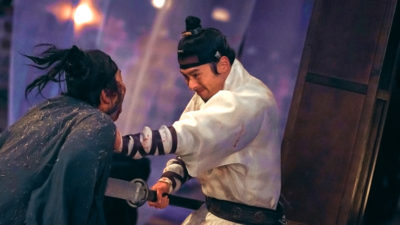 What the movie lacks in originality it makes up for with gruesome visuals and cold-blooded savagery.  There are epic sword fights and grandiose set pieces.  And the production values are truly eye-popping.  The Chosun period of Korean history comes alive with the authenticity of the lavish costumes and elaborate dynastic palaces.  That alone makes it almost worth seeing.

From the studios that brought you “Train to Busan.”   Well Go USA. 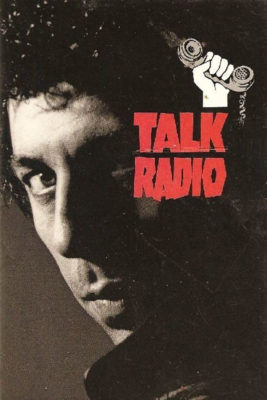 Eric Bogosian stars in writer-director Oliver Stone’s adaptation of his play Talk Radio (1988), as a venomous radio talk show host whose reckless stream of abuse and sarcasm both titillates and infuriates.  Parading his own “honesty,” Bogosian’s shock jock grows increasingly bitter, his outrageous cynicism both an emblem of his self-loathing and a temptation to his more disturbed listeners.

Bogosian’s virtuoso performance is savagely audacious, brilliant and riveting.  Like Platoon and Wall Street, “this is another of Stone’s wakeup calls to America” (The Washington Post).  For more info on this limited edition (only 3,000 units), go to screenarchives.com)