NOW PLAYING:
WAR FOR THE PLANET OF THE APES 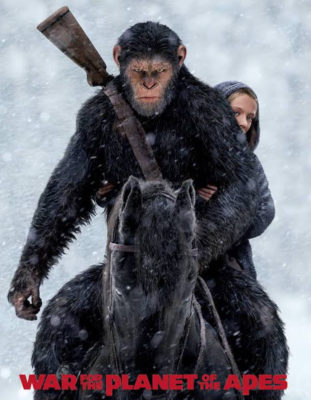 Caesar (Andy Serkis) and his apes are forced into a deadly conflict with an army of humans led by a brutal, pitiless colonel (Woody Harrelson). When the apes suffer unthinkable losses, Caesar wrestles with his conscience and initiates his own mythic quest to avenge his beleaguered species. Inevitably, Caesar and the colonel are brought face-to-face in an epic showdown that will determine not only the fate of their respective species, but also the future of the planet.

The promise and premise of Pierre Boulle’s extraordinarily relevant 1963 novel that started it all can now be experienced in photo-realistic grandeur that only today’s advanced cinematic art can deliver.

After enjoying this stunning film, I stumbled into a heated discussion of what the movie is really about. It’s difficult to ignore or dismiss the many ideas and potent images that mirror the chaos of our shared — and real — human world.

Stories that connect on such a deep level as well as a visceral one are a rare treat. When was the last time you saw a movie that made you root for a species other than your own? Is it even possible for us humans to live in harmony with each other and our planet without a final war of mutual annihilation? Is this what our major religions are asking or predicting?

Strongest recommendation. Not to be missed.

NEW BLU FOR THE HOME THEATER:
GHOST IN THE SHELL 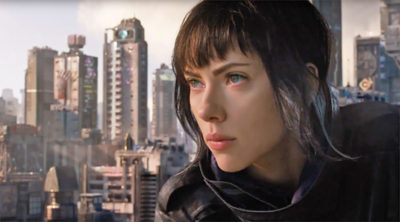 Set in a world where people are enhanced with technology, GITS follows major (Scarlet Johansson), who believes she was rescued from near death. The first of her kind, Major is a human mind inside a synthetic body designed to fight the war against cyber-crime.

While investigating a dangerous criminal, Major makes a shocking discovery — the corporation that created her, lied about her past life in order to control her. Unsure what to believe, Major will stop at nothing to unravel the mystery of her true identity and exact revenge against the company she was designed and built to serve. 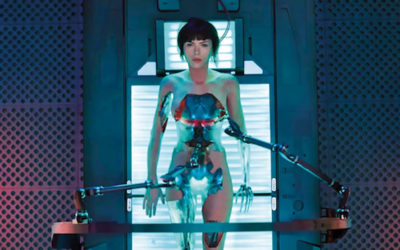 Big recommendation for this thrilling – perhaps cautionary fable – that’s more than a disturbing vision of the future but also one that resonates deeply with our cyber concerns regarding identity and the vulnerability of our wired global society. We live in exciting and dangerous times. Do you know what’s real and true? Paramount. 4K Ultra HD, Blu-ray 3D.