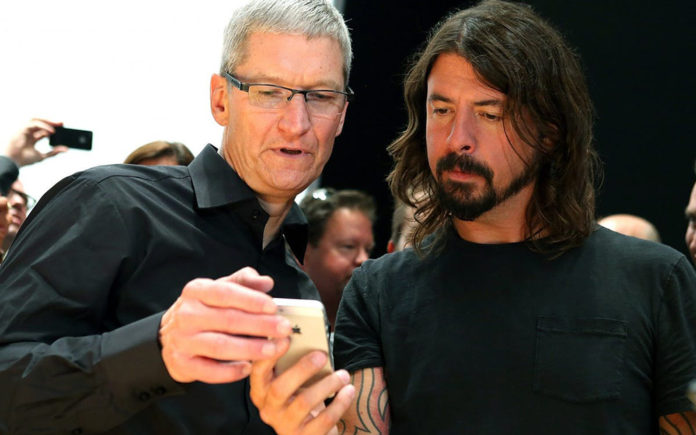 Apple held their annual product event on September 12th.  For most Apple aficionados, there was not much to get excited about.  CEO Tim Cook announced a few iPhone updates and solid improvements to their Watch.  And that was it.

While stockholders have made a lot of money during the Tim Cook era, many Apple fans are becoming increasingly blasé about their Apple products.  Where Apple products used to embarrass the competition due to superior performance and design, more recent iterations of Apple products are no longer must-have upgrades.

At $140 billion, the iPhone is the most important product to Apple as it is responsible for 60% of revenues.  While Apple may be second in market share to Samsung, Apple profit margins are a fantastical dream to their rivals.  That said, the iPhone is no longer significantly better than their rivals.  As an example, some Samsung phones have been waterproofed since 2013, three years longer than Apple.  Similarly, Apple promised a cord free charging station at last year’s event and failed to mention it at this year’s event or in any marketing materials during 2018.  Samsung and Blackberry (remember Blackberry) have offered this feature since 2015.

For those interested in a virtual reality experience using their Smartphone, Samsung and Sony have a clear and distinct lead over Apple as they have offered this feature since 2015.  Inadequate battery life and a chassis that is now made of glass instead of the more durable aluminum frame are other significant shortcomings to the current iPhone roster.

While we may like our iPhones, they are no longer cutting edge.  This observation has not been lost on Jeff Bezos and Amazon who are reportedly working on a Smartphone called the Fire Ice that is meant to work seamlessly with Kindle tablets and Amazon Echo, their smart speaker/personal assistant.

The second most important product to Apple is their line-up of desktops and laptops that generate $25 billion annually.  Anyone who has used an Apple computer (aka Mac) knows that they are well constructed, beautifully designed and very expensive.  Their rivals have noticed all of this as well and have worked aggressively to displace Apple’s position as the best made computer.  As a result, Apple computers are no longer cutting edge despite a super-premium price relative to their peers.   Where most computer manufacturers offer touch screen laptops and all-in-one touch screen desktops, Apple has resisted the change.  Apple debut a Touch Bar on their computers two years ago, a feature that has been met with indifference by users and developers alike.

iPads generate $20 billion for the company.  While there is nothing inherently wrong with the device, lower priced devices from Amazon, Samsung and Google have cause sales to decline since 2014.

All other products represent $13 billion annually.  Most promising is their iWatch that is making significant strides toward becoming an important part of the health management.

Airpod improvements in charging and battery life have not yet matched Tim Cook’s statements at last year’s product event.

Apple Music is having success (40 million subscribers) but has a long way to go to catch rivals Spotify (100 million+) or Pandora (60 million).

Meanwhile the Apple TV has become a secondary device behind Amazon, Google and Roku.

In the quickly growing smart speaker/personal assistant space, Amazon’s Echo and Google’s Home dominate the space.  Apple’s HomePod is a late entry into this field with lower functionality at a significantly higher price.

Haddon Libby is the Founder and Managing Partner of Winslow Drake Investment Management and can be reached at Hlibby@WinslowDrake.com.  For more information on their award-nominated services, please visit www.WinslowDrake.com.