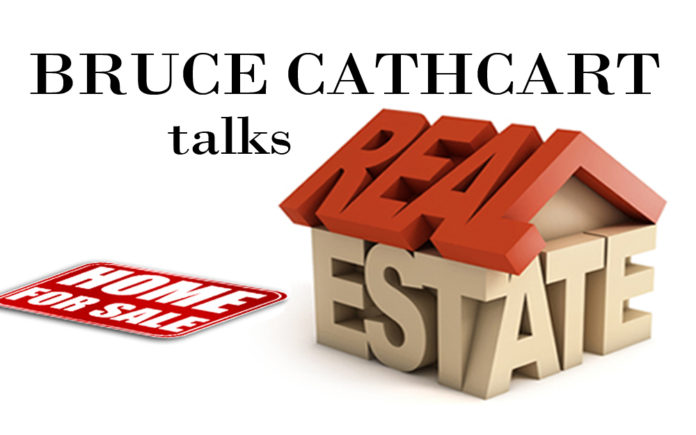 Happy New Year everyone!  I spoke with a lot of people who are happy to be saying goodbye to 2017 and are optimistically looking forward to a better 2018.   One of the great things about getting together with family and friends over the holidays is that you have the opportunity to talk with different generations and hear about their lives and oftentimes their perspective on life.  I had several conversations with “Millennials” (those born between 1982 and 2000) that referred to themselves as “Generation Screwed”.  They complained of no jobs in their chosen profession or jobs they had to take just to get by, large student loan debt and their lack of hope of ever owning a home.  I’ll go into what “Uncle Bruce” shared with these young adults after we take a look at the statistics for home sales here in the Coachella Valley for not only the month of December but the entire year of 2017.

By my count 2018 marks at least a full 10 years since the Real Estate “bubble burst” and the ensuing recession that saw many Coachella Valley home values cut in half.  Those of you who have been following these articles know that each of the last three years have successively been better in terms of both the number of sales of residential units (single family houses, condominiums and townhomes) and the increased sale prices of these homes.  The big question still remains, has the Coachella Valley Real Estate market fully recovered from the recession yet?

According to the Desert Area MLS as of 1/1/18 there were 711 pending transactions of residential properties here in the Coachella Valley in the month of December.  That’s back down from the 1,037 pendings in the previous month (November) but still up slightly when compared to the same time last year when we had only 702 pending sales.  The drop in sales activity from November to December is totally expected as many homebuyers’ plans get put on hold until the New Year as their thoughts shift from buying houses to buying gifts for their families and friends.  The continued increase in sales activity over last year’s numbers bodes very well for a continued trend of a higher volume of sales in 2018.  In November there were 677 solds and we were back up considerably in December with 795 solds.  That is by far better than last year’s home sales in December (2016) when we sold only 702 homes. Our Total Sales for 2017 finished at 10,213 homes compared to the Total Sales for 2016 when we sold only 9,173 homes.  Statistically 2017 exceeded last year’s number of sales by just slightly less than 13%.  This is the third year in a row where more homes were sold than the year before and at a higher average sales price.  But have we fully recovered from the recession yet?  I guess it depends on how we look at “fully recovered”.  According to the Desert Area MLS “Statistics” for the Coachella Valley in 2005 there were 10,924 homes sold with an average sales price of $492,960.00 and a total sales volume of $4,941,431,187.00 (yes, that’s almost 5 billion!).  By 2007 the average sales price had increased to its highpoint of $552,412.00 but there were only 5,948 homes sold with a total volume of $3,285,748,693.00.  By comparison, in 2017 we sold 10,213 homes with an average sales price of $434,139.00 and a total sales volume of $4,330,971,862.00.  So our average sales price is still approximately 22% less than the average sales price high mark in 2007.  In terms of the number of homes sold, 2017 is only 6% less than the highest year of 2005.  These two comparisons when taken separately would indicate that we have not yet fully recovered from the recession… but when considered together the reasonable conclusion is that 2017 was a great year for real estate sales here in the Coachella Valley!

Our inventory of homes for sale stayed roughly the same this month with 3,874 homes available on December 31, 2017 compared to 3,836 homes available on December 1, 2017.  Despite earlier fears that we would be faced with a critical shortage of homes for sale here in the Coachella Valley it appears that our inventory is increasing right on schedule and keeping our market in equilibrium where the inventory is adequate enough to meet the demand.  There seems to be a lot of optimism in our Valley for the coming year.  We’ll just have to watch and see if this keeps our trends of higher sale prices and more sale transactions going throughout 2018.

Looking around our Christmas tables this year I noticed that there were hardly any old people at our gathering.  When I commented on this to my brother he pointed out that we were now the old people!  When I was the same age that the millennials are today I really never thought I would live to be this old.  I am part of the Baby Boomers generation, the ones that are blamed by the millennials for the whole participation trophies thing and the broken promise that if they worked hard, went to college they could be and do anything they wanted when they became adults.  That was our dream for our children and based upon our experience, that is what we expected for them.  The truth is that the millennials came of age, many with large student loans, in tough economic times where there were fewer jobs and more people competing for them.  Yes, these kids got a raw deal… but they are not screwed.  The reason is that they have time on their side.  The screwed generation is that portion of the baby boomers that are now in their 60’s and 70’s who lost their jobs and/or their house and spent their retirement savings to survive those same bad economic times.  They are really screwed and will likely be looking to move back in with their kids!  My advice to the millennials is the same advice I have been giving for the past 36 years to baby boomers, Next Gen, Gen X&Y.  Work hard at whatever job you have, pay your debt off and then buy a house!  Live within your means and either pay that mortgage off or have enough in retirement income/accounts/savings to offset that mortgage for as long as you live.  Economic times are getting better and interest rates are still very low.  Now is the time to make goals not just resolutions.  See your trusted real estate professional for more information on how you can make this happen.

Join me each month this year as we keep a close eye on our Coachella Valley real estate market.  If you have a real estate question or concerns please email me at the address below.