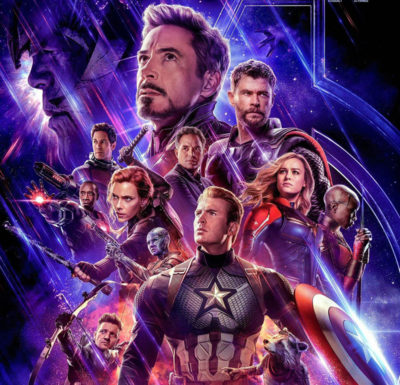 It’s been over a decade and 22 movies, and now and over Marvel’s Infinity Saga has finally ended.  Was it was worth the wait?  Rest assured that Avengers:Endgame incorporates almost everything a fanboy or girl have hoped and more.

After the devastating events of last years Avengers iteration (Infinity War) the universe is in ruins.  Now, with the help of remaining allies, the Avengers assemble once more in order to undo Thanos’ actions and restore order to what’s left of the universe.

The “endgame” reference refers to a line spoken by Doctor Strange in Infinity War. Remember what Strange said to Tony Stark, just before giving the Time Stone to Thanos?  He says, “We’re in the endgame now.”

With only a few Avengers left and half of the universe gone, the stakes have never been higher.  Or are they at an all-time low?

This final chapter is all about retribution.

The universe is in ruins thanks to the efforts of the Mad Titan, Thanos. With the help of the remaining allies, the Avengers must assemble once more in order to undo Thanos’ actions and restore order no matter the consequences.

But who can possibly die?  And what happens next?

Although Endgame is supposed to conclude the Infinity Stone saga, you can bet this won’t be the end for Marvel Studios.

For many, Endgame  is a triumphant finale to the franchise, but it still leaves questions unanswered. It also sets up intriguing possibilities for certain characters.  But most of all, it contains some massive plot holes that will certainly provoke fans.

Spoiler alert:  Tony Stark dies at the climax of the movie. As well as a powerful funeral scene, he is paid a special tribute in the last seconds before the screen goes black.  After the credits end, a clanging noise can be heard.

At first, many thought this was a bell tolling for all the lost. But it is in fact ithe sound of Tony working on his Iron Man suit in the very first movie. What a fitting end to an eleven-year saga covering the entire Marvel Phases One, Two and Three, which started and now end with Tony Stark.  Sony.

If you’re already a fan, this three-hour finale (?) to the franchise is a big, bold, funny and surprisingly emotional entry into what is likely an endless series of films that will be around forever.

This terrifically enjoyable magnificent epic moves along like a hybrid Seven Samurai and Lord of the Rings: Two Towers.

Lavishly saturated with amazing choreography and visceral battle scenes. The movie doesn’t pretend to be anything more than what it is on the surface (a survival film), and that’s what keeps the movie from becoming an over complicated and dramatic mess like so many other epic Asian films of recent.

This is not one of those films that seek historical truth that only those familiar with the source material will understand.  The Great Battle allows everyone easy access, identifying good guys as good, bad guys as bad, and letting us cheer them on with their bloody spectacle.  The Great Battle is fun and well worth checking out.  If you’re into Asian action movies, this is one find.  Well Go USA. 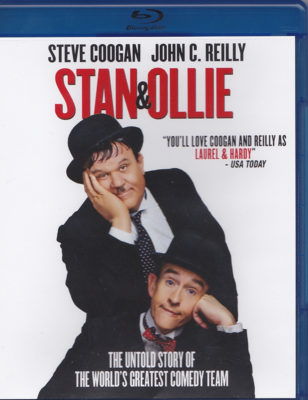 Finally available on retail shelves, this much anticipated home video title was hard to find after it’s announced released but is now widely available in stores and onllne.

Directed by John S. Baird from a screenplay by Jeff Pope, two-time Academy Award® nominee Steve Coogan and John C. Reilly, who received a Golden Globe® nomination for Best Actor in a motion Picture Musical of Comedy for his performance, star as the slapstick legends Stan Laurel and Oliver Hardy.  The film follows the pair through a 1953 farewell variety hall tour across the U.K. as they attempt to re-connect with both their fans — and each other.

The tour becomes a hit, but Stan & Ollie can’t shake the specter of Laurel and Hardy’s past; the long buried ghosts, coupled with Oliver’s failing health, start to threaten the precious partnership.  A portrait of the most tender and poignant of creative marriages, they are aware that they may be approaching their swan song, trying to rediscover just how much they mean to each other.

More a love story than a biopic, this sweet film reminds that the secret of Laurel and Hardy’s on success was their genuine off-screen love and respect for each other that a world-wide audiences recognized as authentic.  Don’t miss this beautiful cinematic bouquet to the greatest movie comedy team of all time.