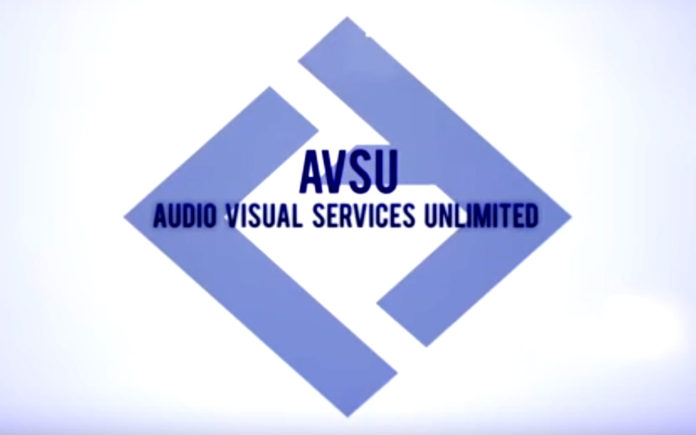 Behind the scenes of some of the Coachella Valley’s most interesting and important events is a local company that provides audiovisual support, AVSU, owned by Pete Greeson and managed by Brian Champagne. The company provides many services including teleprompting, set design, technical staffing and equipment rentals.

According to Greeson, AVSU provides services to all kinds of events in different industries, saying, “From rock and roll to corporate…. We produce them, put them together all around the nation. This includes events as far away as Washington D.C., Boston, Florida and even the Bahamas,” says Champagne. 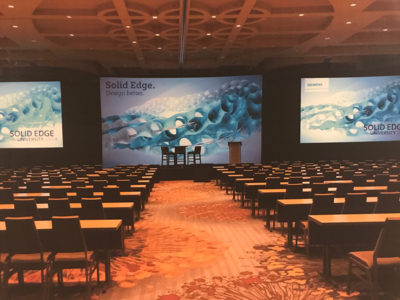 “When AVSU started in 1986… I had just moved here from L.A. and there was very little work here. The season was January, February, March and so as I got to make a name for myself and for the company and for what we wanted to do. The visiting producers would ask us ‘Can you come to Phoenix, San Diego… San Francisco?’ and from there we grew… as people left companies and went to other companies and still knew us… They knew what they could count on us for… if they didn’t have a vendor they trusted or if they had a vendor that they could no longer trust, that’s where we came in,” Greeson explains. “If you are a trusted vendor then they’re willing to bring you wherever,” he says. 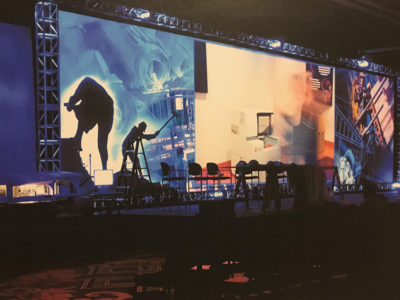 For Coachella Fest; Stagecoach; and Desert Trip, AVSU worked in broadcasting. “We provide camera ops… for the recording. When you’re watching Coachella live from Access TV or wherever… the filming you see is either our guys behind the camera… or they are right there on the stage,” Champagne explains.

One of the local events coming up that they are providing services to is Comic Con Palm Springs, which is one of Champagne’s personal favorite jobs. “It was fun. I don’t always get to go and be part of all the production, help do it all so, good experience… I’m looking forward to this year’s especially,” he says.

Comic Con Palm Springs Christopher Spellman is having the company do more than they do at other events. “As far as the stage design, we were able to work with him and work out a concept for him that they were pretty happy with. And then we will facilitate quite a bit going on around the property… It’s good to start on something on the first year and watch it grow and watch it get bigger,” says Champagne. 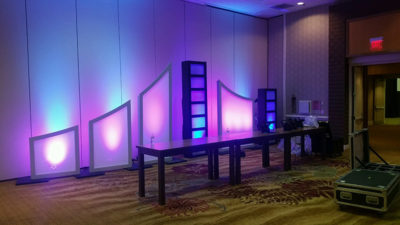 One of Greeson’s personal favorite events that he worked on was Comic Con San Diego, which he worked on for two years in a row. “I was asked to do teleprompting on that back in 2014 and again in 2015 for Warner bros… that’s an honor to work on that.” While there, Greeson was able to take his teenage son and encountered many prominent actors. “As we were finishing setting up for Warner Bros for later that night… I happened to look over and I actually said to my son ‘What’s that guy’s name again?’ and he went ‘that’s Chris Evans, Captain America.’” Samuel L. Jackson, Chris Hemsworth, Mark Ruffalo and Robert Downey Jr. also appeared. Greeson and his son were excited to realize that the panel that they were working on was packed with thousands of people and were able to see the release of the Avengers: Age of Ultron trailer. “Even from backstage, watching it from right to left, it was incredible.”

Greeson and Champagne think that what sets AVSU apart as a company is their customer service and the quality of the team that they have assembled. “In our business, everybody’s got the gear, or a lot of people have some of the gear, but it’s your service. No is not an acceptable answer. Our answer is yes,” Greeson says. “We were never a company that wanted to have overstaffing to where in the summer we laid people off or we cut their hours during the summer when there are less events. We are the trim outfit, 8 people that know how to do what they do. Everything else is supported by freelancers.”

Technical staffing is one of their core services. They’re able to connect clients with trusted and reliable workers to provide audiovisual support. They also provide their freelancers with training on how to use the equipment, which both ensures that their staff knows what they’re doing and builds the skill set of the workers. “A lot of companies don’t offer that they just tell you to show up with a pair of gloves… we try to be a little more involved,” Champagne adds.

AVSU’s goal is to ensure that their client’s events and content are impressive, energizing and high-quality. “It’s flattering to be invited to do something that you love to do that you think you do pretty well… It’s flattering to be asked to do it again… my intent is to always ace every job; to do a good enough job to be invited back is the highest compliment you can get,” Greeson says.

For more information about services or employment offered by AVSU, go to avsu.com.