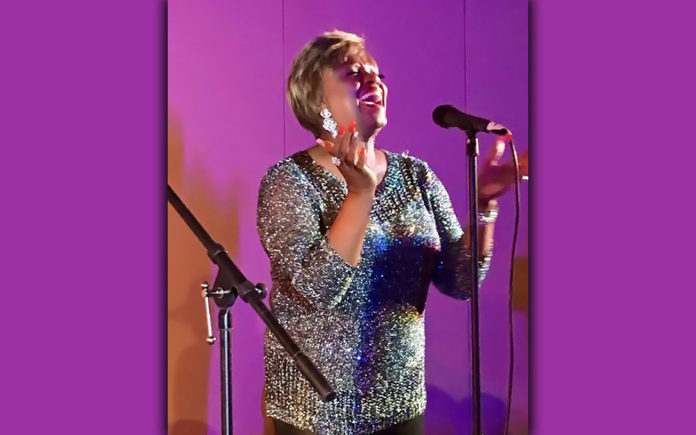 I first heard about Patrice Morris, a vocalist for the Fifth Dimension, from Ruth Ruiz, who booked her for her event. I also saw the comments on Facebook about how much the guests enjoyed her. I set up an interview and found that Patrice Morris comes from a gospel background and considers herself a gospel artist.  She first started at age 5. She’s done numerous recordings beginning in 1999 all in the gospel genre. Her skills in both vocals and composition are highlighted in her 2011 CD In Your Presence.

She is also a worship leader, vocal coach and speaker. Her dedication to her faith radiates from her happy bubbling personality. Her background in gospel has introduced her to many fans and friends along the way.

Patrice was referred via a chain of friends as a vocalist for the Fifth Dimension. This popular pop group has many hits including, “Up, Up and Away,” “Stoned Soul Picnic,” “Wedding Bell Blues,” “One Less Bell to Answer” and “Last Night I Didn’t Get to Sleep at All.” Patrice began touring with them in 2009 and continues today.

The 2018 tour schedule is going to be focused more in the California area much to the delight of Patrice and the rest of the group. Florence La Rue one of the founding members who leads this tour is planning to come out with a new single in 2018. Patrice is excited to be a part of this. 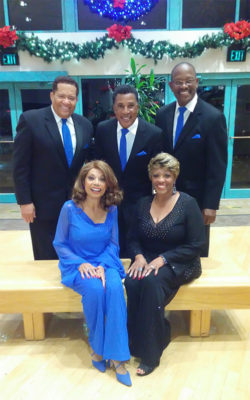 On a more regional note, Patrice also applies her skills at jazz and R&B at Cafe Roma in Idyllwild twice a month. This is where amazing musicians hang out and perform much to the delight of the locals and tourists. On New Year’s Eve she will be performing as a solo act with sax and keyboards backing her up at Citrus City Grill in Corona. She belts out classics from Aretha Franklin, Natalie Cole and more.

In addition to being a regular at Cafe Aroma she will also be performing at Citrus Grill in 2018.

When I asked her what her goals are she told me that she loves singing and that she’s blessed to be able to make her living doing that. So her goal is to continue to be able to do this thing that she loves so much. She said she loves to sing ‘clean songs that are meaningful’ and she always does tasteful events.

She notices how doors open to her and enjoys her very uplifting experiences meeting lots of people and making new fans. She even learns specific songs that her fans request. She entertains and encourages her base of fans to interact and have a good relationship with her.

I asked her if she had any messages for her fans. She responded, “I would love to thank them for being loyal over the years. They validate that this is what I am supposed to do.”

She also wanted to give a shout out to her husband of 38 years and her manager, Ken Morris. “I couldn’t do it without him. It’s a partnership that is made in heaven.”

To find out more about Patrice and her schedule check out her website at http://www.patricemorris.com/