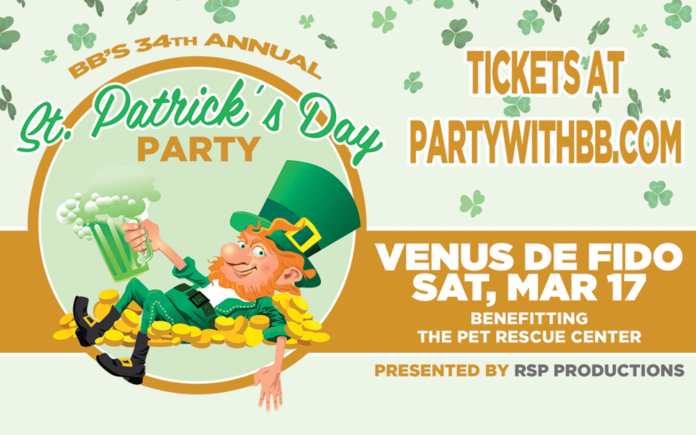 BB Ingle, the Master of Events and the Godfather of Parties, along with the spectacular new health spa, Venus de Fido, will be throwing a huge St. Patrick’s Day Party on Saturday, March 17th. The party will start in the afternoon, 2:00pm and end at 2:00am. This will be the first party BB has hosted at Venus de Fido and he believes people are going to be blown away when they see the set up and experience the different areas!

The “Wearin of the Green” event, which is produced by Ray Phillips with RSP Productions, will be spread out around the venue, incorporating the elaborate ballroom, dance room, patio, and lobby and will feature multiple DJs and bands playing different genres of music! Plus, just like in the distant past at the old St. Patrick’s Day Parties held in the parking lot of the legendary BB O’Brien’s Sports Bar, the party will also spill out into the parking lot, which will be surrounded by high-end recreational vehicles, a beer truck with green beer, Buzz Box Tent, traditional Irish Food, full bar, Escape room, PartyLife Photo Booth, and live entertainment! A real Irish tailgating party! 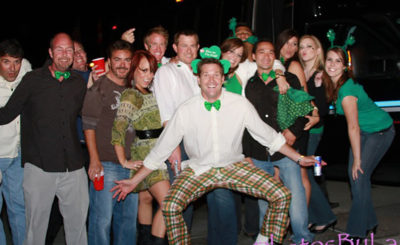 The entertainment will be highlighted by the John Stanley King Show, which has won numerous music awards and is considered as one of the top bands in the desert! Plus, John Stanley has a long history with BB going back over thirty years, as his band was the most popular band that played at BB O’Brien’s  and a few years after the bar was sold, it was sold again and became King’s Social Club! It is only fitting his band will be playing and another reason that BB considers this a reunion party of sorts for all those that use to attend the past St. Patrick’s Day Parties! Also performing will be Mark Gregg, who also used to play at BB O’Brien’s, Lance Riebsomer and David Morales from the hot new local band Black Water Gospel, Derek Jordan Gregg, DJ AaronC, the Deep Ones, Kristi King, and many more!

BB’s Parties are epic and have been entertaining desert party goers for decades, bringing in people not only from the desert area, but all over southern California! The St. Patrick’s Day Party though is the closest to his heart because it was the very first party he hosted & celebrated 34 years ago when he first moved to the desert! For those of you not familiar with BB or the old BB O’Brien’s Sports Bar, here is a little bit of desert history!

BB was part of a team of bartenders that traveled the country opening up new TGI Fridays Restaurants. Back in 1983, after a few years of being on the road, BB and the team were sent to open a Fridays in Palm Desert. This was the year before the Westfield Mall was built and the town was about to explode. The team was scheduled to be here no more than a month, but the gorgeous weather and resort atmosphere got them hooked and like most people who visit here, they decided to stay awhile! BB and his opening team of friends then made the decision to make this their home and follow their dream of opening their own restaurant; a sports bar with live music, dancing, big screens, and of course good food.

They started looking for a location and decided to open next to the busiest place in town, the old Rusty Pelican, which became the Tilted Kilt! In the process of coming up with a name, and over a few beers, they created a legendary star athlete who excelled in all sports, and they came up with the name BB O’Brien, a catchy name for an Irish Sports Bar. BB O’Brien’s was around for about twelve years and they were well-known, not only for their happening events, like their legendary St. Patricks’ Day Parking Lot Party, but also their excellent food, especially the Danish baby-back ribs! Everything was in place for BB O’Brien’s to expand to other locations and become a franchise! Plans were made to open in the all new Gas Lamp District in San Diego. However, one of the investors talked them into opening the first new expansion in Santa Barbara, but because of the area it was in, it didn’t work out. They became discouraged and the BB O’Brien’s in the desert was sold, but without the personalities there that made the place work, it eventually went downhill and was sold again! After it was sold, BB decided to keep the traditional parties going and the past few years the parties have grown into major events in the Valley with anywhere from 2,000 to over 5,000 attendees! 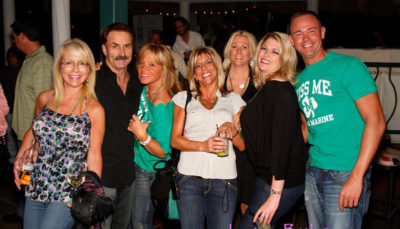 When speaking with BB recently, he was laughing when reminiscing about the very first St. Patrick’s Day Party 34 years ago, a few years before BB O’Brien’s opened. The party was set to be held at the El Dorado Polo Club in Indio! BB and his partners spent the night before cooking all the corned beef themselves. On the day of the party one of the biggest storms in years hit the desert with heavy rain and 50 mph winds. They had 5 hours to move the party and this was before the internet and cell phones. They made a deal to move it to Palm Valley C.C. They then got on the phones (landline) and the radio, started calling all their biggest networkers, had them calling their friends and ended up with 500 attendees and a fun party. It is stories like these that let us know that BB has the gift of party planning in his blood. BB has won the CV Music Award for Best Event Promoter for 4 years in a row and also earned a spot on CV Weekly’s Top 12 Men list twice. 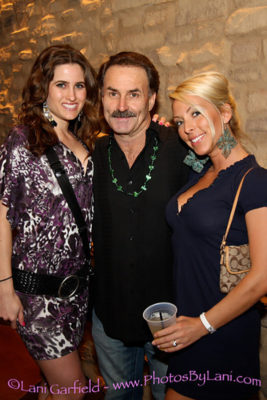 Venus de Fido is a perfect match for this party. Their mission is to help you feel good and from the moment you enter their Italian inspired destination location, you’ll experience the sensation that you and your beloved companion animal are more than just customers; you’ll become their pampered guests. They have combined multiple businesses to serve you. They invite you to check out this amazing Venue for events or everyday pleasures. There is simply so much to see and do at Venus de Fido that you have to see it to believe it!

This party promises to be the St. Paddy’s Day event not to miss! Tickets are only $15 in advance online at PartywithBB.com or $20 at the door with a portion of proceeds benefiting the Pet Rescue Center! Tickets can also be purchased in advance at Venus de Fido! For more info call 760-880-1059.