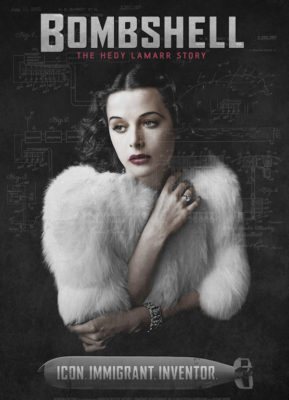 Alexandra Dean’s heartfelt, inspiring and ultimately heartbreaking documentary about Austrian actress Hedy Lamarr is a celebration of a singular life that touched almost everyone who lived in the 20th and 21st centuries.

Hedwig Eva Kiesler was born in 1914 in Vienna.  She fled an oppressive marriage to create a name for herself as one of Hollywood’s leading ladies in the 1940s.  She was called “the most beautiful woman in the world” and co-starred with the likes of Spencer Tracy, Jimmy Stewart, Clark Gable and more Hollywood giants.

Most movie buffs probably think of Hedy for two roles:  the first for her “scandalous” nude — but tame by today’s standards — swimming scene in 1933’s “Ecstasy” (adding to the film’s infamy, it was also the first to portray a female orgasm), the second for her portrayal of Delilah in Cecil B. Demille’s iconic Biblical spectacle “Samson and Delilah” (1949).

Dean’s revealing film mixes original interviews with archival footage.  What’s most fascinating about the smoldering beauty was her desire to exact revenge and contribute to the war effort after Nazi U-boats torpedoed a ship carrying 83 school children during WWII. 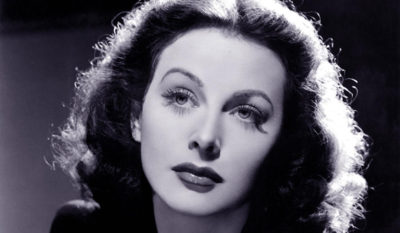 At night, after shooting her scenes on set, she worked with her friend eccentric composer George Antheil on a secret radio communication system that would allow the Allies to torpedo Nazi U-Boats with deadly accuracy.  Her goal was a radio-controlled torpedo that couldn’t be jammed. Her solution: random “frequency hopping” that revolutionized secure communications for wireless phones, Bluetooth, GPS and WiFi technology itself!

The secret communication system she created was groundbreaking and eventually changed the course of history.  Quite a feat for an inquisitive woman spurned as too beautiful to be smart.  She remains a viable and powerful role model to this day.

I loved this surprising and unforgettable portrait of an Austrian Jewish émigré’s beginnings, through her glittering Hollywood life to her groundbreaking, but unaccredited inventions and finally her latter years as a mostly forgotten, impoverished recluse.  Strongest recommendation. 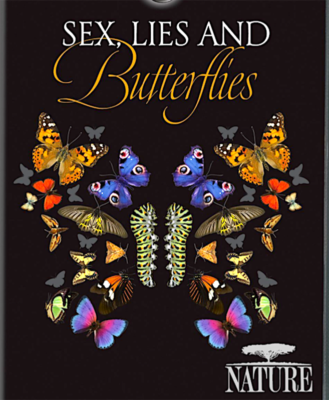 I have long been addicted to two PBS shows: Nature and Nova, especially the former.  Among the very best of the long-running series is the latest entry on the secret or unknown life of butterflies.  Dazzling cinematography takes the audience into a breathtaking, miraculous and colorful world that’s guaranteed to evoke a welcome sense wonder and awe.

The beautiful documentary explores some of the amazing abilities of butterflies, including their 360-degree infrared vision, deceptive camouflage, chemical weaponry and fantastic flight.

I learned that butterflies – about 20,000 species of them – inhabit every continent on the planet except Antarctica and that the eyes of a Painted Lady butterfly, whose habitat spans Europe, Asia, the Americas, and Africa, contain more than 30,000 lenses.

And get this: from Africa to Scandinavia and back, Painted Ladies were discovered to have traveled about 9,000 miles round-trip, completing the longest migration of any insect ever discovered!  And there’s so much more.  PBS/Nature.  Blu-ray 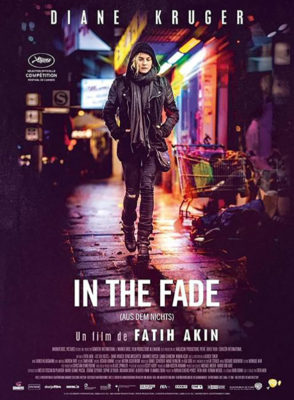 In 2018’s Golden Globe winner for Best Foreign Language Film, Daine Kruger stars as Katja Skerci, “a cocktail of grief, fury and regret” (AP).  The role earned Kruger a Best Actress Award at 2017 Cannes for her portrayal of a woman who lost both her young son and husband in a bomb attack.

Director Fatih Akin takes an unabashed approach to detailing the anguish that keeps Katja teetering on the edge while asking, “How should the victims of far-right-wing violence fight back?”

The film is as much about grief and mourning as it is vengeance and justice.  The gripping movie explores Katja’s search for the truth behind the attack and a trial that puts a young couple new to the neo-Nazis scene on the defense. 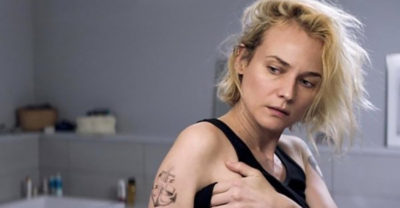 Inspired by modern neo-Nazi terrorist attacks in Germany, the movie forces its characters – and audience – to rethink the face of terrorism that is portrayed around the world.

Danilo, a lawyer and Katja’s late husband Nuri’s best friend, represents her in the trial against the two suspects.  The trial pushes Katja to the edge, but for her, there’s simply no alternative if she wants justice.  Magnolia.  Blu-ray.  Recommended.