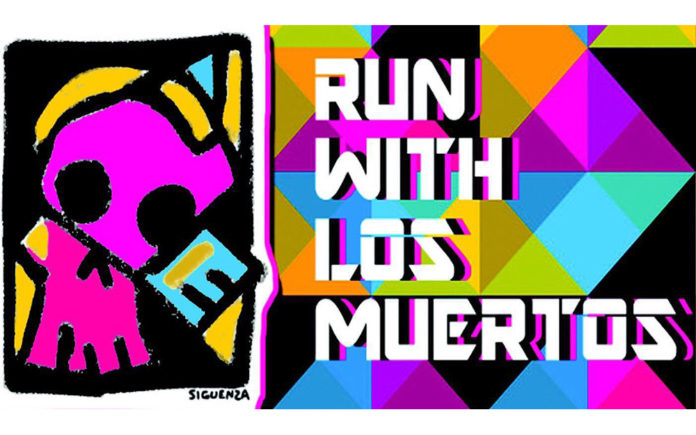 The much anticipated 5th edition of Run with Los Muertos is quickly approaching. The loaded musical lineup, pop up partners, art installations, plus an exciting and diverse field of runners all point toward the November 4, 2017 5th Annual Run with Los Muertos Block Party & 5k being the best one yet.

However…“Where to begin…?” At Run with Los Muertos that’s a question that’s not often answered “the starting line”. Though the feature of the night remains the 5k run, the surrounding block party festival has grown to create a diverse, educational, artistic, and culturally authentic evening of fun. Last year’s attendance surpassed an estimated 4,000 people. With the offerings below, that’s a number that could easily swell this time around.

MUSIC. Combine one legendary band, a band with a name that means “to cause a ruckus”, plus some favorite local Bands and DJ’s, and things will be lively. The Main Stage will include performances by: EL CHICANO, BUYEPONGO, COURTLAND, EEVAAN TRE, OCHO OJOS, FEMME A, and ANA BROWN. The Community stage will offer performances from upcoming local bands including some created at the AMP Music Camp.

ART. The local collective of students, artists, and innovators at Raices Cultura have been bringing day of the dead culture and art to Coachella for 12 years. They will once again create memorable art spaces and installations throughout the event. Run with Los Muertos Artist of the Year Paola Villasenor aka “Panca” will also be on hand. 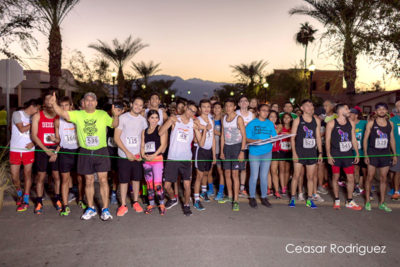 POP UPS- As the official food and beverage sponsor Babes BBQ and Brewhouse will be bringing their award winning craft brews and delicious food to headline this years delectables. The Living Desert will be popping up in the vendor village and will be bringing some of their non-human team members with them! Members of the CV Days OF Los Muertos coalition including, Sunnylands, Palm Springs Art Museum, Childrens Discovery Museum, Cabots Pueblo Museum, and the PS Cemetery District will create a museum row of arts and crafts stations for children of all ages.

RUN. The flat and fast course has attracted a more competitive field over the years. The course record set last year of 14:45 sets the stage for this years individual competition. Reigning and defending Team Champion College of the Desert XC has drawn fierce competition and will look to extend its streak. Run with Los Muertos, a day of the dead themed health and culture event that annually draws hundreds of runners and thousands of visitors to Old Town Coachella invites participants to run in honor of a passed loved one. “Who will you run for?” For registration and more information please visit www.RUNWITHLOSMUERTOS.com or https://www.facebook.com/runwithlosmuertos/