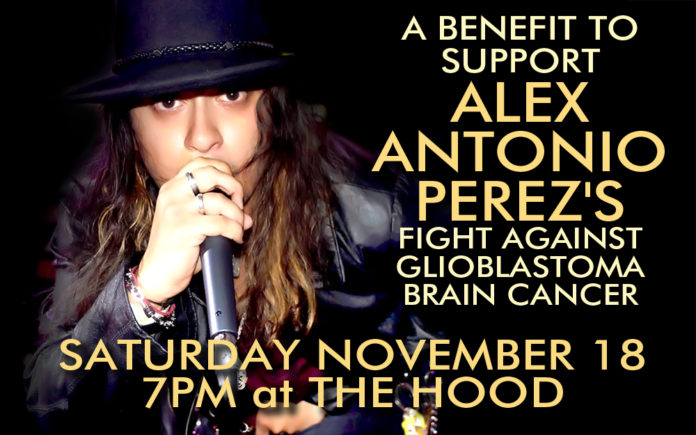 $5.00 Suggested Donation at the Door and a Raffle with All Money Going To Alex

Alex is the lead singer of the band Hollace and formerly of Deadend Paradox. He was diagnosed with Glioblastoma Brain Cancer last October of 2016. I recently interviewed Alex’s wife Jennifer about the year long journey they have been on trying to beat brain cancer.

CVW: First I would like to start by asking about the specifics of the date Alex had his first seizure, surgery, chemo, radiation, etc.?

Jennifer Perez: “Alex had his first seizure while at band practice with Hollace October 26, 2016. He stepped outside for some fresh air in between songs and when the guys noticed he hadn’t returned in a while they came outside and found him on the ground and incoherent. The guys acted quick and got him in the car to take him to the ER, I received a frantic call from Shawn aka Stretch informing me that Alex may have had a stroke and they were on their way to the ER. The first scan found a large mass in his brain and at that point we were hoping and praying for the best but were soon told the most heartbreaking news of our lives. After multiple tests were completed, we were met with the information that Alex needed to have a craniotomy and resection performed ASAP and just like that he was scheduled for surgery first thing Halloween morning 2016. After the surgery took place the surgeon came out and told us that it was in fact a very aggressive type of cancer called Glioblastoma and that they successfully removed over 90% of the tumor. I insisted I be the one to tell Alex the news and after a few days of recovering from surgery and when I felt he was able to understand what I was telling him, I undertook the most difficult task of my life and told the love of my life that he has brain cancer. After a few weeks recovering in the hospital and after extensive rehabilitation (physical, occupational and speech therapy) he was released home to my care.  He endured 6 long weeks of radiation which were completed January 12, 2017. He had been taking chemotherapy drugs at home for the past 10 months. He was introduced to a very new and remarkable treatment called Optune Therapy which uses magnetic arrays to prevent future cancer cell growth.”

CVW: He had shown progress and was even able to perform with Hollace at the CV Music Awards the end of July. Can you tell us what happened recently that put him back in the hospital? 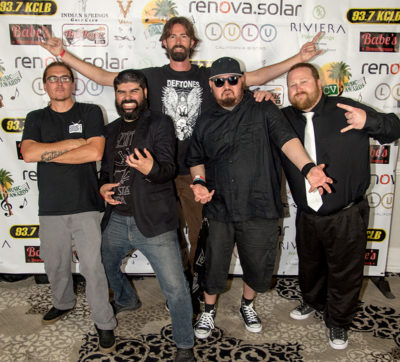 Jennifer Perez: “Alex received MRIs every 2-3 months to check on progression of the disease and up until his last MRI in late August of 2017, there had been no progression of the disease. This was great news considering the highly aggressive type of cancer it is, but still not good enough for us, so we started him on a CBD Oil regimen, holistic supplements and a special diet. You name it, we’ve tried it. Alex had seizures during this time, on average about 1 per month. The seizures are a common side effect of this type of brain tumor. They were terrifying for Alex and we were always on standby. Through medication, we had the seizures under control for the most part. Alex woke me up early in the morning on October 21st (just a few weeks ago) because he could feel a seizure coming on. At this point, I was so used to him having seizures that the most important thing I could do other than keep him safe, was to stay calm and to pass that calm energy onto him. A few minutes after the first seizure subsided, he started having a second seizure which then turned into a third seizure and 911 was called, the medics came and on the way to the ER Alex had a 4th seizure in the ambulance and a 5th and 6th while in the ER. Immediately after he was stabilized, he was taken for a CT scan which showed us an undeniable growth. Over the course of less than 2 months, his tumor had spread to the right side of his brain and had more than tripled in size. Surgery was imminent and was scheduled ASAP.”

CVW: What is the prognosis at this point? What are the doctors saying from here moving forward?

Jennifer Perez: “After having a 2nd brain surgery the plan now is to begin a different chemotherapy drug, this one is administered intravenously and will begin on Monday, November 20th. He will start back up with the Optune therapy in December after his brain has had some time to heal. We will have MRIs every 2 months and continue with treatment as long as it is working successfully. We haven’t come close to exhausting our resources so we continue to FIGHT! There are other treatments out there, both traditional and non-traditional, and we are willing to try whatever we can to beat this cancer!”

CVW: I know everything is on a day to day basis right now. Is Alex able to get up and walk? How about talking and communicating? 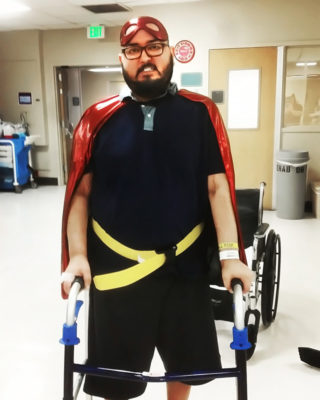 Jennifer Perez: “Alex stayed in an acute rehabilitation center for in depth physical, occupational and speech therapy. He was discharged on November 4th and has been receiving therapy at home. He’s getting stronger every day and within 1 week was able to graduate from a wheelchair to a walker and now to a cane. He’s experienced right sided weakness and the use of his right arm is very limited at this point but with therapy, should continue to grow stronger and hopefully return to his baseline. His biggest difficulty right now is communication. He has expressive aphasia which essentially means that although he understands what is being communicated to him, he has great difficulty expressing himself and communicating to others. I have to translate for him majority of the time. It takes a great deal of patience, but is terribly frustrating for him because he knows exactly what he wants to say but can’t get the correct words out.”

CVW: I know how much Alex loved performing. How hard has it been for him not being able to perform during all this?

Jennifer Perez: “After the first surgery, Alex’s goal was to be able to do what he loves most in this world, write, play and perform music. Hollace has been so supportive of Alex during this whole process and while Alex was unable to play shows for a while, they still rehearsed almost every week. This brought such joy to Alex’s life!

Alex feels most at home when he is on stage, everything else disappears, all worries and problems are gone. He can be his true self, and express himself freely. It’s been very difficult for him to not be able to perform during all of this but knowing that his bandmates are supporting him and there waiting for him to get strong enough to get behind the microphone again is very encouraging to him.”

CVW: What else makes him happy or gives him any peace or comfort while going through all this?

Jennifer Perez: “Laughter is key! Whether it’s watching movies, stand-up comics or silly animal videos on YouTube, we try to keep him laughing! Alex finds peace and comfort through his family and friends that have shown an overwhelming amount of love and that support him in his fight against this horrid disease.”

CVW: You and Alex also got married during this past year. 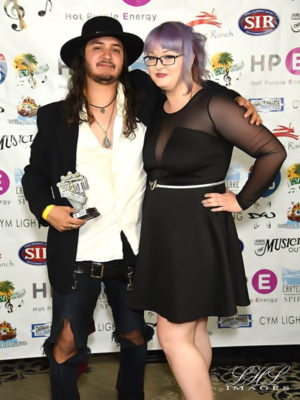 Jennifer Perez: “Alex and I have been dating for 13 years, living together for 10 years and married for 6 months. The day before his first surgery, we decided it was finally time to get married. I think Alex finally realized that if I would stay by his side through all of this, then I’m really not going anywhere. So we planned an intimate wedding in my parent’s backyard and entered into the covenant of marriage.”

CVW: What do you do to stay strong for him?

Jennifer Perez: “Alex and I have been through so much before we even came down this road and we’ve each helped each other out of some very dark places. Of everything that we’ve been through, this is the most physically and emotionally difficult experience of our lives. We’ve always balanced each other out, when one of us is down, the other will pick us back up. My role is to get him through this. I’m not sure why this happened, no it isn’t fair but there is no point in dwelling on the obviously shitty situation. This universe presented us with this challenge for whatever reason and I find peace in knowing that everything, no matter how fucked up it is, happens for a reason. We just haven’t figured out why yet. We have the most amazing family and friends that have been so incredibly supportive.”

CVW: You mentioned that Alex needs 24/7 care right now. Can you share about the financial stress of all of this?

Jennifer Perez: “When I heard the diagnosis, I knew it was going to be a long and treacherous road and that I needed to do whatever I physically and emotionally could to keep him strong and focused on fighting. I quit my job and we are so lucky that we were able to move in with family where we’ve been living for the past year. We have a lot of support from both family and friends, but not working for the past year has been taking a toll on our finances. Alex and I have always been so independent and have always refused to ask for help, but at this point in time, we need it. It’s beyond humbling that so many people have reached out to us to show their love and support, it means so much to us.”

We look forward to seeing as many people as possible this Saturday night at The Hood to raise money to help Alex and Jennifer through this difficult disease. The suggested donation is only $5.00 at the door but you certainly can donate more. There will also be a raffle with awesome prizes to raise more money. If you can’t make it to the event you can donate: gofundme.com/alex-antonio-perez-cancer-fund.