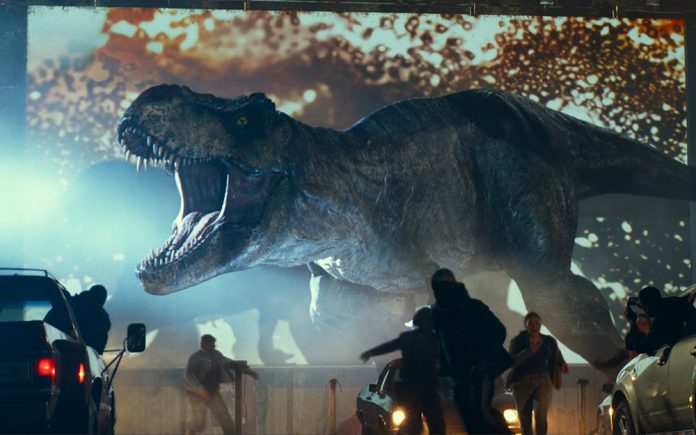 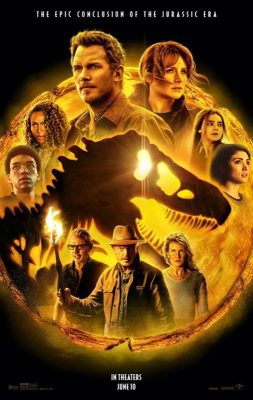 This iteration of the venerable dino franchise takes place four years after Isla Nubar was destroyed.  Problem is, the prehistoric beats have survived and migrated all over the world.  They live, breed and hunt alongside humans the everywhere.

It’s nice to see Laura Dern, Sam Neill and Jeff Goldblum back from the original film – can you believe it’s been 29 years! But the sense of awe, wonder and fear that the original entry triggered is missing.  However, the extraordinarily crafted visual effects are certainly convincing and eye-popping in ways that were once unimaginable even a few years ago. All the creatures here, including the gigantic insects in what is the best sequence are utterly alive and menacing.

However, this exercise in controlled chaos is fundamentally inconsequential and meaningless.  It’s always a treat to experience movies that are thrilling, visceral and thoughtful. We like cutting edge eye candy with challenging ideas that tickle our brains.  But this isn’t that movie.  It’s sad to report that this franchise appears to be ending on a discordant not as humans recognize too late that the future is at stake and it’s the humans that are destined for extinction.

So here’s a recommendation if you like the notion of visiting a planet devoid of human but populated with dinosaurs, check out APPLE+’s sensational “Prehistoric Planet” with the esteemed David Attenborough narrating!   Now playing only in theaters.

TWO NEW TO OWN MOVIES FOR THE HOME THEATER: 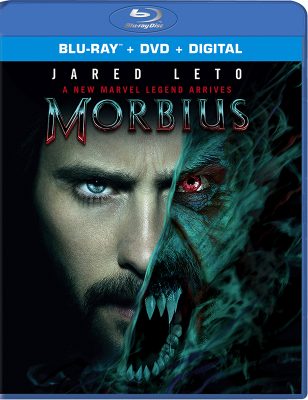 One of the more conflicted characters in Sony Pictures Universe of Marvel Characters comes to the big screen as Oscar winner Jared Leto transforms into the enigmatic antihero Michael Morbius who is dangerously ill with a rare blood disorder and determined to save others suffering the same fate.

Dr. Mobius attempts a desperate gamble.  While at first it seems to be a radical success, a darkness inside him is unleashed.  Will good triumph over pure evil – or will Mobius succumb to his mysterious and unsettling new urges?

On the other hand, this often-nonsensical story filmed with cheap effects can be a dreary exercise in futility even with the talented Jared Leto in the lead.  SONY.  Blu-ray. 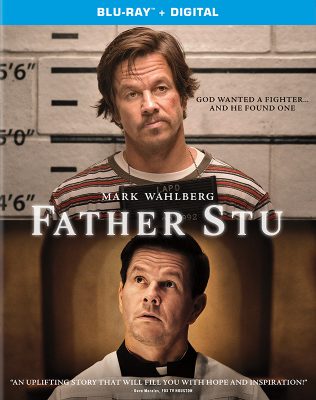 Based on a true story. This unflinchingly honest, surprising funny and even uplifting story about finding meaning and purpose in a most unexpected place.

After surviving a horrendous motorcycle accident, Stuart Long (Mark Wahlberg) wonders if he can use his second chance to help others find their way – and leads this former amateur boxer to the surprising realization that he is meant to be a priest.

However, despite a devastating health crisis and the skepticism of church officials and his estranged parents (terrific performances from Mel Gibson and Jacki Weaver), Stu pursues his new vocation with courage and compassion, inspiring not only those closest to him, but countless others he encounters on his life’s path.  Rosalind Ross directs with a gentle but firm hand.  Limited bonus material includes 10 minutes of deleted scenes.  SONY.  Blu-ray.

I want to hear from you dear reader.  What are you watching these days and what are you most eager to see at — home or in a theater? Drop me a line.