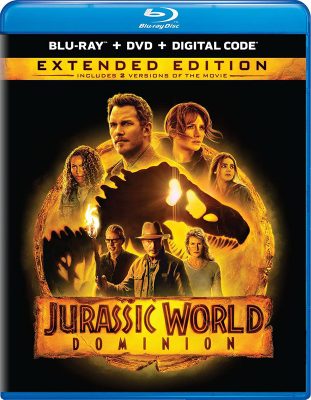 Now you can bring home the latest and possibly last edition of the groundbreaking dino franchise with 14 minutes of never-before-seen footage, including an alternate opening, more dinosaurs and jaw-dropping globe spanning action all in a truly stunning 4K Ultra HD transfer.  This state-of-the-art home video looks and sounds as good as the big screen theatrical version with it’s robust full spectrum immersive sound.

This well-received popcorn movie generated over$950 million in global ticket sales, The movie topped the box-office charts in 72 world markets on its initial weekend release and broke franchise records in 16!

The extended cut home theater edition includes better than average behind-the-scenes content the chronicles the making of the movie from beginning o end, the original short film “Battle at Big Rock,” and much more- 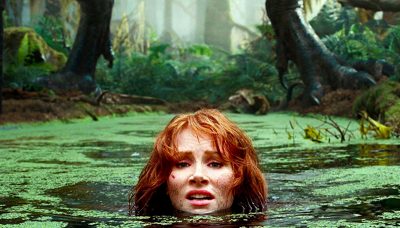 We join the filmmakers for a tour of the amazing underground dino market set and discover how they brought it to life.  “MAYHEM IN MALTA” is a behind-the-scenes look at the Atrociraptor rooftop chase and Owen’s harrowing motorcycle ride through the narrow streets and alleyways of Malta. 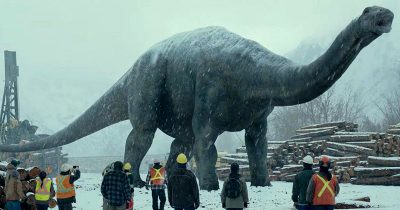 “INSIDE THE DIMETRODON” reveals how the filmmaking team operated the terrifying Dimetrodon animatronic and we hear from Laura Dern and Sam Neill on what it was like working with the huge realistic prop.

In the featurette “CREATING A PLAGUE,”-Laura Dern and Bryce Dallas Howard discuss the enormous locusts. The creature effects team reveals how they were created and deployed.

Chris Pratt and Isabella Sermon share why they enjoyed working with it “GIGA-BITE,” the biggest star of the film, the Giganotosaurus.

In the poignant short “FINAL NIGHT” we witness the emotional final night of filming with the cast and crew.

This film displays the best of Hollywood’s tricks in helping us suspend disbelief. What we see on screen looks utterly real.  These monsters that actually tread in ages past again roam the earth and are for all practical purposes living and breathing creatures that are an invisible mix of wondrous practical and computer effects.  4K/UHD.  Universal.

Questions or comments?  I want to hear from you. What have you seen at home or in a theater recently that you liked and recommend?