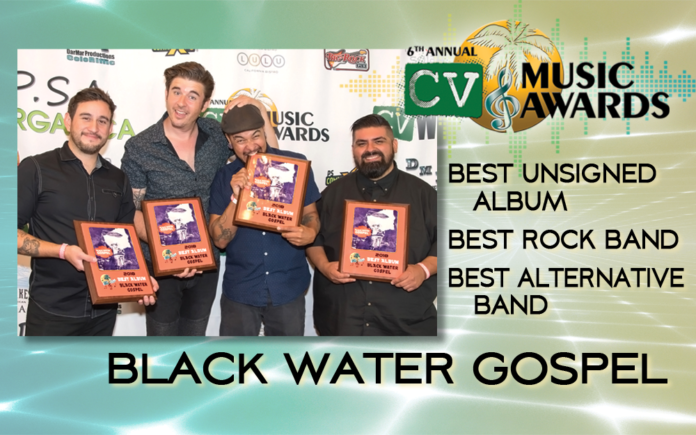 Black Water Gospel burst onto the CV Music Scene back in November of 2016. They released their first 5 song self-titled EP on February 18, 2018 with much appreciation from their fans, garnering the band 13 CV Music Awards nominations. On June 3, 2018 they walked away with Best Rock Band, Best Alternative Band and the coveted Best Album Award, for that first self-titled release.

It’s easy to see why, after just one listen to these songs. You’ll feel like you’re listening to a multi- platinum artist, not someone who just recorded their first EP. The band is comprised of Lance Riebsomer (vocals, guitar), David Morales (guitar), Dan Dillinger (bass) and Alex Maestas (drums), with Riebsomer writing the lyrics.

The EP was recorded and produced in Orange County by Riebsomer’s good friend Aaron Andersen, who used to live here in the desert and was a touring musician as a guitarist and also in the band Warhol. It was mixed by Bryan Cook and mastered by Mark Chalecki. 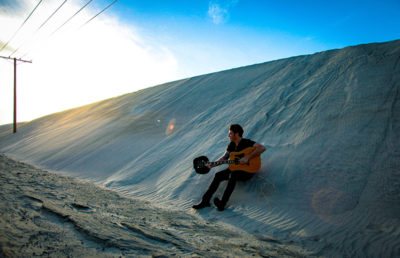 Riebsomer has said that these songs are “basically the story of the greatest romance and heartbreak of my life.”  His ability to write from such an authentic, raw and painful place has given us 5 well-crafted, hit-worthy and anthemic songs to sonically delight us.

On “Everybody Knows,” Riebsomer sings: She told me that I was her James Dean/Come a little closer if you know what I mean/The taste of her lips intoxicating/The things she said I can’t repeat it/By the time she left she had me begging/She had me begging, pleading, screaming/Everybody knows where you’re hiding all your mistakes/She’s lying on the floor/And I’m picking up the pieces. 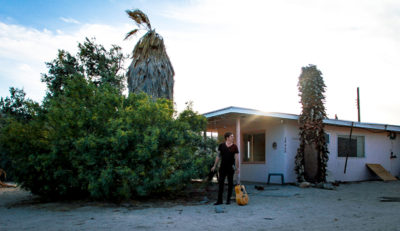 The disc takes a bit of a bluesy turn on the track “Downtown,” where Riebsomer sings with sass; I know she got me on the side/That’s why I’m taking my sweet time/All of the things she can do/It’s worth it to take the abuse/She plays a little better than you/She knows a little more than you do/I gotta have all that I can/Sugar please, sugar please/I’m going downtown with a little bit of cash tonight/So we can shake it and get down.

It really is difficult to pick a favorite out of these 5 songs. It’s like listening to a greatest hits album, but again, it’s their debut EP. These songs make you want to drive around with the windows down singing along letting out your own angst. Riebsomer’s soulful and passionate voice oozes sexuality. Songs like these are how babies get made. With this first offering being so perfect, I can’t wait to hear what Riebsomer pulls out of his songwriting arsenal for their follow up CD.

The EP is available on iTunes, Apple Music, Google Play and Spotify.