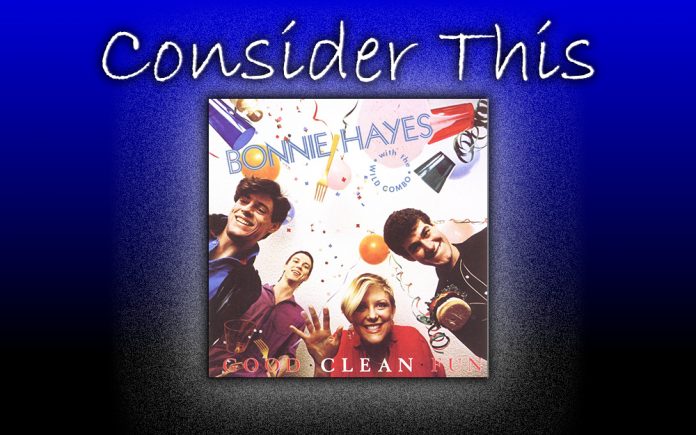 My teenage years coincided with the late ‘70s and early ‘80s, basically as Disco receded and Punk Rock/New Wave roared to life. It also coincided with something of a renaissance for Teen movies, beginning with the spot-on “Fast Times At Ridgemont High” and culminating in John Hughes’ honest, but funny canon of coming-of-age films.

I didn’t hold out much hope for 1983’s “Valley Girl.” The movie began life as a knock-off of Frank Zappa’s surprise 1982 hit song of the same name. The song featured his teenage daughter, Moon Unit, offered a withering take on the colloquial Val-speak that was the lingua franca of L.A.’s San Fernando Valley. So I expected cheesy exploitation (think “Porkys” at the Sherman Oaks Galleria). Happily, turned out to be a sweet, sharp, funny and heartfelt film that found Hollywood Punk “Randy” romancing a perfect, popular Val named “Julie.” (It was couple years before I realized, like “West Side Story,” the screenwriters transposed Shakespeare’s “Romeo And Juliet” plot to the dayglo early ‘80s, and included a happier ending).

The movie featured charming and authentic performances from Deborah Forman and Nicolas Cage (an unknown, in his first significant part), in the lead roles. Plus a superlative supporting cast that included Cameron Dye, Elizabeth Daily, Michelle Meyrink, Colleen Camp and Frederic Forrest. But a huge part of the movie’s appeal was the pitch-perfect music. Beginning with the live performances from L.A.’s own Plimsouls, and including fresh hits from Punk and New Wave bands like The Jam, Culture Club, Sparks, Payola$, The Clash, Men At Work, Psychedelic Furs, and Modern English. But it’s Bonnie Hayes and the Wild Combo that kick the film into gear with “Girls Like Me.”

Bonnie Hayes grew up in the San Joaquin Valley, the eldest of seven kids. After her family relocated to San Francisco, she played in a Jazz fusion band. But she had a musical epiphany when she saw the Sex Pistols first U.S. show in Atlanta. Responding to the primitive energy and all-around “fuck you-ism” of their sound, she returned to San Francisco, started writing songs and assembled a band which included guitarist Paul Davis, bassist Hank Maninger and drummer Keven Hayes.

Originally known as The Punts, the four-piece self-released a single, “Shelly’s Boyfriend,” b/w “Rochambeau.” It did well enough to interest labels, and they signed with respected L.A. indie, Slash, home to X, The Germs, The Dream Syndicate and The Blasters.

Their debut, Good Clean Fun arrived in 1982 and received airplay on KROQ and other like-minded radio stations in California. Despite the fact that the band gigged constantly, and achieved a modicum of notoriety thanks to “Valley Girl,” they never broke through commercially. Weirdly, Slash (which was now distributed by industry giant, Warner Bros.) dropped them. Still, Bonnie and a new Wild Combo line-up recorded an EP, Brave New Girl and hit the road opening for Huey Lewis And The News, before quietly calling it quits.

Bonnie went on to become a successful touring musician playing keys in Belinda Carlisle’s band and then with Billy Idol. By the end of the decade she had raised her profile considerably when another Bonnie recorded two of her songs, “Have A Heart” and “Love Letter.” Both were featured on Bonnie Raitt’s Nick Of Time album, which went on to sell five million copies and win three Grammy awards.

In the ensuing years Bonnie’s songs have been recorded by everyone from Cher, Natalie Cole and Bette Midler to Robert Cray, David Crosby and Booker T & The MGs. She has also maintained a solo career, intermittently releasing new music in 1987, 1996 and 2003. Sadly, her debut has been long out of print, and never available on CD. But the cool kids at Blixa Sounds have fixed that grievous error with their new reissue.

The opening three tracks simply leap out of the speakers, the first two, instantly familiar from “Valley Girl.” Pounding piano, a rollicking beat and swoony Girl-Group harmonies open the effervescent “Girls Like Me.” Bonnie’s vocals are sly and confident as declares her independence in the opening verses; “They got a word for girls like me, they gotta name but they don’t want to use it, it’s all the same to girls like me, it’s all or nothing to girls like me.”

The frolicsome instrumentation matches the lyrics’ verbal dexterity and her defiant delivery as rubbery bass lines and duck-walking guitars connect percolating keys on the break. In just under three minutes the song conveys the wild exuberance of the early ‘80s that seemed to signal anything is possible.

Even as engines vroom, the mood downshifts for “Shelly’s Boyfriend.” Spiky guitars, propulsive keys and a handclap beat just edge out honking horns and souped up Hot Rods. Here Bonnie warns Shelly that her boyfriend’s a bit of a selfish prick and offers some empowering advice; “Shelly, you’re a wild one, you’re at a wild age, you want a while to run, you need a while until you see, you are so much more than mom wanted you to be/Girls will be girls and boys will be boyfriends, you go around the world, Shelly, in the end you will see, it’s not all that they led us to believe it would be.”

If you were only allowed one or two songs to explain New Wave music to, say, future generations, along with Devo’s “Whip It,” the third track, “Separating” would surely do the trick. Surprisingly stately piano notes are quickly supplanted by shang-a-lang guitars, twinkly keys, boomerang bass and shifting time signatures. The vibe is fun and flirty, Bonnie’s hiccup-y vocals take on a caustic edge as she warns “If you think you want to play me baby, oh, you better find another game!” Serrated guitars wiggle, squiggle and squall on the break over an impossibly boinging beat. It’s just non-stop fun.

Bonnie and the Combo switch it up on a couple of songs. The action slows on the more contemplative “Coverage.” Over flickering guitar, tart piano notes and a tick-tock beat, nuanced lyrics presage our obsession with media and that 15 minutes of fame that Andy Warhol predicted; “The TV’s talkin’ to me, it’s positive identification, but maybe I’m mistaken, I talk to my radio, I keep it tuned to the all-night show/I’d give my last dime for coverage, but you will not cover me, I got a penchant for the printed page, I got a mention in the Monday news, I was on my last leg when it came through.”

Meanwhile, “Raylene” is an unexpectedly adroit, relax-fit Samba, accented by gamboling piano runs, frisky bass lines, Latin-tinged guitars and an elastic beat. Lyrics highlight Raylene’s dilemma, live for today, or plan for tomorrow; “She liked to run away, she wasn’t afraid of failing… she loves the past, but she’s trying to forget the future.”

On an album that is stacked with classic tracks, standouts include “Joyride” and “Inside Doubt.” On the former, lyrics limn the typical teenage angst, anchored by connect-the-dot keys, cascading guitar riffs, tensile bass and a ricochet rhythm.

The latter is a muscular rocker powered by slashing guitars, swirling keys, spidery bass and a see-saw rhythm; a searing guitar guitar solo rachets up the tension on the break.

The album closes with “The Last Word” which is equal parts angular and expansive. Cantilevered guitars and crashing drums bookend lyrics that offer some tense, conversational back-and-forth; “He said ‘love is a fiction, love is a fiction and you are a fool. Let’s get it understood, I want it to be good, but you can’t tell me what to do’/I said ‘you are the joke and you can choke on what you think you know, you’re in the wrong lane, but it’s not to late to change, it you check behind you.’”

That’s where it all ended back in 1982, but the Blixa kids don’t leave you hanging, along with the Good Clean Fun long-player, the collection also includes the “Brave New Girl” EP in its entirety, plus their first single, and a clutch of unreleased demos.

The Brave New Girl cuts exhibit a sleeker sound. The title track is sharp, but somewhat cluttered by the de rigueur arrangements and instrumentation that practically stamps a “use by” date-code of 1985. The piano-driven “After Hours” is Jazzy and intimate. Instead of drafting off overly synthesized hit-makers like Howard Jones, it leans closer to the confessional Pop of Rickie Lee Jones.

“Incommunicado” is pleasingly dissonant, but the EP really comes alive on the closer, “Night Baseball,” a piquant homage to San Francisco.

The demos are the real treasure trove here, beginning with The Punts self-released single “Shelly’s Boyfriend” b/w “Rochambeau.” The former is a blueprint of a more polished version found on ….Fun. The latter is prickly, the melody builds off brittle, stop-start piano notes. Lyrics liken a rocky romance to the zero-sum game of Rock Paper Scissors.

The final early demos, Killing Time, Leap Of Faith and Yes-No are primitive and Punky at all the right ways. Still, they hint at a musical sophistication lurking right beneath the surface. It’s clear, even here, that Bonnie is destined for greater things.

Listening to Good Clean Fun nearly 40 years on, it’s mystifying why it wasn’t a bigger hit. That same year, the Go-Go’s smashed through the glass ceiling of Rock & Roll (becoming the first girl-centric band to hit #1,singing and playing their own songs). It ushered in a brief era when women-led bands like Romeo Void, Missing Persons, the Motels and Berlin, along with solo acts like Toni Basil and Josie Cotton stormed the charts. Perhaps Bonnie Hayes and her Wild Combo got lost in the shuffle.

Of course, Bonnie still managed to carve out a successful career in the music industry. The return of Good Clean Fun confirms she had the goods right out of the gate.