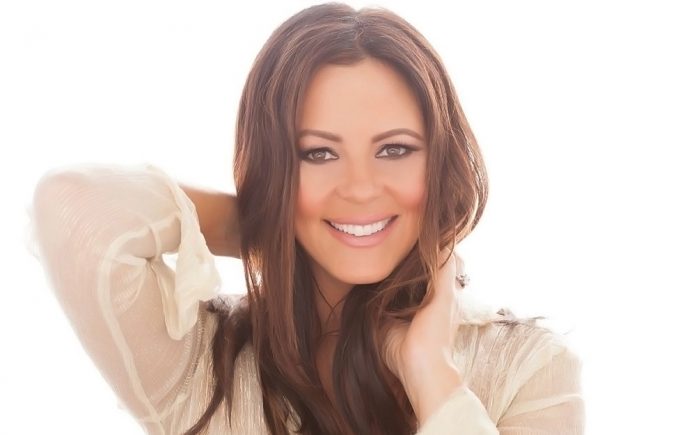 TALKS FAMILY, ‘BRO COUNTRY’ AND AGREEING TO DISAGREE AHEAD OF FANTASY SPRINGS CONCERT

Sara Evans has notched five No. 1 singles, sold millions of albums worldwide and won some of the most prestigious awards in country music. Playing close to 100 shows per year, the “Born To Fly” singer is at the top of her game and is set to perform at Fantasy Springs Resort Casino’s Special Events Center on Friday, November 15th at 8 p.m. Tickets ($69, $49, and $39) can be purchased at the Fantasy Springs Box Office, via phone (800) 827-2946 and online at www.FantasySpringsResort.com.

Evans continues to forge a bold creative path with her upcoming ninth studio album and a well-received side project with her daughter Olivia and son Avery. Calling from her once-again hometown of Nashville, the platinum-selling singer discussed the importance of family, why she detests Bro Country, and what the country needs now.

FELCI: You grew with a large family on a farm in New Franklin, Missouri. How did your upbringing shape you as a person and as an artist?

EVANS: “I think growing up in a large family shaped me as a person by putting an extremely important emphasis on family. You know, the importance of family and making family a priority always. I think it made me a better mom because I helped raise my younger siblings. My mom was always in the house cooking three meals a day. Every Sunday night you could show up at my mom’s if you wanted to and she would have dinner made. And I try to do all those things with my family that lives here in Nashville. Being raised in a big family teaches you to share. It makes you feel like you have a lot of support. And it definitely makes me feel loved and never alone.”

FELCI: Early on in your career you established friendship with Martina McBride. How did that come about and how has your relationship grown over the years? 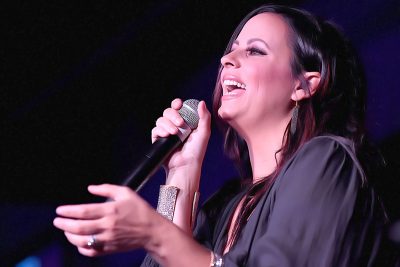 EVANS: “We were on the same record label, she got signed a year before me. So by the time I got on the label she was already a star. And so I looked up to her and she’s always been like a big sister to me. Our backgrounds are so similar. She grew up performing in Kansas, so she’s from the Midwest and also grew up on a farm. Everything she did was just a little ahead of me. I got to watch her and learn from her. I remember when I was pregnant with my oldest, one night I was sitting there panicked, thinking, “what am I going to do when I have the baby? How am I going to manage this career and travel and all that?” So I called Martina and she said, “hire a nanny and take the baby on the road.” And I was like, yeah. Duh. So we just formed a friendship way back then, and you know, didn’t see each other for a long time because I moved to Birmingham and lived there for 10 years. When I moved back to Nashville recently, Martina was one of the first people I wanted to reconnect with.”

FELCI: Speaking of Nashville, you’d been there for almost decade by the time your mainstream commercial breakthrough, Born to Fly, was released in 2000. What did that teach you as an artist about perseverance? 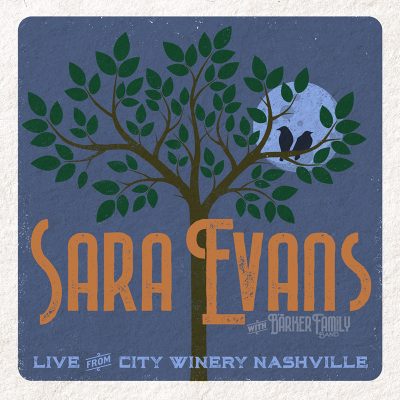 EVANS: “Well in this career and especially dealing with country radio, you sort of have that carrot dangling in front of you at all times and it’s always just within reach. But country radio makes it incredibly difficult to actually get it. And so it was easy for me to get the record deal compared to most people. I mean, most people live here [in Nashville] for years without ever getting a deal — especially these days. It’s so hard to break through, especially if you’re a woman. So I got my record deal pretty quickly and easily. Then I made my first album, Three Cords and the Truth, and it didn’t really have any radio success but it did have a lot of critical acclaim. So I felt like I was making it. And then I had my first No. 1 with “No Place That Far,” and that took me to another level. Then after my first child was born I had this awakening, or I don’t know what you’d call it. I was just so unbelievably happy and settled after becoming a mom. And it changed me and made me feel super confident. My whole vibe and outlook on everything changed. I was like, ‘I’m going to change everything I’m doing in my career. I’m going to take it over. I’m going to grow my hair long and become this sexy young mom.’ I just gained all this confidence. I felt like, now that I have this child I have nothing to lose because now that I have this child that’s what I’m truly living for. So I’m going to take a lot more risks in my career. That’s how Born to Fly came to be and it’s all been history from there.”

FELCI: Your son Avery and daughter Olivia perform with you in The Barker Family Band. Tell us about that “Partridge Family”-type experience.

EVANS: “It came about because Avery started playing guitar for me after he graduated high school. I always have two guitar players in my band, and when one of my guitar players left I asked Avery to step in. I thought the fans would probably love to hear me do something with the kids. At that time my youngest, Audrey, was in junior high and wasn’t really interested in singing or music. She’s an amazing dancer and that’s kind of her world, however now she’s starting to sing and it’s awesome. But at the time, it was just Avery and Olivia that were more into the music. So I went to my manager and said, “I think we should do a little limited tour and call it The Barker Family Band — sort of like the Carter Family.” Then we went into the studio and made a little EP. We did like six shows and it was awesome. We recorded the last show we did, in Nashville, and released it to iTunes. It was an awesome experience in terms of music — my brother plays bass, my sister sings harmony. We had a great time and got to do all these cool cover tunes that we’d never done before.”

FELCI: When you look at country music today, what do you like about it? Who inspires you?

EVANS: “I feel like the music is opening up a lot. I’ve just been in the studio for the last four weeks straight working on my new album. And I met a bunch of new musicians and new producers and new engineers who are making waves in Nashville, but not the Bro Country stuff.  So that’s super inspiring. I worked with a guy named John Davidson who’s the lead singer for The Brummies, their album [Eternal Reach] is just absolutely amazing. I’ve been working with Ruston Kelly’s producer, his name is Jarred K — he’s phenomenal and they’re all extremely talented. It’s not the old Nashville way. So that’s awesome for me because I detest Bro Country and frankly it’s embarrassing. I like great music and it’s inspiring because it’s really rapidly coming into Nashville. They’re making some great music that I consider to be true country/Americana/great songwriter-type music.”

FELCI: You’ve been always been outspoken about your political beliefs. How do you feel about the direction of the country and what would you like to see change?

EVANS: “I feel like everybody needs to just chill and stop fighting so much. There’s so much negativity and fighting. Everybody should be allowed to believe what they want. And everybody should be able to say what they believe and what their opinions are, and not be afraid to do that. But I think we’re still at a point where you can’t really say much because there’s no middle ground for some people. There’s no room to be like, ‘well I like this and I don’t like this. So I’m not going to just label myself one way or the other.’ And everybody needs to stop being so mean about other people’s opinions. That’s what I’d like to see.”

FELCI: What can your fans expect from your performance at Fantasy Springs on November 15th?

EVANS: “I’m going to be singing all the hits. You know, I’ve got some amazing musicians on stage with me who so honored and proud to perform with. I tell some funny stories, or what I think are funny stories, and I’ve got some great music. My prayers are always that people leave my shows inspired and happy and on a high.”

Tickets for Sara Evans start at $39, on sale at the Fantasy Springs Box Office, via phone (800) 827-2946 and online at www.FantasySpringsResort.com.