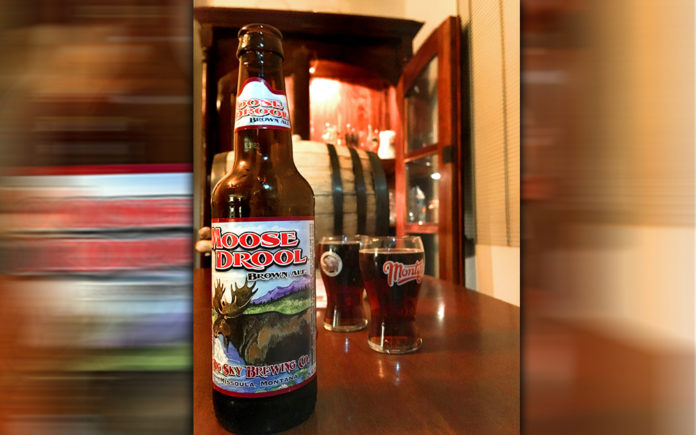 Last week I recommended a few different styles of beer that work perfectly with a summer barbecue, chief among them Pilsners, Vienna lagers, and IPA’s. Well, there exists a style of beer that’s so underappreciated, so undervalued, and so overlooked, that even I forgot about how well it pairs with food: the unloved, hard luck American Brown Ale.

Around the time our world was experiencing the tragedies of the Chernobyl disaster and the Challenger explosion (1986), I was losing sleep about a crisis of my own. Optimus Prime got killed off in Transformers: The Movie, and there was no way that Rodimus Prime had the kind of charisma needed to command the Autobots! Well over in San Antonio, TX, homebrewer Pete Slosberg opened a brewery, and his flagship recipe was called Pete’s Wicked Ale. Meant to be his interpretation of Samuel Smith’s Nut Brown Ale, Pete instead created a bolder and brassier version of the style, and with it, pioneered the creation of the American Brown Ale. 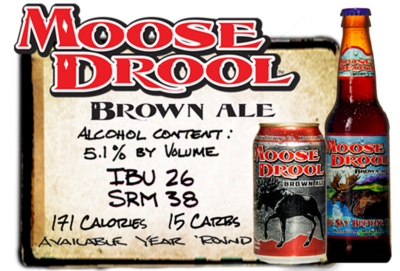 What makes amber ales and lagers pair so well with bbq and grilled meats is even bigger and more evident in brown ales. Not only do you get the same toasty malt flavors found in an amber, but caramel and chocolate notes also come into play, as well as enough hop bitterness to keep the beer from tasting cloying and sweet. A favorite amongst budding home brewers for its forgiving nature and user-friendly formula (the big, broad flavors of a brown Ale mask many brewing flaws), its lack of complexity unfortunately allows many craft beer snobs to turn their nose up to its simplicity. Brown Ale’s really don’t get enough love. The perfect beer to have when a Pilsner or amber isn’t enough, but a porter or stout is too much, it finds itself as a jack of all tastes, master of none.

Big Sky Brewing Company opened its doors in 1995, and one of its most popular offerings is Moose Drool, their brown Ale. I first became aware of this beer when I was a homebrewer, ordering ingredients online from a brew supply company called Northern Brewer. Northern Brewer sells a recipe kit called “Caribou Slobber”, a thinly veiled Moose Drool clone. It was the second beer I’d ever brewed in my kitchen, and the first brown ale that I immensely enjoyed. Since those days, Big Sky Brewing Co struck a distribution deal that sees Moose Drool being sold at Palm Desert’s Total Wine, and I finally got to sit down for a proper review.

In case you thought the name, Moose Drool was some kind of slick analogy or maybe a metaphor for something else, there’s a big freaking moose on the label, and it’s drinking from a stream, and there’s water drooling out the sides of its mouth. The beer pours a reddish brown with amber highlights, capped by a small head of tan foam that quickly dissipates. 4/5

Lightly sweet baking chocolate; cocoa and cooked sugar, with some licorice on the back end. Pleasantly appealing, and begs for a first sip. 4.25/5

Pale malt dominates, dry and grainy, with enough bitterness and woody, herbal hop flavor to keep the beer from seeming sweet. Toasted, dark flavors are prevalent, but the chocolate and caramel flavors to be found in a brown ale are restrained and almost muted in Moose Drool. Extremely drinkable, and while non-craft lovers may find it very accessible, those expecting big flavors may be left craving more.  3.5/5

Disappointingly thin and light. Doesn’t have the silky mouthfeel or full-bodied, palate coating texture of Ellie’s Brown Ale (Avery Brewing Co) or even the nutty sweetness of Downtown Brown (Lost Coast Brewery). Kind of in the realm of Bud-Light, as far as mouthfeel goes. 3/5

A great craft beer to introduce casual beers drinkers to brown ale. This beer will leave you wanting more. But, if you are a Newcastle drinker looking to try brown ales that aren’t mass marketed, there’s no better place to start than Moose Drool.