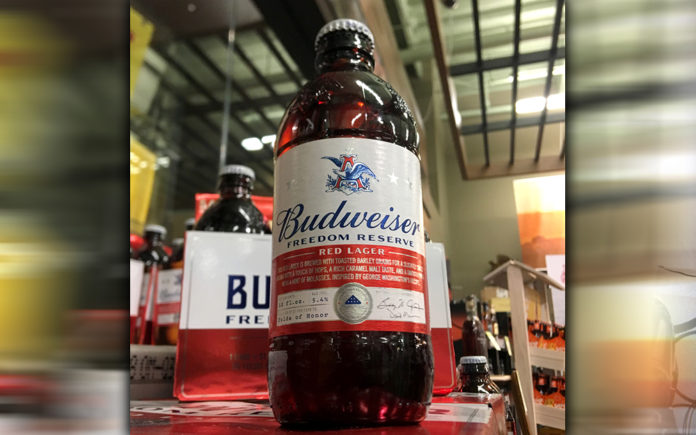 Budweiser released its second edition of the Freedom Reserve series, and given my current fascination with reviewing Budweiser products, I had to know what it’s all about.

One of the reasons craft beer purists hate AB Inbev (the shortened name of Anheuser Busch InBev SA/NV, the global conglomerate beverage and brewing company) is because of the practices the corporation has used in the past to try and keep independent brewers from having shelf space in retail outlets like grocery stores. Once those methods didn’t work out as successfully as they’d have liked, AB InBev then invested millions in buying out successful small craft breweries like Goose island, Golden Road, and Elysian. Craft beer saw themselves as the rebellion, and AB Inbev was doing nothing in its power to stop itself from looking like the evil empire.

But AB Inbev is no different than any other ruling house that is trying to maintain control of its once large dynasty, and for all the shady corporate practices that they’ve been guilty of, there’s also some very cool practices as well. 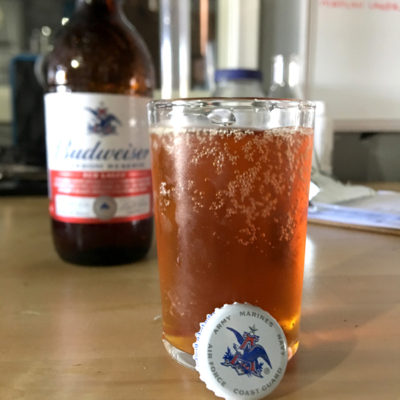 A press release on Anheuser Busch’s press site states, “Budweiser Freedom Reserve Red Lager was brewed by the veterans who brew for Budweiser, with a portion of proceeds sold this summer benefitting Folds of Honor—a nonprofit organization providing scholarships to military families.”

Budweiser’s also playing up the fact that this beer is based on George Washington’s historic homebrew recipe, found in his 1757 notebook, which is public domain in the New York Public Library house. His original recipe simply calls for molasses, hops, and yeast, and several small breweries from New York have already attempted their take on the brew. Budweiser is the first massive production brewery to take on the historic beer, and I got my hands on a six-pack to find out how they did.

APPEARANCE: Packaged in an attractive, vintage-style stubby bottle, the beer already appeals as a throwback to older designs. It pours into a glass a deep-orange color that just hints at amber, with a full cap of foam that dissipates quickly. It’s a little unsatisfying, it leaves me wanting more color from this beer. If you’ve ever had Alesmith’s Evil Dead Red Ale, then you’d know how sexy looking a deep red beer can look. 3/5.

SMELL: A balance of cooked, malted cereal and woody, herbal hop character. Assertive, with a nose of cedar and a slight, burnt-sugar sweetness that makes you think of molasses. Nowhere to be found is the cooked-rice nose that you get from standard Budweiser; this beer is serious about making a statement to beer drinkers. 4/5.

TASTE 4/5: Taste follows the nose, with a deep, caramel sweetness tempered and balanced by a mild bitterness. The taste is a little subdued; but to me it speaks of skill and craftsmanship to create a beer that puts balance and nuance before big, bold flavor and attitude. Gone is the taste of adjuncts, along with the vegetal taste you get at the end of a Budweiser lager as it warms. No wait…there it is. Just a little vegetal at the end of the palate, but still not a strong flaw that detracts from the flavors.

Critics will call it bland or boring, but craft beer acolytes must also think the same of a well-made British bitter. The flavor is enough to appeal to entry-level craft drinkers, and for that I give it 4/5.

MOUTHFEEL: Another area where this beer gets good marks is its mouthfeel. Medium-full bodied, but with a slightly silkier mouthfeel than you’d expect from a mass marketed lager. The carbonation seems less sharp as well, allowing me to taste the lightly-caramel flavors going on in this beer. 4/5 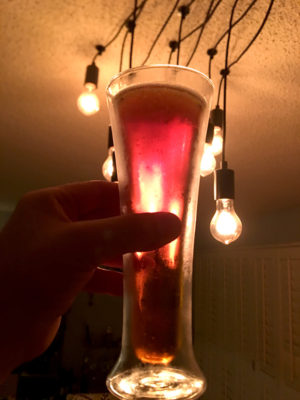 OVERALL: In 2013, MillerCoors put out a red lager called Third Shift, and it was designed to blur the lines and definitions of what craft beer is. Here we are five years later with AB Inbev’s take on the style, and not only is it a better beer than Third Shift, but it further blurs the lines of what a craft vs mass marketed beer is supposed to be. While craft beer is busy furthering the boundaries and definitions of what a beer can be, larger breweries are getting better at crafting the basic styles that put craft beer on the map in the first place. Freedom Reserve is an unexpectedly good brew from a company usually vilified by the craft beer industry, and it earns a solid ranking of 3.8/5.