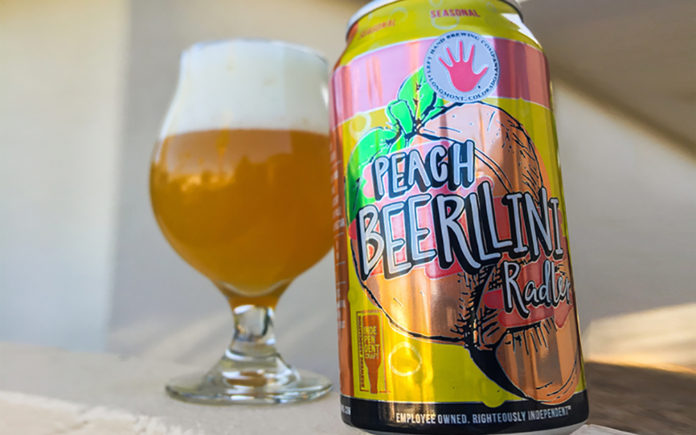 Legend has it that King Henry VIII loved both beer and champagne so much that he had a habit of pouring them into the same glass and drinking them together. Now King Henry VIII is known for his drinking; as well as his eating; as well as having some of the most complicated relationship issues (to say the least) this side of recorded history. His love of blended drink caught on with the masses (who arguably didn’t live the kind of baller lifestyle needed to keep champagne on hand always), who began to substitute ginger beer for champagne, and this a history of blending beer with soda was born. Working folk began to call the concoction a shandygaff, and by the late-1800’s, it’s popularity had spread to the United States, Canada, and basically anywhere you could get your hands on some beer and ginger ale.

By 1922, Shandys (It was bound to be shortened, am I right? Shandygaff is such a cumbersome word anyway. It’s kind of annoying to say, to be honest. Shandygaff. That’s a dumb word, but kinda fun. I digress.) were certainly heard of across Europe, but German Innkeeper Francis Xaver Kuger created a national drink of his own when he reportedly had to pour drinks for 13,000 cyclists who stopped in at his tavern while completing a tour. Not having enough beer to supply that many thirsty patrons, he came up with the brilliant (and shady) idea to mix his pilsner beer with lemonade (which by all accounts, he had barrels and barrels of because no one goes to a fricken bar and orders lemonade). The thirsty athletes (who, let’s face it, probably wouldn’t have turned down anything) loved the brightly flavored and refreshing concoction, and Francis Kuger dubbed it the Radlermass (which translates to “cyclist’s liter” in English) in their honor.

Why am I telling you all of this? Because this is an educational column, thank you very much, and now you have a cool factoid to tell people next time you want to impress them with some sweet shandygaff knowledge. But more so, because I’m reviewing a shandy that calls itself a Radler! Or maybe it is a Radler, I’m just confused at this point. That’s right; by the 1970’s, the names Radler and shandy began to be used interchangeably to express the same concept, namely a combination of beer with juice or soda. The only real difference in its modern verbiage is whether you want your drink to sound English or German in name. Left Hand Brewing Company took inspiration from Francis Kuger, and created Peach Beerlini Radler; their summer seasonal brew that sounds like a promise of refreshment on a hot July day, here’s how it stacks up:

Pours a turbid, hazy orange with a think, billowy head of foam that lingers for minutes before dissipating. If you poured a glass of this next to a glass of New England style IPA, I’d take me a moment to guess which is which. The settling foam leaves a nice bit of lacing on the glass. The can features some nice, playful artwork that suggests a beer that’s light and summery. 4.5/5

No hops, or cereal, or malt flavor detectable with this nose. Nothing that resembles beer as far as I can smell, just peaches. Tons and tons of peaches, fresh and canned. The aroma is at once sweet, fruity, and syrupy, with a barely perceptible metallic twang on the back end. 4.5/5

Juicy, fruity, stone fruit nectar that tastes like peaches, apricots, and nectarines all pulped together. Sweet and tart, with enough Weiss beer character shining through to remind you that this is indeed a beer drink. Although there isn’t any hop flavor that’s detectable, and the yeast strain is neutral enough to not dominate the profile, grainy wheat and cereal notes shine through the fruit. For as sweet as it is, it never comes across as cloying, and is exceedingly drinkable. 4.75/5

Medium-full, with a palate coating juiciness and enough carbonic sting to keep it lively and bright on the tongue. Very much what you’d expect if you blended a Kerns Nectar with a light, crisp wheat beer. 4/5

Peach Beerlini Radler is a fun and delicious beer that’s as thirst quenching as a shandy or Radler is supposed to be. Many commercial examples fail in the flavor department because of how difficult it is to retain the distinct and nuanced flavors of beer and juice/soda once they’ve been pasteurized and put on a shelf for an indeterminable amount of time. Leinenkugel’s Summer Shandy is the perfect example of what I’m talking about. It’s the most widely distributed and commercially available shandy on the market, and it’s simply not that good. But Left Hand Brewing nailed it with their shandy- err, Radler (I’m still confused by the whole thing), and this is the bright and shining example of how good craft beer can be. Peach Beerlini Radler is available at Total Wine in Palm Desert and is a limited release, so if you’re interested in trying it, pick it up soon! TOTAL SCORE 4.6/5