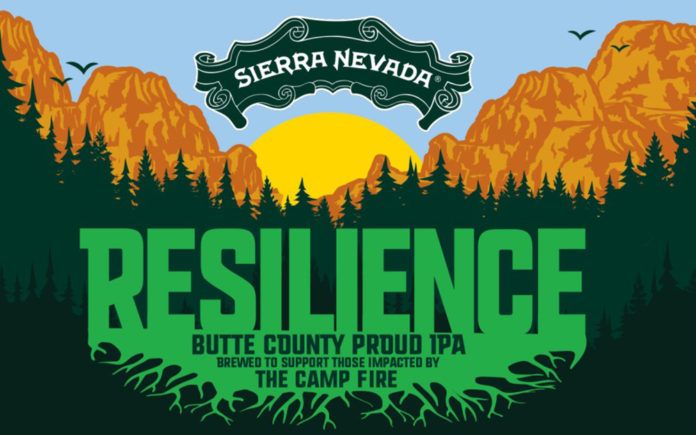 According to the California Department of Forestry and Fire Protection, the 2018 wildfire season is the most destructive season on record in California. As of Veterans Day, there were a total of 7,579 fires burning in an area of nearly 400 square miles; the largest amount of burned acreage in a fire season. Officials say the number of people missing or unaccounted for continues to fluctuate, but the number remains at 475, with the remains of 54 people positively identified so far.

With so much grim news being reported, many relief efforts were started to aid the survivors of this catastrophic event. Chico, California is a city that was on the western edge of the Camp Fire (one of the two most destructive fires that burned) and is home to the Sierra Nevada brewing company. Working with the Golden Valley Community Bank Foundation, the brewery created the “Sierra Nevada Camp Fire Relief Fund” to assist residents affected by the Camp Fire, and now hundreds of breweries across the country are taking part in the massive fund-raising effort by brewing the RESILIENCE IPA together on Tuesday, November 27th.

A statement released by Sierra Nevada’s owner and founder Ken Grossman read, “We are proud to announce the upcoming release of Resilience Butte County Proud IPA. We will be brewing Resilience on Giving Tuesday, November 27 and donating 100 percent of the beer sales to the Camp Fire Relief Fund. In addition, we are also asking every brewer in America to brew Resilience and do the same. I’m sending a letter to brewers across the country, inviting them to join us in this effort. We are working with malt, hop and yeast suppliers to provide raw ingredient donations to all participating breweries and are asking those breweries to donate 100 percent of their sales to the fund, as well. We know that the rebuilding process will take time, but we’re in this for the long haul. Our hope is to get Resilience IPA in taprooms all over the country to create a solid start for our community’s future.”

Popular local spot the La Quinta brewing company is participating in the event, with brewers Skip and Ryan brewing the IPA with brewers across the country, including yours truly. Brewcaipa brewing company’s founder, Scott Daniels, is a retired Fire Captain who’s had firsthand experience in battling forest fires. He’s witnessed the devastation to animals and nature, people and property, and he made sure to sign his brewery up for the event immediately. Hangar 24, Escape, Black Market, and Bootleggers are just a few of the neighboring breweries that will also be taking part in this event and serving Resilience IPA in their taprooms. 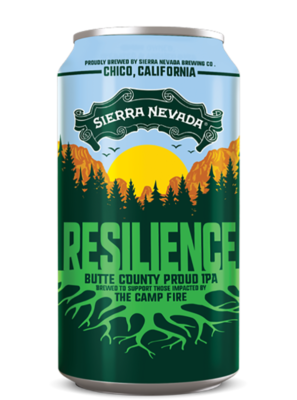 Malt and hop suppliers are working around the clock to ship materials to all the breweries involved so this massive tandem brew day can take place. Resilience will be a massively hopped, classic west coast style of IPA, a style that Sierra Nevada helped to pioneer. The beauty of this project comes from a customer’s ability to visit different breweries and taste all the slight differences that come from so the various techniques and styles that different brewers employ. Even when using the same malts and hops, there are many other variables that will made a beer taste distinct to where it’s made. Many brewers usually have a house yeast that they use to impart a signature flavor into their beers, and the different types of well and ground water found from region to region also can change a beers character ever so minutely.

By the time this article goes to print, the big brew day will have just happened the day before. Most brewers will allow their IPAs to ferment and age for 3-4 weeks (Or longer. Or shorter?? I dunno, I just do me, fam. I like to give my IPA’s about a month to round off the harder edges and smooth out the flavors, but I know other guys turn and burn theirs in 2-3 weeks) before serving, so expect to see Resilience IPA in breweries across the state by mid to late December. When it’s finally on tap, I’ll be joining by fellow brewers by raising a pint, and toasting Ken Grossman for making this happen. Cheers!