It’s good to be back. Thank you for the many kind words and thoughts during my absence. I feel strong and it’s good to be back among my movie family. I have been reminded during my unexpected sabbatical how much movies matter in the real world. Recently in the Intensive Care Unit of Eisenhower Medical Center, I was surprised to get caught up in an emotional conversation about the 1935 version of “Midsummer Night’s Dream.”  Movies matter most of all because it’s a way we can share our common human experience and make it meaningful. Also, movies remind us that we are not alone. They can warn us and show us how to live fully, be brave, and laugh hard. Movies matter because they can be healing. 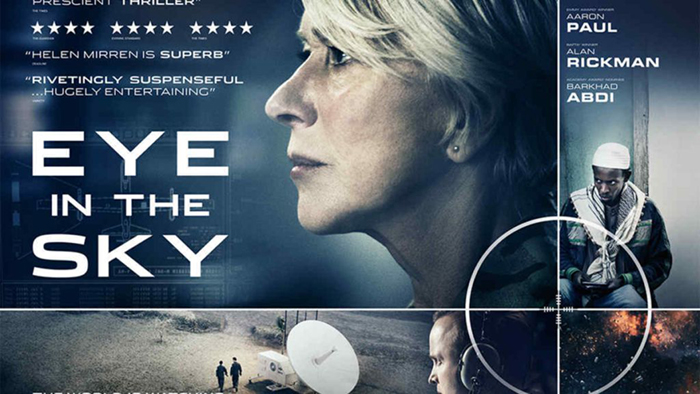 EYE IN THE SKY

Director Gavin Hood’s fiercely moral thriller is a riveting case study about modern drone warfare and the unexpected personal toll on those that pilot the drones and have their fingers on the buttons of the virtual guns and bombs that kill enemies of the West and spill actual blood and guts in real time.

Helen Mirren and the late Alan Rickman star in this terrific movie that explores President Obama’s specialized and singular military policy. But make no mistake, the movie is not a political diatribe, but rather an unsettling autopsy of how we wage war.

“Eye in the Sky” asks a provocative question: Does conscience still figure in modern warfare? How does one determine right and wrong? In fact, what moral guidelines are there against which warfare itself can be examined and justified? And what about those long embedded religious notions? For instance, is it worth accidentally killing an innocent person if it means saving the lives of 80? If you think the answer is easy, then maybe you are not ready to plunge into the morally complex, supremely provocative and viscerally exciting “Eye in the Sky.”

The wonderful Helen Mirren stars as a British colonel in charge of a joint Anglo-American operation. Consider this scenario: Working from England, she’s tracked three terrorists — two Brits and a Yank — to a house in Kenya. They’re loading suicide vests. And then a little girl wanders into the kill zone.

If the Army takes out the terrorists now, the child will probably be killed. If they don’t, many more people are likely to die. So, what to do?

Thousands of miles above, camera drones watch the scene far below unfold, while nearby, armed drones hover.

The colonel wants to fire the missile, but her government wants to wait for more intel. The American Secretary of State has no such doubts about going through with the attack. Meanwhile, the young drone operator (Aaron Paul) sits on a Nevada base, his finger on the trigger, has nothing but doubts. This is not a video game, however much it seems like one to him and to us.

As the clock ticks, the window of opportunity closes tighter. Everyone argues a little louder. And the question is asked, again, quick: What’s the right thing to do?

“Eye in the Sky” may start in low gear, when the players — is this merely a game? — begin making their arguments. The tension quickly builds to the breaking point.

The actors all disappear into their roles. As the colonel, Mirren is terrific — a fierce warrior willing to bend as many rules of engagement as it takes to finish the job at hand. As her commanding officer, the late Alan Rickman, is equally dedicated but clearly weary of all the bloodshed and the looming prospect of more to come. Jeremy Northam, as the British government official on deck, sweats and stammers as he verbalizes the politics of it all. Please, is there anyone else who can make this impossible decision for him? Watching this thriller, I was as intellectually engaged as I was emotionally and viscerally thrilled.

As the suspenseful plot unfolded on the screen, I realized “Eye in the Sky” had no intention of letting him or me off the hook. The tension just kept building. One thing the movie seems to be saying is that it is impossible to predict all the consequences of military engagement, however morally justified one chooses it to be. Or, just because we are so technologically advanced to guarantee a win, do we then agree to engage in combat.

Today, we enthusiastically wage war by remote control. But can evil be destroyed and the world made safer by using these modern almost miraculous hi-tech breakthroughs? And who’s to stop our enemies or our government from pointing killer drones at us?  Don’t miss this great and relevant movie.

Please note: At Cinémas Palme d’Or Friday night, March 25, there’s a LIVE IN-PERSON Q&A WITH STAR AARON PAUL, FOLLOWING THE 6:45PM PERFORMANCE OF “EYE IN THE SKY.” This special event will almost certainly sell-out, so get your tickets early. 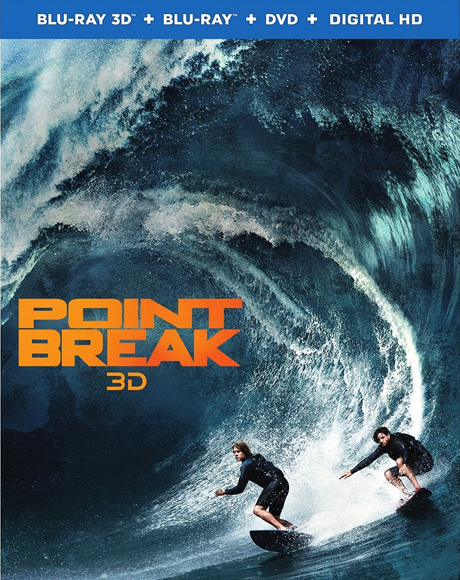 In this visually adept reboot, thrill-seeking criminals again perform a series of daredevil stunts to loot money and gems, only to give it away to the less fortunate and fund ways to destroy those who seek to exploit the planet. Training for a job with the FBI, young recruit Johnny Utah (Luke Barker) suspects that only extreme athletes could pull off these heists. Utilizing his own special skills, Utah infiltrates the gang of thieves after befriending their charismatic leader, Bodhi (Edgar Ramirez). As Johnny experiences the rush of their lifestyle, his superiors realize that his loyalties are being tested to the limit.