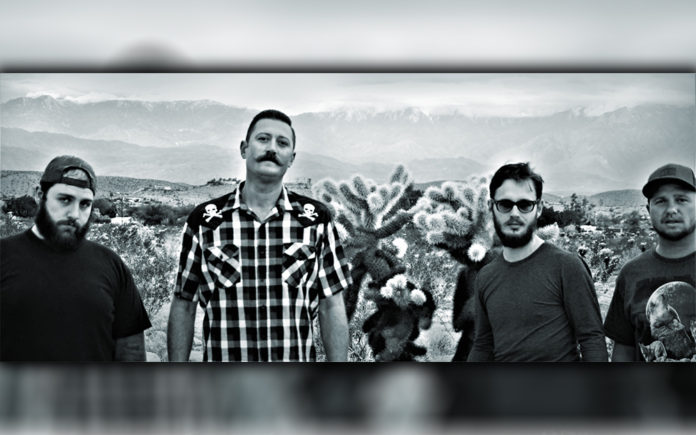 Much like a phantom ship, the band Captain Ghost has ridden into the Coachella Valley desert music scene virtually undetected. Their single, “Poison Skies,” available on all major music platforms, is the perfect introduction to a sound that is pretenseless as it is convincing. Captain Ghost is Bradley Burton (Songwriter, Lead Vocals and Guitar), Corwin Hendricks (Drums), Mikey Hendricks (Bass) and Nick Hales (Lead Guitar).

Captain Ghost will be performing with The CMFs, Stevieraps, Yakúb, Arsk, Tommy Hillz, Alec, Sonny D Heavy, Slum G and D.O.M. on Saturday, January 19, 2019 at The Hood Bar & Pizza. The diversified Rock and Hip-Hop event is presented by Most Infinite Records and G.O.O.N.S. Entertainment. The show is 21 and over only and begins at 9 p.m. There is no cover charge.

CVW: You have your first single, “Poison Skies,” available on all major music platforms. The song is admirably up-tempo and keeps its timbre until the breakdown and outro; I love it! What can you tell us about the essence of the song and recording?

Brad:  “Well, thank you for the kind words. I think the essence I tried to capture here was urgency, that’s honestly one of my favorite themes throughout the years of being a music fan and these seem to be urgent times in a way, with all that’s going on in the world. I think that influence comes from being a fan of Punk Rock. History is reciprocal; like with 80’s Punk Rock, the era can influence the artwork.  As far as the recording process, it was a lot of fun and actually one of my first experiences in the studio.”

Brad: “It was an honor to be on 93.7.  T.K. came out to our last show in time to catch a few songs and he heard “Poison Skies” at the end of our set. He told us he wanted us in studio the following week and asked if we had the last song recorded for him to play. Luckily, we did so we set it up. It was a blast!”

Corwin: “It’s surreal to think we have a song on the same airwaves of the station I grew up listening to. The opportunity T.K. and KCLB is providing us is super helpful to get local music out to a large amount of listeners in our community.” 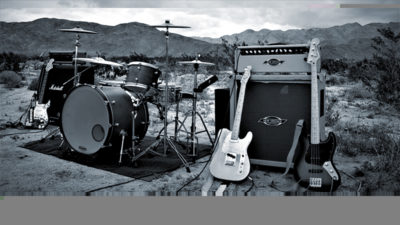 CVW: You have a show at The Hood on Saturday 1/19 with The CMFs. What can you tell us about the show?

Corwin: “Were excited! We love playing at The Hood. We hope to provide a high-energy performance. Our first show was with The CMFs in the CV Music Showcase about a year ago. They are a killer band and we enjoy sharing the stage with them anytime.”

CVW: You recently shot a video for your single. Tell us about the pre-production/production process of developing a music video.

Mikey: “Well, the video is a dual concept fitting for the song. We chose a cool spot in Sky Valley to shoot. While in the middle of production a local elderly couple yelled, ‘We approve!’ so that felt welcoming. I managed to use iconic imagery to portray and push the concept forward. It was entertaining to create with these guys and we’re looking forward to making future videos.” 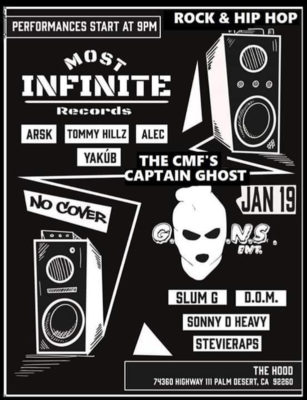 CVW: When will you be releasing your EP/LP? Tell us about the songs and the writing/recording experience.

Brad:  “We don’t have a definitive date to announce at this time, but keep checking in on us because we plan to get our debut EP out soon. A few of the tracks were written and recorded before the band actually started. I had written some songs and was originally thinking of being a recording artist primarily, but the stage called me back. I performed a few solo acoustic shows here in the desert, met a few really cool people including Corwin and Mikey and started bugging them relentlessly to jam, ha ha. Now, with the addition of Nick on guitar the dynamic has changed; some songs have changed and would benefit from a re-recording. We’re entering the studio in a few weeks to complete the EP.”