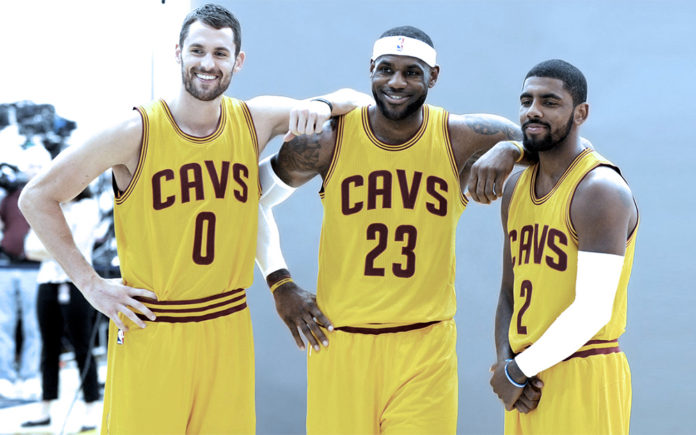 It was easy to get excited about the Cavaliers this season. They brought in a band of big-name players to replace Kyrie Irving, including Dwyane Wade, Jae Crowder, Derrick Rose, Jeff Green, and Isaiah Thomas. But the Cavs dropped their third straight game Sunday, losing 114-95 to the Knicks. They’re 3-4 on the season, with the NBA’s ninth-worst net rating. Their bad start doesn’t spell total doom, but the Cavaliers have inherent issues that will lead to another NBA Finals ouster, or possibly even an earlier demise. Let’s look at the three biggest questions facing what was supposed to be the best team in the East yet again this season.

Did the defense get worse?

Turns out getting older and slower doesn’t make you better, especially on the defensive end. The Cavs are now allowing 109.8 points per 100 possessions, which ranks 27th in the league (worse than the Kings and Bulls). Four players have also scored 30 points or more against the Cavaliers this season, including Kristaps Porzingis (32) and Tim Hardaway Jr. (34); no other team has allowed more than three, per Basketball-Reference.

In addition to some aging, potentially declining players on the roster, the same communication and effort problems that plagued their defense last season remain. “We’re just not talking. We’re not getting back in transition D. We’re not pointing,” Kevin Love said Sunday on NBA TV. Cleveland opponents are getting transition points or early offense with ease, because the team isn’t getting back into defensive stances quick enough.

“It takes trust. It takes communication. It just takes a willingness to do it,” Wade said Sunday. “We have to all get better at all those things, and that’s the only way we’re gonna win ballgames.” It has been only seven games, but you could already assemble a compilation of Cleveland transition defense lowlights. It’s not just the half court, either.

Love went on to say the Cavs’ communication issues can be corrected with better effort, but that’s not entirely true. The roster is fundamentally flawed. Despite the additions of Crowder and Green, they still have too many weak spots on defense. Wade and Rose haven’t played consistently competitive defense for multiple seasons. Korver moves his legs as quickly as he can, but it’s all for naught (even rookie Frank Ntilikina drove by him with ease Sunday). Smith’s spunk wore off last season. Thompson looks complacent (on Sunday, he finished with zero boards in 19 minutes). LeBron hasn’t played regular-season defense in years, and it’s as if the rest of the roster follows his example.

Veterans Jose Calderon (36 years old) and Channing Frye (34) aren’t providing any answers, either. Neither are rookies Cedi Osman and Ante Zizic. The Little Guy, Isaiah Thomas, certainly won’t help their defensive issues, whenever he ends up returning to the floor. The bottom line is that Cleveland is old, and plays like it. Even if the Cavs begin giving effort, it’s hard to imagine that a backcourt featuring Wade, Rose, and Smith will be able to sustain that energy over a 48-minute game.

The Cavaliers need Green and Crowder to be elite defenders, especially with Giannis Antetokounmpo, John Wall, Kyrie Irving, and DeMar DeRozan blocking their path to another Finals. But they aren’t getting high-level defense from either new addition now, and they won’t going forward because neither player has that in him. In Boston, Brad Stevens constantly had to motivate Green to give consistent effort, and it came only in spurts. Crowder’s defense hasn’t been the same ever since a sprained MCL in 2015. He’s also had multiple sprained ankles over the 2015-16 and 2016-17 seasons that sapped his lateral quickness. He’s still effective against forwards, but he’s not the same player against most guards and quicker wings. All these reasons and more give even more validity to the LeBron to Laker Land rumors.