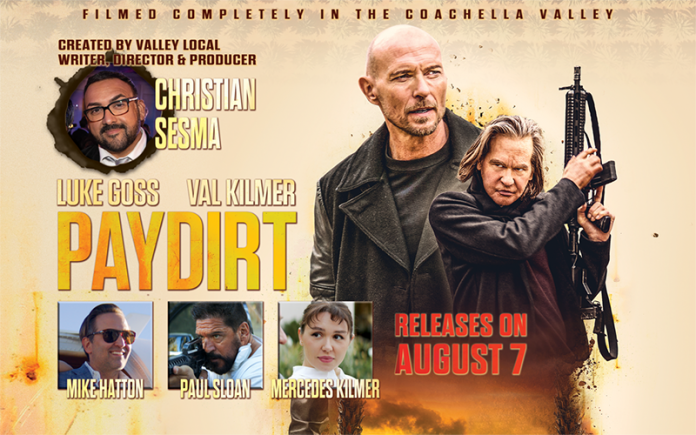 Hollywood theater releases may be at a standstill right now, but that is not stopping Coachella Valley native director Christian Sesma from releasing his new film, Paydirt, to streaming platforms on August 7. The independent thriller follows a parolee that teams up with his old crew determined to find a buried bag of cash stolen five years ago from a DEA bust gone bad, but a retired sheriff’s obsession to right past wrongs leads to a gun blasting showdown in the middle of the desert. 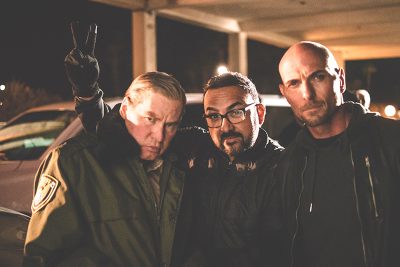 The film features the acting talents of Luke Goss, Val Kilmer, Mike Hatton, and Mercedes Kilmer. “I brought on board my long time producing partner Mike Hatton [of Green Book and Vigilante Diaries fame] who also plays Geoff, the Brains, in Paydirt, to produce. We have done this many times together and I knew that with his additional local ties and production prowess we could execute this very ambitious project successfully,” said Sesma. 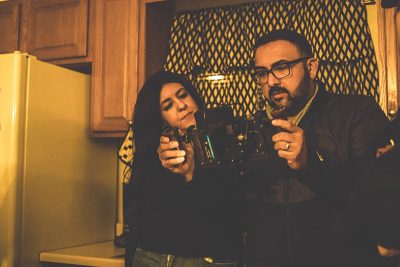 Being born and raised in the Coachella Valley, it was always director Christian Sesma’s dream scenario to be able to shoot in his hometown and bring Hollywood home. When Jack Campbell of Octane Entertainment approached him and asked if he wanted to make a movie again locally, Sesma set out to write a script and tell a story that was specifically catered for the Coachella Valley—especially the East Valley cities of Coachella, Salton Sea, and Thermal.

Mayor Steven Hernandez of Coachella and Paul Slama, head of Fantasy Springs Casino, were crucial resources for Sesma as he set out to create a very contained fun crime heist movie utilizing the casino, small town locations, desert back drops and high production settings. Sesma wanted to depict settings that were lesser known in the Coachella Valley while incorporating his LatinX heritage as 1st generation Mexican American, in an elaborate end scene with Val Kilmer and his daughter, Mercedes, pulling off an intricate Dia De Los Muertos parade. 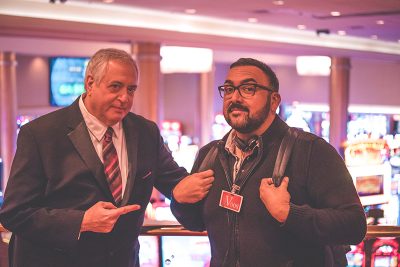 “Although I haven’t seen the film Palm Springs, I’ve heard great things about it and I also know that it wasn’t even filmed in the Coachella Valley. My goal was to make a film for locals that showcased what we know and love about our desert cities. The entire film was shot here, so there’s a lot of Downtown Coachella, date fields, and the Salton Sea in the movie. To share that creation with my hometown is something I’m really proud about,” expressed Sesma.

Paydirt was a massive collaboration with the local community, the College of the Desert film and makeup department. The film also involved non-profits like Coachella-based Raices Cultura and local vendors and business owners. Founded in 2004, Raices Cultura envisions a democratic society with a focus on empowering the Hispanic community and those that have a will to organize to make a change in the community. Sesma is currently the head of Seskri Film Inc…dedicated to mainstream genre entertainment and also has a strong focus on bringing latinx stories to the forefront.  He feels equal representation in the film industry is essential to provide more quality art and entertainment.

“Films should showcase the world we see when we step out our door, not the world that is projected to us. Diversity absolutely matters, so I’m always trying to push and promote that with my projects any time I can, especially during the hiring process so we can give everyone a chance,” said Sesma. 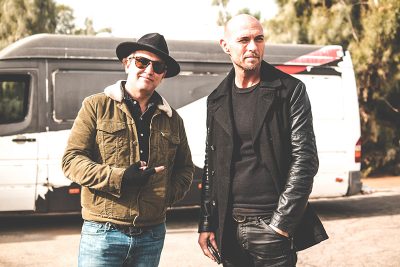 Prior to his involvement in the film industry, Sesma was a successful restaurateur from Palm Springs, and was eventually inspired to pursue his passion for filmmaking after reading Robert Rodriguez’s Rebel without a Crew while attending San Diego State University. He made his first feature in 2006, which was released domestically on Video On Demand and DVD everywhere and has since made a name for himself in the indie action genre as an established filmmaker. One of his most notable works is Vigilante Diaries, a graphic novel style action film released by Anchor Bay, and was also HBO’s first under a million dollar action film acquired in over a decade. Sesma is currently developing a series he created with Executive Producer Reggie Hudlin of Django and Black Panther fame in addition to wrapping production on PayDirt. 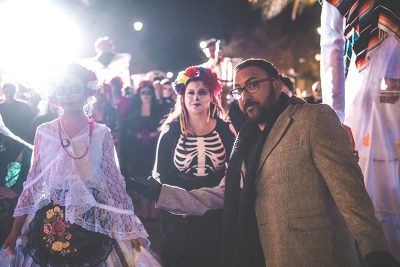 There was a special premiere planned for Paydirt in Palm Springs that ultimately got cancelled due to COVID-19, but the film will be available to watch on various streaming platforms on August 7. Although being in the midst of the coronavirus pandemic has made widespread film releases impossible for theatrical presentations, Sesma is confident in the industry’s ability to adapt to the circumstances and to continue making movies, as art is crucial in times like these to create and flourish. 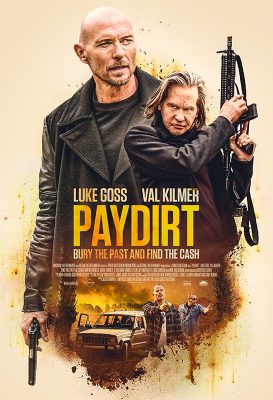 “As a filmmaker, the endgame for me in a movie like Paydirt is to leave the audiences with a feeling of fun and entertainment. If they’ve taken the ride and laughed with the characters and felt something along the way without looking at the time, I feel I’ve succeeded. And in our current climate, I believe fun escapism is more crucial now than ever. My hope for Paydirt is that it finds an outlet that audiences can watch at a drive in, or theater, or to stream from… [like the plot of the film,] it’s about a bunch of buddies, against all odds, pulling off something that they can enjoy at the end of the day,” stated Sesma.

Paydirt will be available ON Demand and on Digital everywhere on August 7.