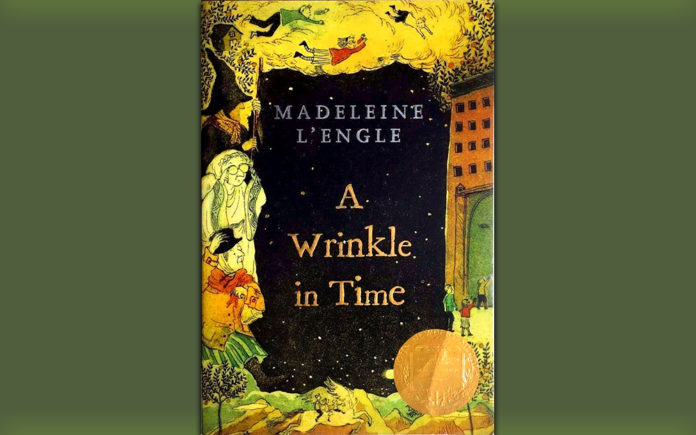 As the Palm Springs International Film Festival continues to screen films from around the world, it’s apropos that we celebrate the written word and the cinematic experience of literary adaptations.

I’m reminded of scripture: “In the beginning was the word, and the word was with God.”

Maybe it’s blasphemous to some to say that writers are like God or gods, but I don’t think it’s an unfair stretch.

Writers design worlds, create beings and let them loose.  Writers create moral dilemmas and ponder existential questions.  Good writing transports us and takes us away without leaving the place where we sit.

Since the start of filmmaking and bringing books to the big screen, there has been a constant belief that the book is always better than the movie.

The characters in a story come to life during the reading process.  The words and actions take a unique shape within the confines of the pages.  A book is a living entity.

How can a movie adaptation of a beloved book ever get into the personal space where the reader has lived in the world the author constructed and set free in our imagination?

The cinematic arts have caught up with narrative fiction.  Movies today can generate just about anything that has been written on the page.  There seems to be no visual limits.

Capturing the essence of a literary story is something much more challenging than merely visual effects.

But, no matter, this remains an exciting time for novelists and filmmakers.

is a book I look forward to seeing actualized on the big screen in this year.

The cinematic technology that now exists makes it possible to bring this book to life like never before.

Written in 1962, this coming-of-age story is beloved around the world by children and adults.

The protagonist is Meg Murry.  It has been a year since her father, a scientist, disappeared.  Her life without her dad is troubled.  She is a misfit, awkward and an outsider.  In fact, Meg’s whole family is considered odd.

When a celestial being appears, it reveals a fifth dimension, a tesseract – a wrinkle in space — which Meg can enter in search of her father.

Meg, her brother Charles, along with their pal Calvin, set out on a perilous inter-dimensional journey through the cosmos.

But the voyage to find the truth, and the exploration of other worlds may be more than they can handle.

The power of this story is that it blends mythology, theology, science and adventure.  The children are innocent, vulnerable, weak and way out of their element.

With the help of three angel-like entities, Mrs. Who, Mrs. Which and Mrs. Whatsit, the children begin to understand the bigger meaning of life when they are faced with temptation, evil and death.

The appeal of this classic story is that the children must confront their fears and overcome their insecurities to save their father.

The “Black Thing” battle is a terrifying fight for human souls.  Books from this era seem to not hold back from the real dangers of existence.  Where there is life, there is death.  A Wrinkle in Time directly deals with good versus evil.

We relate to Meg because she represents the reader and our frail vulnerability and our desire to love and be loved.  We long to know a truth that may be unknowable.

These are universal themes and Meg’s quest is harrowing and transformational.  And that is why we can’t stop reading, and why we search out other books in hopes they can transport us to another place while moving us emotionally, and perhaps even give us answers to the “big” questions.

Based on the Wrinkle in Time movie trailers, the screen adaptation looks to be a brilliantly colorful, lush and visually rich recreation of the source material.

However, keep in mind that what was in your head may not end up on the screen.

But, don’t miss the movie because you’re afraid it will ruin the book for you.  No movie can ruin a book.  That is impossible because the book always remains intact, word-for-word.  The book continues to exist unchanged!

A cinematic adaptation is always an interpretation.  Ideally, it serves the narrative rather than replace it, and it should be considered the filmmaker’s visual expression of the literary story.

We really want those working to bring a cinematic adaptation to life to get it right.  But, if it doesn’t happen, there is always room for another filmmaker to take a try at another time.

Never forget, it all begins with writers and readers.  “In the beginning was the word…”